Posted on September 6, 2021 by Nicholas Serpa in Previews, Reviews, Switch 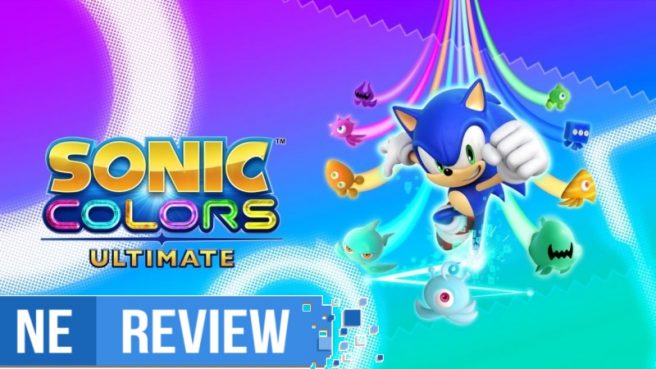 By the time the credits rolled during my playthrough of Sonic Colors: Ultimate, a remaster of the well-received 2010 Wii exclusive Sonic Colors, I had been converted from a skeptic into a believer. Beyond dabbling in a few of the 2D games as a kid, I had long been hesitant to dive into a modern 3D Sonic game; this is a franchise with baggage, so much so that not even Sonic Team seems certain how to please its most diehard fans. So I’m thrilled to report that Sonic Colors: Ultimate is not only overwhelmingly fun to play, but also that the Switch is an excellent place to play it.

Despite being a remaster of a decade-old title, for the most part, Sonic Colors: Ultimate looks and feels like a brand-new game. A handful of the pre-rendered story cutscenes haven’t been touched up to the same extent of the rest of the game, but everything else looks remarkably crisp and colorful, significantly more so than in the original release. It ran remarkably well for me, too – I only noticed a handful of times when the game slowed down, which is hugely important for a game where maintaining speed and flow is so critical to the experience. While there have been reports of glitches and bugs occurring in the Switch version of Sonic Colors: Ultimate, I never encountered any issues whatsoever in my eight or so hours of playing. I’m thrilled that that’s the case because I never had the chance to play Sonic Colors on the Wii, and it feels right at home on a Nintendo platform.

A big reason for that feeling, I think, is that Sonic Colors practices many of the design strengths that Nintendo has perfected in many of its first party games. Perhaps most significantly, there’s an inextricable connection here between how Sonic moves and how Sonic Colors Ultimate’s levels are immaculately designed to encourage and reward mastery of that movement system. Sonic Colors understands that moving quickly feels more rewarding when it’s earned, and consequentially, traveling smoothly and gaining momentum requires precision and quick reaction times throughout. 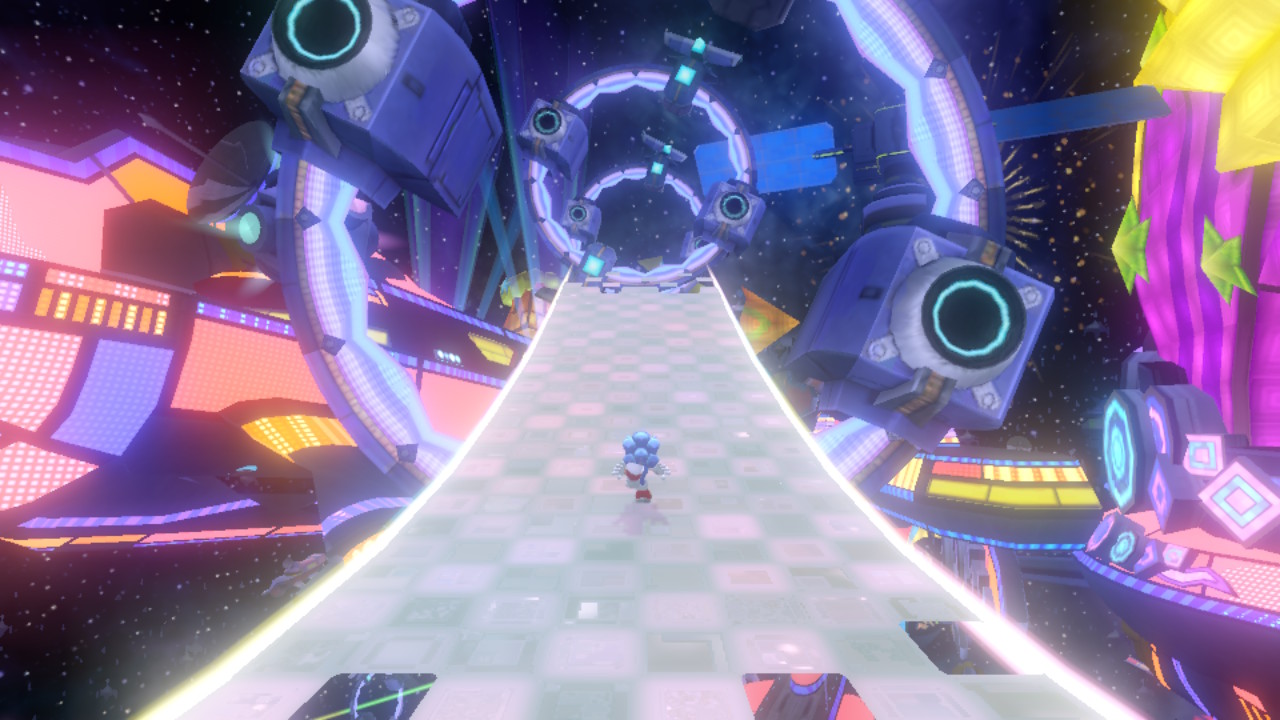 This is perhaps best exemplified by how Sonic Colors: Ultimate balances the Blue Blur’s need for speed with its platforming segments. This isn’t the type of Sonic game in which “going fast” is limited to each stage’s 3D segments and platforming is limited to its side-scrolling portions – in fact, both styles of gameplay share much in common with each other. There’s quite a bit of finesse required to truly excel at navigating the game’s 3D spaces, for example, be that making mid-air adjustments to ensure a safe landing, or executing a perfectly timed slide dash through a row of enemies to maintain your flow. Likewise, I actually found it easier and safer to navigate Sonic Colors’ 2D environments when I had built up more speed, as counterintuitive as that may initially seem.

Even the Wisps – which are essentially Sonic Colors Ultimate’s take on powerups – are designed to augment Sonic’s movements in ways that feel satisfying and rewarding. The pink Wisp, for example, transforms Sonic into a spiked ball that can cling to surfaces of all types, even taking you across spiked floors and up vertical walls. It feels amazing to clear a tricky platforming section, activate the pink Wisp and then effortlessly cruise up and over the hurdles you just worked your way past. The yellow Wisp turns Sonic into a living Drill, which not only enables you to tunnel under obstacles but also quickly cross vast distances underwater. Using the Wisps in Sonic Colors always feels like a reward, and as more and more wisps are unlocked across the game, new routes will open up in previously cleared levels, adding a ton of replayability. 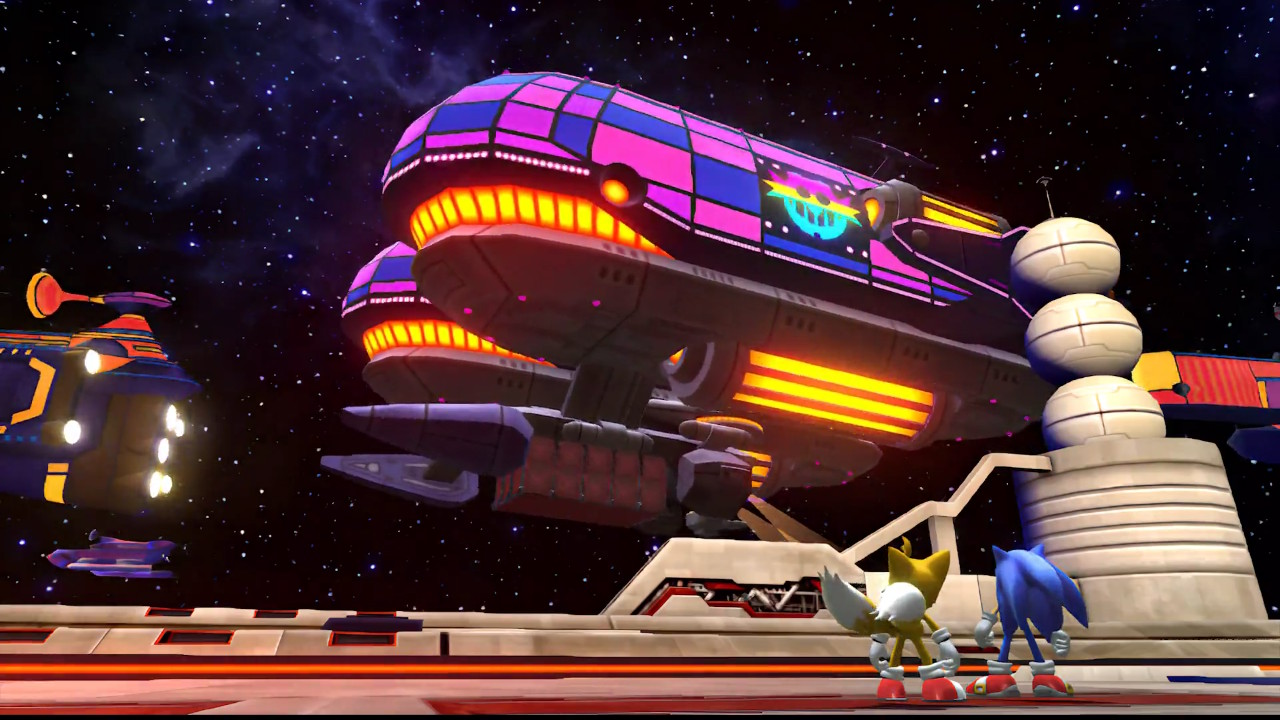 I’ll admit, though, that it took me some time to get used to how Sonic controls. He’s great at going straight but nearly as good at turning – especially at slower speeds – occasionally leading to some moments where I just felt like I didn’t have enough granular control over his direction. I think part of that also is due to the more limited range of the Joy-Con control sticks. Cnce I switched to the Pro Controller, I had a much more straightforward experience. There’s definitely a learning curve if, like me, you’ve never played a 3D Sonic game before, but it wasn’t long before I was getting A ranks on stages that were challenging at first.

I was also blown away by the spectacularly creative and detailed worlds that the level designers at Sonic Team have created. The whole game takes place in Dr. Robotnik’s new outer space amusement park resort, which definitely, totally not an elaborate cover-up for his next misguided evil shenanigan. It’s not the world’s most original premise, but boy does it give Sonic some outstanding environments to visit. From an underwater water park to a rollercoaster that weaves through an asteroid field, there’s not a single location in the game that doesn’t feel fresh and thrilling to explore, and naturally it’s all awash with color and personality. It’s seriously impressive that this was all crammed onto the Wii back in the day and is just as jaw-dropping running on modern hardware. 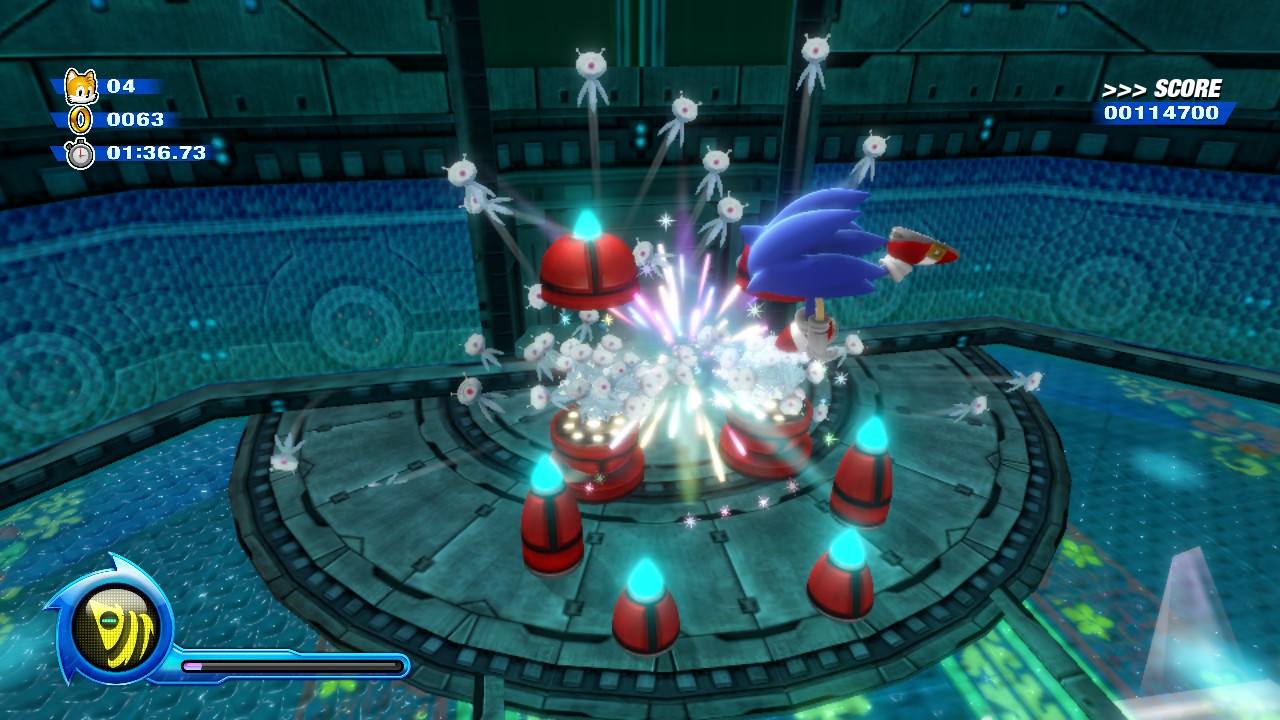 This is all accompanied by a soundtrack that keeps the game’s energy dialed up to 11. Sonic Colors: Ultimate remixes a number of the game’s original tracks – although not all of them, strangely – and it’s filled with absolute bangers. The audio mix overall needs work, though. Cutscene audio is significantly quieter than in-game sounds, particularly when it comes to voice acting, with no great way to manually adjust levels to balance it all out. It makes playing with subtitles all but required if you want to know what’s going on – and you will, because there are some frankly hilarious one-liners spread across the story that honestly made me laugh out loud.

There’s not a significant amount of new content in Sonic Colors: Ultimate beyond the new soundtrack and visuals, with the main additions being unlockable costumes and achievements for Sonic, and time-trial stages where you race against Metal Sonic. None of the new goodies grabbed my attention, and I never felt any reason to focus on anything other than the main story, which I suspect will be the case for most players.

Sonic Colors: Ultimate is the definitive way to play one of Sonic’s most thrilling, polished, and creative 3D outings in recent memory. From its adrenaline-fueled presentation to its rewarding gameplay balance of speed and precision, it’s an excellent starting point for players new to the franchise, and a nostalgic blast to the past for longtime fans.

Sonic Colors: Ultimate copy provided by the publisher for the purposes of this review.