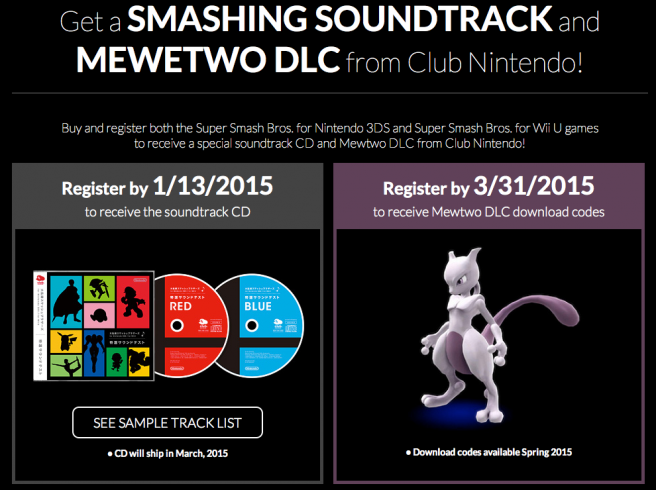 The soundtracks will ship in March of 2015 and the codes for the Mewtwo DLC will be available Spring 2015.