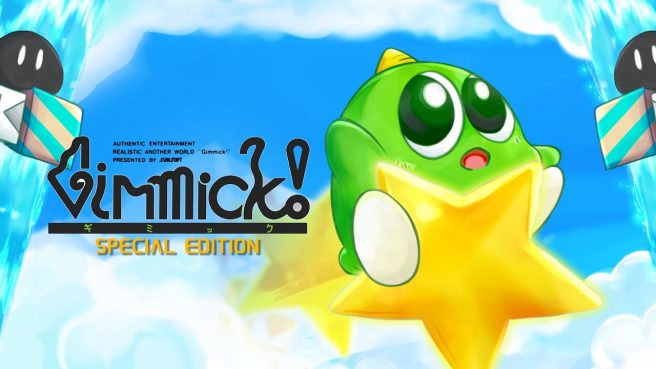 Sunsoft today revealed that it’s bringing back Gimmick!, a platformer the company first launched in 1992. A release is planned for this winter on Switch where it will be called Gimmick! Special Edition.

Gimmick! has players maneuvering the tiny green toy Yumetaro through punishingly difficult levels to save its lost owner. New features are planned for the upcoming release, including achievements, time attack mode, save, load and rewind functions, a gallery mode, and more.