Posted on 3 years ago by Matt(@OnePunchMaz) in News, Screenshots, Switch | 0 comments 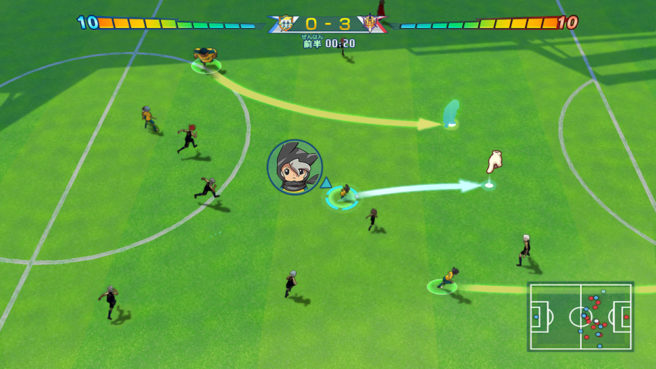 Inazuma Eleven Ares has had a troubled development history, to say the least. It was originally scheduled to launch in Summer of 2018 in Japan, but has been delayed multiple times since then. Last December, after another delay, Level-5 CEO Akihiro Hino talked about the development of the game, revealing that part of the work was outsourced to a third-party developer. Today, Hino provided another status update on the game in a blog post on Level-5’s website (credit goes to Perfectly Nintendo for the translation).

The big news is that Inazuma Eleven Ares is being rebranded – it’s now known as Inazuma Eleven Heroes: Great Road, and its new release date is Spring 2020 in Japan. Development is now being done again internally at Level-5, and several gameplay elements are being reviewed and improved. Although still based on the framework of Ares, Hino considers it a new game. New features include and “Alpha Episode”, a story section featuring characters from previous Inazuma Eleven games. Other improvements include the ability to decide the exact placement of players on the pitch, as well as the addition of some eSports elements. A deep online experience will be a big focus for Level-5 with this game. Hino also shared a single new screenshot from the game, which you can see above.

Inazuma Eleven Ares was previously announced for a Western release, but we’ll have to wait and see what’ll happen with this new version of the game.