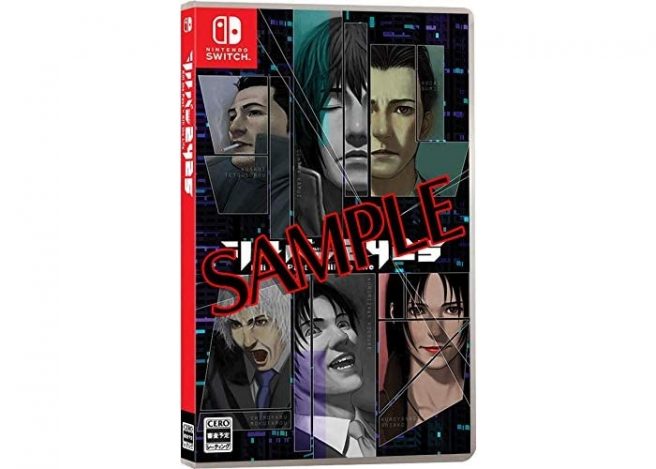 A listing on Amazon Japan has revealed that The Silver 2425 is on the way to Switch. It contains two titles from No More Heroes developer Grasshopper Manufacture: The Silver Case and The 25th Ward: The Silver Case.

Here’s some information about both games plus trailers:

1999 – Tokyo’s 24 Wards. The city has been plagued by a string of serial murders.
The detectives of the 24 Wards Heinous Crimes Unit have their sights set on one particular suspect: Kamui Uehara, legendary serial killer and perpetrator of a number of assassinations of government officials 20 years prior in the now-famous “Silver Case”. However, nobody knows who – or what – Kamui really is.

Is this really the second coming of Kamui? Who is this infamous serial killer, and what is his endgame?

Take control of the protagonist – a member of the Special Forces Unit known as “Republic” – from a first-person perspective and dig deep into the underground of the 24 Wards and the police force itself to unravel the various interconnected mysteries encountered throughout the game. Inspired by classic adventure and visual novel-style games as well as neo-noir and hardboiled detective films, The Silver Case provides a unique and revolutionary gameplay experience as it leads you through deep and engaging storylines filled with puzzles and riddles. Uncover the truth piece by piece as you struggle to survive in this dark and dangerous world where the stakes are even higher than they seem!

A dyed-in-the-wool psychopath who gained the title of “the King of Crime” after stabbing a government official to death. Kamui’s motive is completely shrouded in mystery, and it is not known whether he’s acting alone or following orders from some higher power. His victims are major witnesses of suspicious industrial disasters and persons of interest in legal cases which cannot be tried under the current system.

A straight-laced, mid-level investigator in the 24 Wards Heinous Crimes Unit. Relatively quiet and subdued, he provides a perfect contrast to his partner Kusabi, the more rough-around-the-edges of the pair.

Sumio’s partner, and a grizzled veteran investigator. Back in his regional agent days, he headed the original Silver Case 20 years prior.

A beautiful and level-headed investigator who relies on scientific evidence and raw data to solve crimes.

Calm and collected, Morikawa is a talented investigator who has worked with Kusabi since their days as regional agents. One of the founding members of the Heinous Crimes Unit.

Originally a member of the Public Security Department, Nakategawa has connections in all of the surrounding jurisdictions and is plays a vital role in interdepartmental communications. Rather than going out into the field to investigate crime scenes directly, Nakategawa’s main focus lies in directing investigations from HQ.

The 25th Ward: The Silver Case

About the game:
It is five years since the events of 1999’s “The Silver Case,” set in the new 25th Ward that arose in the bayside area of Kanto. In a room of the “Bayside Tower Land” apartment complex, a woman is found murdered under mysterious circumstances. This sets off a series of seemingly random events bridging across multiple protagonists including The Silver Case’s Tokio Morishima. With all viewpoints assembled, a truly shocking pattern emerges…

Available for the first time outside Japan, The 25th Ward: The Silver Case is presented with completely rebuilt HD assets and additional content not found in the original version.

Key Features:
A SUDA51 Trip – Set in the “Kill the Past” universe, the series continues its bleak look into a semi-futuristic world on the edge of collapse and the misfits and antiheroes that inhabit it.

Brave New World – The return of the signature “Film Window” system is brought to The 25th Ward for the first time! New visuals, sounds and controls capture the game in a fresh perspective.

One Story, Many Sides – Explore this dark take on Tokyo from three different perspectives, “Correctness,” “Placebo,” and “Matchmaker.”

The Silver 2425 will launch for Switch in Japan on February 18, 2021. A western release has not yet been confirmed.