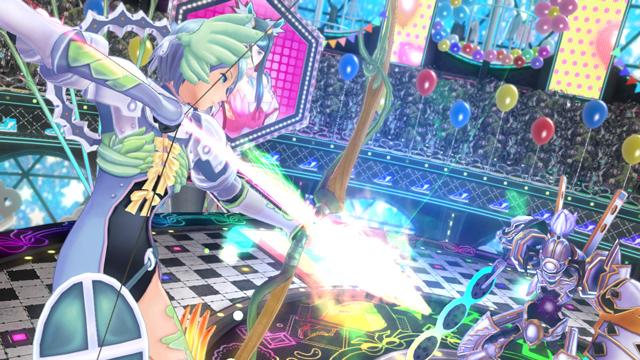 The first one comes from Atlus’ Twitter account and shows a female character using a bow during combat. The second one is a bit more interesting – it’s basically an improved version of a scene we saw in the game’s trailer. Director Mitsuru Hirata mentions that, compared to what we saw in the trailer, ground textures have been improved and more objects have been added. I’ve included a screenshot from the trailer for comparison’s sake – the new image is the one without the UI.

Illusory Revelations #FE will be released in Japan in Q4 2015. A Western release is set for next year.