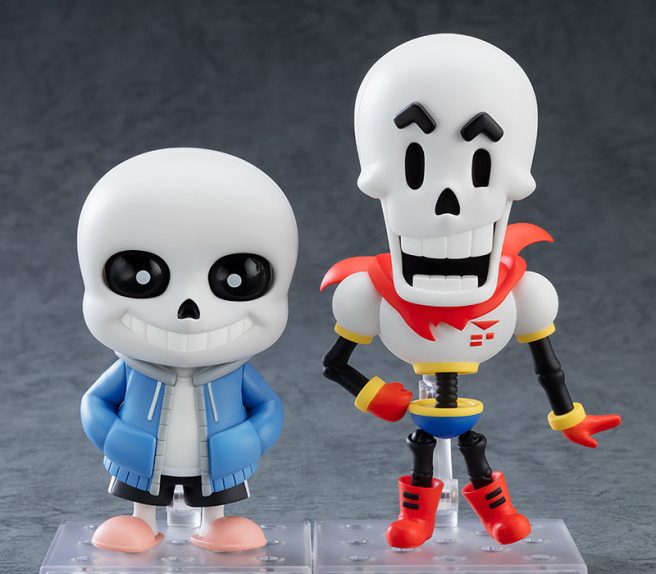 Good Smile has followed up with more information about its Undertale Sans and Papyrus Nendoroids with a release date, photos, and pre-orders.

Both figures are currently planned to ship in November 2022. These figures were first made known last September,  and we then got a first look last month.

Below are the official product descriptions:

From the popular 2D RPG game Undertale comes a Nendoroid of Sans! This lazy bones has been faithfully created in Nendoroid form, with eyes that can be repositioned so he can look in different directions.

Optional parts include a ketchup bottle, hot dog, alternate blue eye parts, and a seated lower body. Be sure to add Nendoroid sans and his cool brother Papyrus (sold separately) to your collection!

From the popular 2D RPG game Undertale comes a Nendoroid of Papyrus! This cool dude has been faithfully created in Nendoroid form, with 3 different face plates and swappable eyebrow parts to express a wide range of emotion.

Optional parts include a plate of spaghetti and the blue bone used in his fabled “blue attack”. Be sure to add Nendoroid Papyrus and his lazy brother Sans (sold separately) to your collection!

And here are some photos:

You can pre-order Undertale Sans Nendoroid on Play-Asia here and the and Papyrus one here. Both have a pre-order deadline of April 14, 2022.