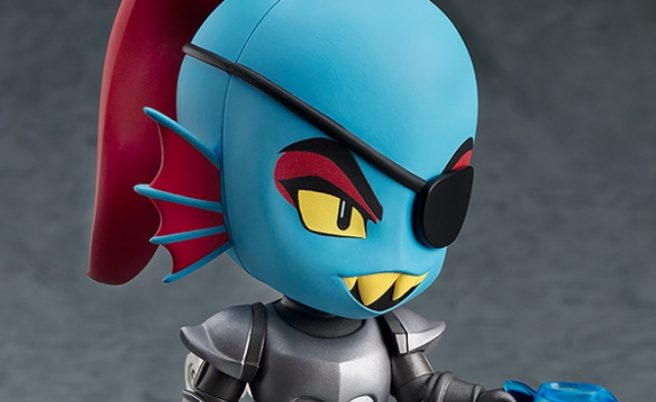 Good Smile is starting to wrap up production on the Undertale Undyne Nendoroid after it was first revealed earlier in the year, and has now shared more information about the figure – including when it’ll be released, what the final design looks like, and pre-orders.

Undyne has two interchangeable face plates – a standard face and a laughing face. Additionally, as optional parts, fans can equip it with the harpoon and fish-shaped mug. Good Smile suggests that fans can create the game’s memorable water-drinking scene in Nendoroid form and says the character “is looking brave, cool, and even a little cute”.

Below are some additional photos showing off the Undertale Undyne Nendoroid:

The new Nendoroid will be available in March 2023, and you can put a pre-order in on Play-Asia here. Note that there’s a reservation deadline of September 22, 2022.

Also, remember that Undyne isn’t the only Nendoroid we’ve seen for the series. Sans and Papyrus are currently on track for November 2022.

Will you be adding the Undyne figure to your collection when it’s made available early next year? Let us know in the comments.