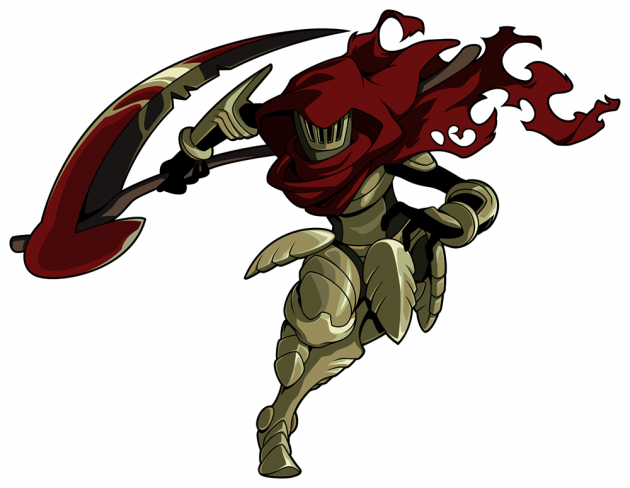 Yacht Club Games posted a new blog today that covers the upcoming Specter Knight campaign from Shovel Knight in-depth. You can see some animated images and a rundown of the character’s different moves here.

As for when the Specter Knight campaign is launching, that’s still unknown at this point. Yacht Club is currently working on all campaigns at once – Specter Knight and King Knight – plus Body Swap and Battle Mode features.

Here’s the rundown from Yacht Club:

When Shovel Knight originally kicked off we focused entirely on making the original Shovel Knight campaign the absolute best! It’s the game we originally pitched and knew we wanted to spend all of our efforts and energy polishing the core campaign. After release, we gathered everyone’s impressions before cracking open the game once more to brew up Plague of Shadows! Plague Knight was a chance to build upon and deliver all new story, characters, and playstyle. We made many iterations (threw out a lot of ideas), and learned some great lessons on how best to extend and change up the existing Shovel Knight game world.

With that experience fresh in our minds, the team here is now working on all remaining campaigns and updates at once! That means Specter Knight, King Knight, Body Swap, and Battle Mode (for PC and consoles). That’s a lot more game — and it should arrive sooner than the wait between Shovel Knight and Plague Knight. Creating these updates simultaneously will allow us to plan more cohesively. How levels change between the two characters, how much time is needed for new mechanics/systems, stories interweaving, and so on. Once we’re nearing completion on one set of updates, we’ll be switching our focus to a single campaign to make sure it’s polished for release. Then we’ll be doing the same by switching to the next campaign! Here are some answers to the most frequent questions: