Ys VIII launches for Switch on June 26 in North America, June 29 in Europe 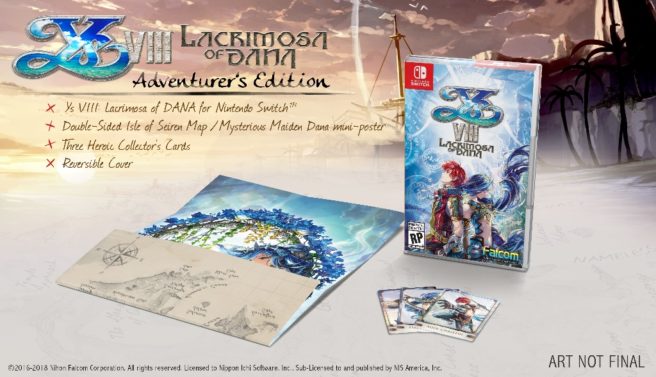 NIS America revealed the western release date for Ys VIII on Switch today. The game is arriving on June 26 in North America and June 29 in Europe.

On Switch, content from both the PS4 and PS Vita versions will be included. Also, he Day One Adventurer’s Edition contains a reversible cover, an exclusive foil pack of three character cards featuring Adol, Dana, and Dogi, as well as a double-sided poster featuring Dana and the Map of the Isle of Seiren.

We’ve included a new trailer for Ys VIII below.