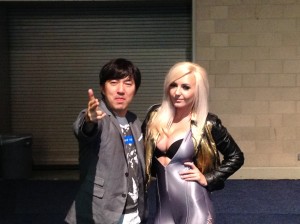 Probably the best photo from the day.

This final E3 2013 episode has impressions of Killer is Dead, The Legend of Zelda: A Link Between Worlds, some final thoughts on Super Mario 3D World, and much more. As always we get your listener mail and go over some categorized favorites at the end of the show, like our favorite booth attendants!

“I see it as a spiritual sequel, a continuation, refinement, and extrapolation of what was established in Sonic Colors.”

I must say, I don’t think I’ve felt this much buzz surrounding the (we’re far past much-)maligned Sonic franchise since the release of Sonic Unleashed back in 2008. While that iteration ended up as all of the others have in the post-Adventure scrap heap, something feels different about this. It felt like in the trailer as though an emphasis was placed on technical gameplay as opposed to a return to something: speed, the 90’s, etc. The last title in the 3D Sonic series, 2011’s Sonic Colors, was surprisingly solid, and although it fundamentally lacked enough to be considered a triple-A title, it showed finally that Sega team, behind director Morio Kishimoto, was willing to look behind the confines the original trilogy on Genesis imposed upon the series.

Sir Kishimoto is back at it this time, and golly was I interested in giving Sonic yet another last go at this year’s E3.

END_OF_DOCUMENT_TOKEN_TO_BE_REPLACED

[E3 Feature] Pac is back

As the second day of E3 2013 came to a close, Austin showed me an interesting bit of swag he acquired from his booth tour of Namco-Bandai, and I’d like to share it with you all, as this could be pretty big. As the story goes, as he was leaving, he noticed a box marked “Do Not Open– Day 3” next to the exitway of the tour. Curiosity proved too much, and after sneaking under a barricade and opening the box, he found it filled with these:

END_OF_DOCUMENT_TOKEN_TO_BE_REPLACED 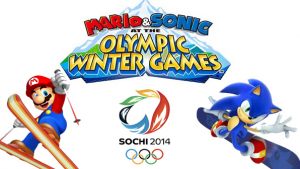 The blue blur and his plump plumbing rival return to The Olympics, but it’s not as exciting as Nintendo and SEGA might want you to believe.

Alright, alright so I know you all have been DYING to know more about Mario & Sonic at the Sochi 2014 Olympic Winter Games (phew), so here’s the scoop: Unless the frame rate and controls are improved– or the other mini games available in the full version are more fun than what I played– it will not be worth $60.

END_OF_DOCUMENT_TOKEN_TO_BE_REPLACED

The latest entry in the Pikmin series has been in the works for nearly 9 years, and it shows.

Were you to ask me what I’d be excited for the most coming into Nintendo’s first E3 with the Wii U on the-stocking-shelves a few days ago, I’d probably have a fully mindful answer for each finger-on-the-hand. Given the somewhat sparse industry-wide response to Nintendo’s follow-up to the successful Wii, and with two competitor consoles set to drop in five months, I was fully expecting Nintendo to arrive at the Los Angeles Convention Center guns a-blazing, ready to duke it out with Sony and Microsoft the way they do best: releasing can’t miss first-party Nintendo gaming experiences that no other platform really has an equal for.

END_OF_DOCUMENT_TOKEN_TO_BE_REPLACED 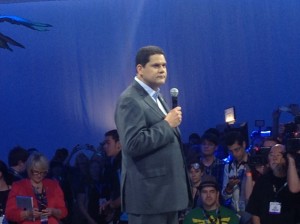 I took this picture. It was glorious.

The second of our E3 2013 podcast specials is slightly more focused… but still a little odd. We give our impressions of Phoenix Wright: Dual Destinies, Killer is Dead, Bayonetta 2, and Batman: Arkham Origins (which we liked), as well as some thoughts on Mario 3D World, LEGO: Friends, and Deus Ex: Human Revolution , (which we were more tepid towards). Your listener mail rounds out this one. 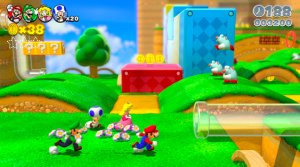 The gang craps all over Super Mario 3D World, loves Pikmin 3, praises Platinum Games, and gets into the most intense laughing fit the world has ever known. We’d like to apologize in advance for the length, the content, and the potentially loud snores from Laura as she fell asleep halfway through.

Posted on 9 years ago by Austin(@NE_Austin) in Features, Reviews, Wii U eShop | 0 comments 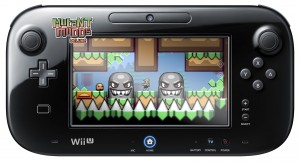 Can this “12-bit” platformer still stack up now that it’s in HD?

There was something exceptionally captivating about Mutant Mudds when it released on 3DS back in January of 2012. I think, for me, the combination of slower-paced platforming and old school difficulty that Renegade Kid created scratched an itch that few games do, so naturally I was quite pleased upon hearing the announcement of an HD re-release for Max and his muddy rivals on Wii U.

It has been a long and arduous wait (the game was meant to hit Wii U much closer to launch after all), but I’ve finally got my hands on all 80 levels of Mutant Mudds Deluxe and I must report: It’s every bit as good as you’d think.

END_OF_DOCUMENT_TOKEN_TO_BE_REPLACED 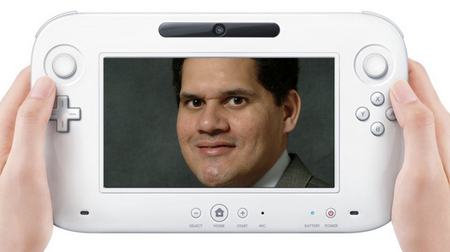 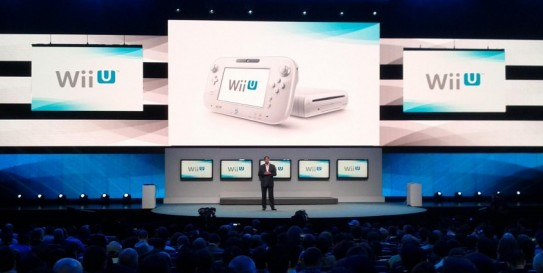 No conference, but Nintendo Direct is almost as good as far as I’m concerned!

This is a survey that requires no signing up, accounts, clicking through ads, or anything. Just answer a required question, answer a non-required question (if you want) and make your voice heard in yet another NintendoEverything reader survey poll thing! Results will be read in the form of our top ten list on the next podcast, and if you opted to answer the written question your answer could be read on the show! So don’t say anything ridiculous.

Thanks very much. As stated above the topic for you guys this week is “Your E3 Predictions”.

Take the survey here! (more details inside if you’re confused)