Amazon: “Nintendo is here to stay and Nintendo will do very well this year”

Posted on 8 years ago by Austin(@NE_Austin) in 3DS, General Nintendo, News, Wii U | 4 Comments 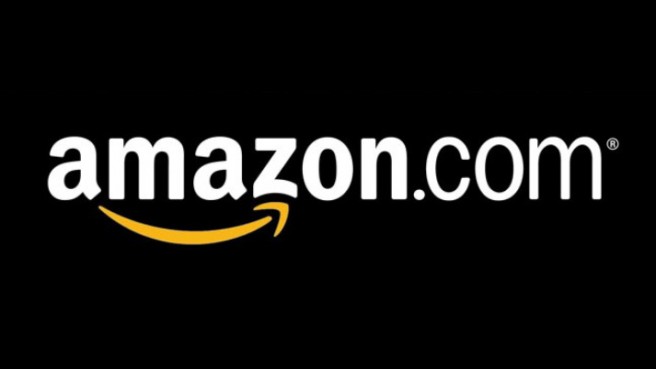 It’s weird to watch Amazon and Nintendo interact. The two companies have been at odds in the past with 3DS and Wii U sales, but occasionally something crops up that might hint at the two working together once again, only to have those hopes dashed by news of Amazon ceasing the selling of Wii Us or some other catastrophic bit of mishap. Today, however, Amazon seems to be on the positive side of the big N. Here’s what they had to say about the company’s future:

“Contrary to a lot of people’s opinion, Nintendo is here to stay and Nintendo will do very well this year. They’re not going to meet their expectations, absolutely, but they’ve still got strong franchises and strong hardware and if you look at the back end of last year when they had a fairly good release slate, it certainly drove their hardware. 3DS has done very well for us so that format is here to stay.

“I think Nintendo have this [negative view] imposed on them and it’s driven by a lot of the media, and the media drives perception,” he said. “Nintendo are getting a lot of bad press and PR and as soon as anything negative is out there it’s a media frenzy. It diminishes what they’ve actually done. If you look at 3DS as a format, it has done very well last year – had that sort of performance been with Microsoft or Sony, my personal opinion is that everybody would be thinking ‘wow, what a fantastic job’. Because it’s Nintendo and they’ve been embroiled in this negative PR frenzy, everyone thinks it’s a dying format. It’s absolutely not.”

So at least in the UK, and at least within the game’s division of the company, Amazon appears to be feeling more or less positively about Nintendo. That’s sort of nice, right?

Posted on 8 years ago by Austin(@NE_Austin) in Features, Podcast | 0 comments 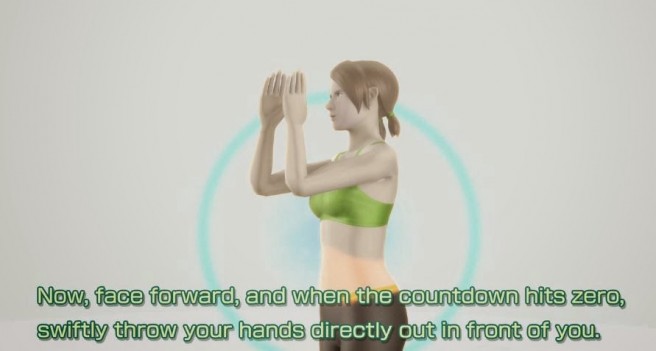 ON THIS EPISODE: Jack re-fills us in with some love of Papers, Please, Laura causes a long and hearty discussion about Little Inferno, and Austin continues to berate A Link Between Worlds while praising Oracle of Ages.

PLUS: A lot of news about Nintendo’s future and their new “Quality of Life” business strategy— a discussion ensues.

AND: Plenty of listener mail about achievements, Nintendo’s future, and our favorite sequels rounds out the show.

Posted on 8 years ago by Austin(@NE_Austin) in News, Screenshots, Wii U | 1 Comment 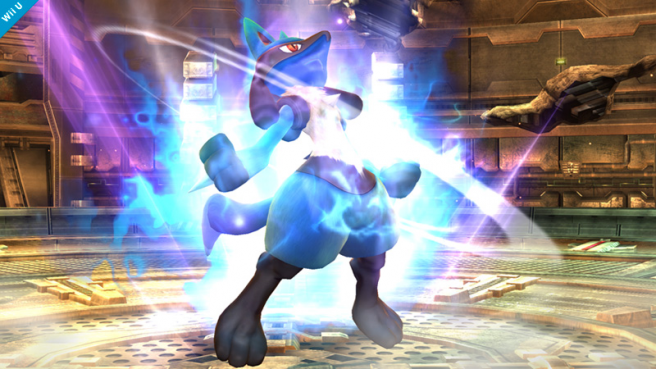 Along with the above screenshot, Sakurai passed along the following messages via Miiverse:

Pic of the day. The heroic Aura Pokémon, Lucario, joins the battle!! We’ve increased the influence of Aura this time, so a damaged Lucario is truly a force to be reckoned with.

Lucario joined the battle for the first time in Super Smash Bros. Brawl, which was released six years ago. The production staff of Brawl worked really hard to expand the character roster–without their efforts, Lucario probably never would have joined the battle.

Posted on 8 years ago by Austin(@NE_Austin) in Reviews, Wii U eShop | 5 Comments 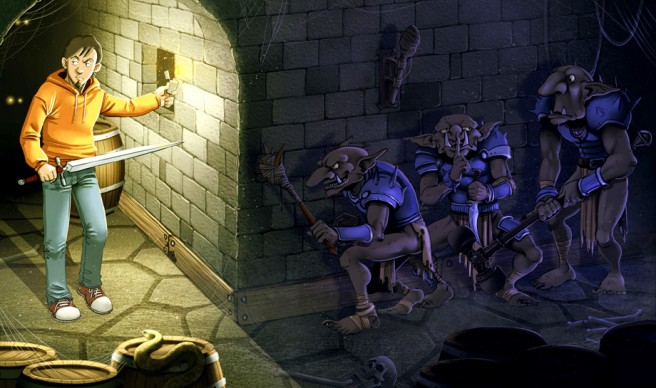 Posted on 8 years ago by Austin(@NE_Austin) in News, Wii U | 5 Comments

Every Assassin’s Creed game has featured a particular historical time period– old Italy, the Caribbean, revolutionary America, etc– in addition to smaller present-day sections that serve as story tie-ins and lore-builders. Those present-day sections, however, really aren’t the point according to series writer Darby McDevitt:

“The backbone of this series is visiting different time periods and bringing them to life. A lot of hardcore fans really like the present day stuff, and while that’s the bookend and narrative wrapper of this series, that’s not the point.”

McDevitt talks about a lot more regarding the series in a great interview with EDGE Online. Check it out if you have the time.

Posted on 9 years ago by Austin(@NE_Austin) in News, Screenshots, Wii U | 0 comments 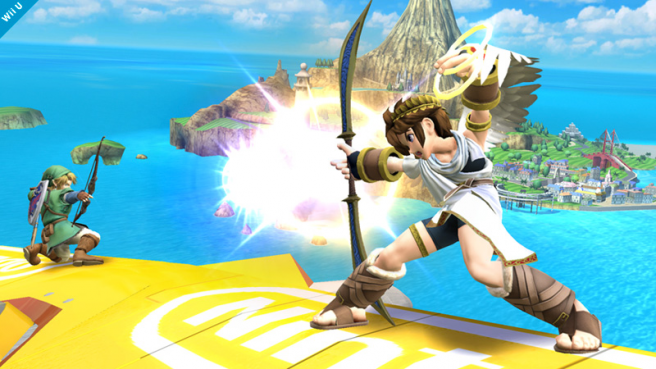 Along with the above screenshot, game director Masahiro Sakurai shared the following message via Miiverse:

Pic of the day. Both Link and Pit use bows, but when they fire simultaneously, their arrows meet and cancel out closer to Pit. Besides attack power and projectile speed, there are many elements that affect tactics, such as accuracy, vulnerability after attacking, and even seemingly unrelated features like a character’s physical abilities.

Danger, Inc. created a Game Boy Advance-based mobile phone with digital game downloads back in 2004, “Nintendo were blown away” 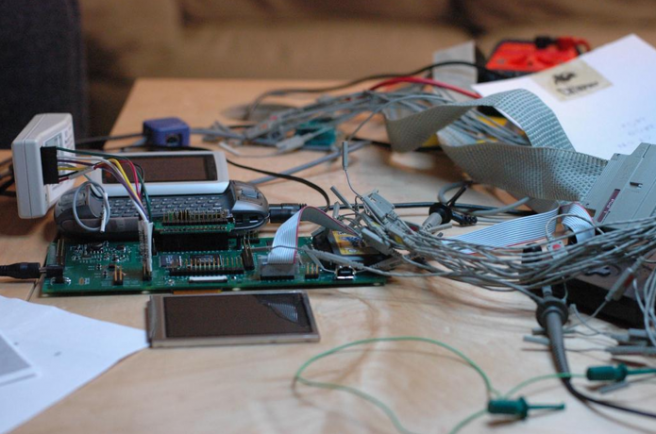 Here’s an incredibly interesting bit of reading for you: A company called Danger, Inc. once took their prototype for a T-Mobile Sidekick (also known as the “hiptop”), merged it with a Game Boy Advance chipset, created an online “app store” of sorts to purchase digital Game Boy Advance game copies, and sent it off to Nintendo for them to take a look at. Nintendo’s response? Read it below, as it’s worth hearing it through the first-hand account:

END_OF_DOCUMENT_TOKEN_TO_BE_REPLACED

Posted on 9 years ago by Austin(@NE_Austin) in News, Screenshots, Wii U | 0 comments 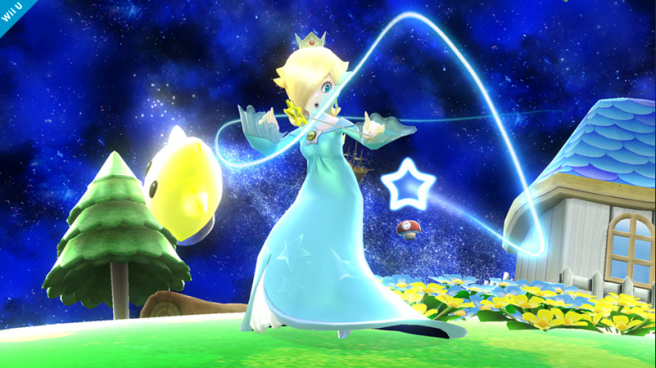 Along with the above screenshot, Sakurai shared the following message via Miiverse:

Pic of the day. Rosalina’s down special move, tentatively called the Gravitational Pull, sucks up items and weapons. Weapons will be disabled when using this move, of course. You have to shake the Wii Remote to perform this move in Super Mario Galaxy, but you won’t need to do that in this game.

Posted on 9 years ago by Austin(@NE_Austin) in Features, Podcast | 1 Comment 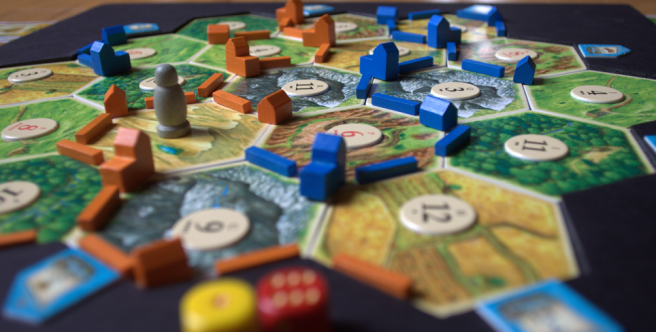 ON THIS EPISODE: Austin lambastes A Link Between Worlds further, Aysha (filling in for Laura) gives us her impressions of Orcs Must Die! and Outlast, and Jack sings the praises of Papers, Please and Super Paper Mario.

PLUS: Listener mail includes some criticism of achievements, lots of speculation about Nintendo’s future, and a fairly entertaining song about our podcast! Plus more.

AND: We try to play Settlers of Catan while doing the podcast for the first hour. It uh… didn’t work out so well.

Posted on 9 years ago by Austin(@NE_Austin) in 3DS, News, Screenshots | 0 comments 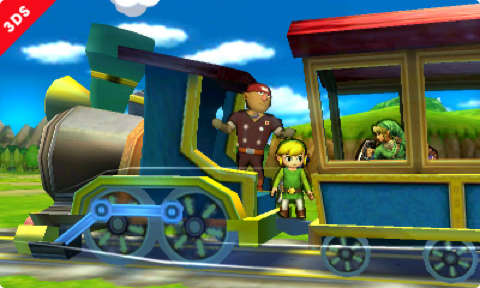 Along with the above screenshot, Sakurai passed along the following charming message through Miiverse:

Pic of the day. When Toon Link joins the battle, Alfonzo is in charge of the train.