Bit Dungeon+ hitting the European Wii U eShop on July 14 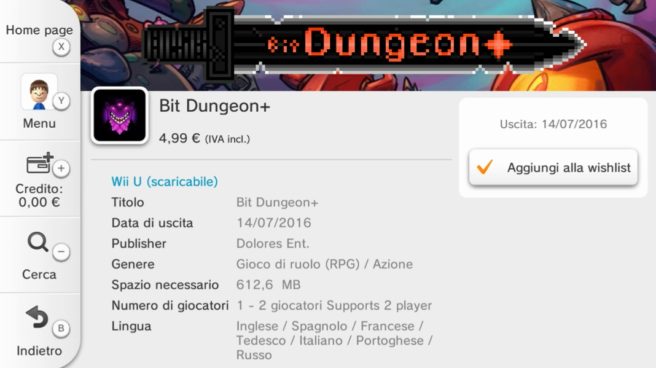 We mentioned last month that Bit Dungeon+ would be making its way to Wii U soon. For those that missed the news, here’s the game’s trailer: