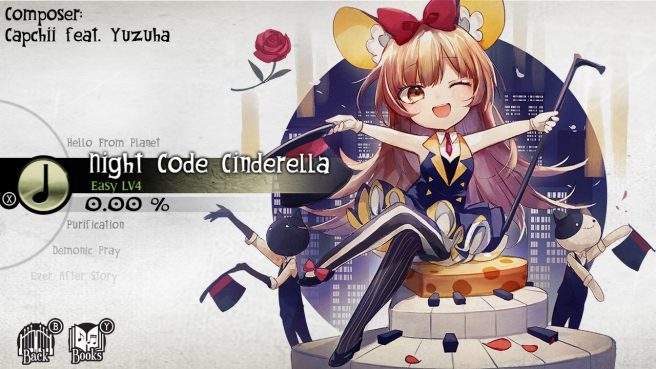 Yet another update for the rhythm game Deemo has gone live on Switch, with players now having access to version 1.12. It includes a total of 18 new songs. There are now almost 400 tracks in the game – 390 to be specific.

Deemo, despite first appearing on Switch in 2017, has been regularly updated with new songs. This year alone the game has received patches in July, August, September, and November. Each one has added more tracks.

As a refresher, here’s some information about Deemo:

Deemo is a simple rhythm game set in a fantasy world filled with beautiful imagery.

Touch the “notes” that stream toward the screen in time with the music.
The system is easy to understand, and players are able to enjoy gameplay which resembles playing a piano.

There are over 200 pieces of music to choose from, with difficulty levels of EASY, NORMAL, and HARD.
Suitable for rhythm game beginners and experienced players who need more of a challenge.

Music is created mostly by Taiwanese and Japanese composers, with a diverse selection of vocal and instrumental songs spanning a wide range of genres.

Deemo is a mysterious being who lives alone in a castle, playing the piano to itself.
One day, a little girl with no memory falls from the sky, breaking his solitude.

Deemo feels compelled to help her get home to her world.
While looking for a way to return her to the sky, Deemo notices a small sapling which grows the more music is played.
If Deemo is able to make it grow into a tree, tall enough so it would reach the window in the ceiling, she may just be able to get home.

As the two interact, Deemo learns what it means to have a friend.
What awaits the two when the little girl regains her memory?
This is a slightly strange, touching tale –

All players on Switch can access the new version 1.12 Deemo update now for free.