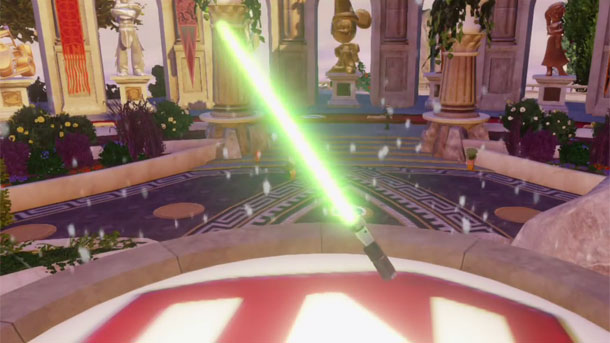 Interestingly, the lightsaber pack began with a different design. As Vignocchi explained:

“The pack initially was shaped like Yoda playing off of the Luke and Yoda thing, and then you pulled the lightsaber out from the backpack, but it eventually became the Rebel alliance logo. It’s the ultimate unlock in the game. It does the most damage of any weapon in the game.”

Avalanche general manager John Blackburn also spoke about how the team wasn’t sure how to approach the lightsaber initially:

“Back then all the characters just had a three-hit combo when you put something in their hand. We didn’t go through and decide what all the damage should be against every enemy and in every playset, so I think we made it do like 10 damage, 10 damage, 1,000. The last hit always blows everything apart.”