[Interview] Drawn to Life: Two Realms dev on how the game came to be, series’ future, more

Posted on December 6, 2020 by Brian(@NE_Brian) in Interviews, Switch eShop 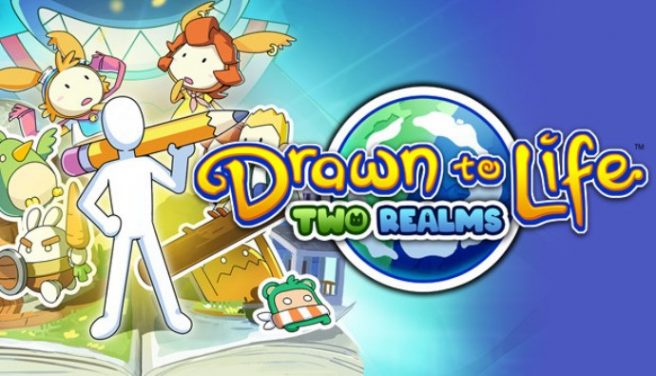 After many years without a new game, Drawn to Life is returning next week with its latest entry, Two Realms. 505 Games now has the franchise rights, and teamed up with Digital Continue to make the new project happen. A number of staffers who worked on previous Drawn to Life games are returning, so it’s looking like it’s in safe hands.

To learn more about Drawn to Life: Two Realms, Nintendo Everything recently spoke with Digital Continue founder Joseph Tringali. Tringali spoke about how the new game to be, reworking the experience for devices that don’t feature a stylus, the story, and what could lie ahead for the franchise’s future.

It’s been quite some time since we’ve seen a new Drawn to Life game, so how did Two Realms come to be and how did Digital Continue get involved with the project?

As executive producer on the first two games, I wanted to do another Drawn to Life game even going back to the final years at 5TH Cell. There were always circumstances that prevented it from happening. After starting Digital Continue in 2016, I continued to look for opportunities to revisit the franchise. I knew the biz dev guy at 505 Games, so we’d connect from time to time and I’d mention some ideas we had for the franchise. Late in 2018, we pitched a concept and the timing worked out to bring a new title to the franchise.

What is it like having staff from the original games work on Drawn to Life: Two Realms after so many years since the last game? How many former developers are involved?

It’s great to have the continuity that comes with having key pieces of the original games involved, especially on the art side. We always wanted the next iteration to build on the sprite aesthetic from the original, so we were excited that Chern Fai [artist] joined the team for the project. We also have contributions from Edison Yan, the concept / art director for the previous games, as well as our very own Composer David J Franco who scored an amazing new soundtrack.

Can you talk about some of the new features like the Creation Tool?

The Creation Tool is an expanded version of the original Draw Tool. Without the limitations of the Nintendo DS, we were able to add a full color picker, with millions of colors, as well as a whole new section that allows the player to place, rotate, and resize pre-designed stickers to customize their Hero, as well as body parts from the dozens of Hero templates that are included. We still allow for zoom in for those who want to edit pixel by pixel.

The original Drawn to Life was a clever idea both inspired and limited by the DS hardware. How does more powerful, but less “drawing-friendly” hardware impact the game’s design?

So, we’re aware that the Nintendo DS was perfectly positioned from a hardware perspective. That’s one of the challenges that prevented the franchise from moving on these past 10 or so years. How do you replicate the feel of the stylus? We have more power, but that’s not as relevant when the obstacle is the control. Eventually we came to the conclusion that it’s not possible to replicate a pen or stylus (the mouse on PC comes close), and in order to bring the franchise to new consoles, including the Nintendo Switch, we needed another solution.

So that’s how we came to focus on stickers, swapping out existing templates, and other controller friendly customizations. One of the biggest design hurdles with controller drawing is the accuracy, so we designed and implemented a system that allows the player to control the speed of the cursor while drawing, to give them a lot more control over the experience. This is done by pressing in on the L-Stick, and have five different settings from very slow, to extremely fast, in case they want to move over to the UI and select another color or other draw options.

Many fans are wondering about the story in the game as well as how it relates to previous entries in the series. Is there anything you can share?

The story picks up a few years after the concluding events in the DS version of Drawn to Life: The Next Chapter. The Raposa are alive and well, and we’re introduced to a new Realm – the world of the humans. Many characters from the original franchise make an appearance in the game. My goal with the story in Two Realms is answer some lingering questions from the original games, allow the player to explore the Human Realm, introduce the threat that faces both realms, and set the stage for future games in the franchise – should we find success with this one. I believe there are a ton of engaging possibilities in both Realms for future games.

Will there be a trading feature like in the first two games?

No trading at this point.

Since it’s digital-only, Two Realms seems to be slightly smaller in scope compared to previous Drawn to Life games. Is that the case, and if so, were there any talks of making a bigger adventure that would be more suited for retail?

The estimated scope of Drawn to Life games is always hard to nail down, since there are a lot of players who spend hours customizing their Hero. I’d say there are 10-12 hours of content including the story, core levels, and additional challenges, which is comparable to the first two games. The title has a soundtrack and customization tools that match up with previous retail titles. In my opinion, it’s a great value at the $9.99 price point, considering the first two games retailed for $29.99. My hope is that the price point is conducive to both existing and new fans. The scope of the game was always planned to match an experience around this price point, although as I mentioned, I’d love to do a bigger Drawn to Life title down the road.

How long do you estimate it’ll take players to complete the campaign?

There are some very challenging levels later in the game which will definitely involve trial and error. I’d say the campaign is maybe 8-10 hours.

How has it been developing for Switch? Are there plans to use any of the system’s features?

Drawn to Life: Two Realms is our studios third Nintendo Switch game. We shipped the multiplayer action game, Next Up Hero in 2018, and launched SuperMash, our genre masher earlier in 2020. We love Nintendo as a company, and it’s always fun to develop for a platform that everyone is personally gaming on. Drawn to Life: Two Realms didn’t require any special Switch features, but the portability and screen resolution helps the pixel art to really shine.

We know that Drawn to Life: Two Realms will also be on mobile. Are there any plans for cross-save support between versions?

There is no cross save support between versions. When you get into account sharing / saving, the level of complication and cost goes up significantly. Something we certainly considered initially but didn’t fit with what we could accomplish with the resources and schedule we had.

Do you think there’s any sort of possibility of bringing the previous Drawn to Life games to Switch?

I’ve given a good amount of thought to it, and it’s something I’d love to tackle. Direct ports aren’t an option because of the extensive stylus features in the first two, but there are some cool ideas that I think could work well. Doing this, along with a bigger sequel, are both things we’d love to take on. However, any future plans depend 100 percent on a big enough audience to be there for it. It’s going to depend on the reception of Two Realms.

What do you believe is the future of the Drawn to Life franchise? Now that a new game is finally being released after such a long period, do you feel like there’s still room for the series to grow with more stories to tell?

There is a ton of room for this franchise to grow and expand, and one of my goals in Two Realms was to set the stage for future titles. Expand the worlds, introduce the real threat to the world. I don’t think expansion is limited to just games, but I think the IP itself is very merchandisable. I also do not feel future games need to be limited to the platforming genre. If we can justify the investment, I think the desire to develop is definitely there!

You can get your hands on Drawn to Life: Two Realms when it launches for Switch via the eShop on December 7.