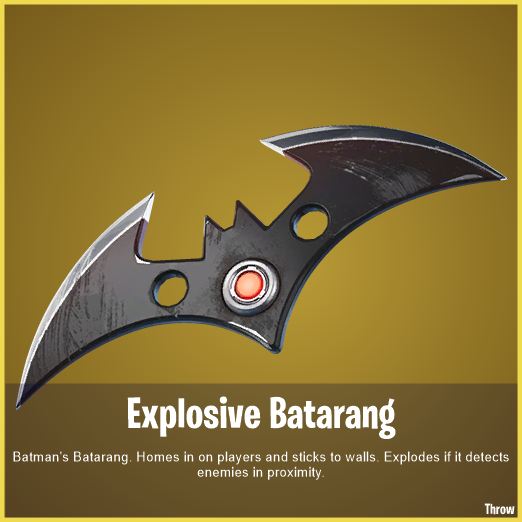 Fortnite may have another big collaboration in its pocket. Shortly after the game’s 10.31 update released today, dataminers quickly went to work and discovered that a bunch of Batman content appears to be inbound.

New gear, skins, and locations were found, and they could be ready for Batman Day on September 21. One new aspect is the Explosive Batarang that can home in on enemies or stick to walls and explode when other players are within proximity, as well as the Grapnel Gun. Tilted Towers will also be updated to look more in line with Gotham City. Finally, fans can expect new “Welcome to Gotham” challenges that provide rewards such as sprays and a glider for completing tasks that include “light a bat signal.”

Here are a few images from the datamine: