Posted on February 6, 2022 by Brian(@NE_Brian) in Interviews, Switch 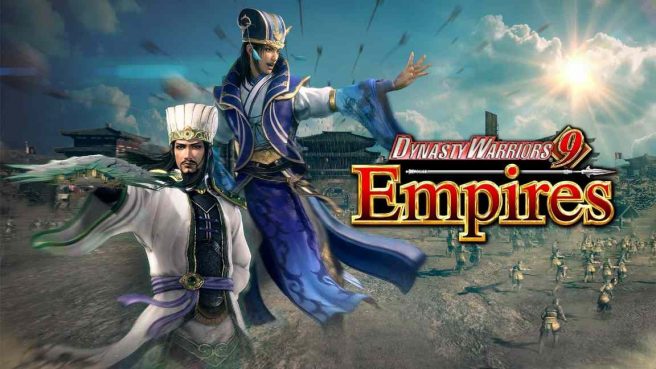 Dynasty Warriors series producer Akihiro Suzuki has opened up about Dynasty Warriors 9 Empires, including how it came to be, what to expect from the Switch version, and more. This comes ahead of the game’s western debut this month.

Dynasty Warriors 9 was a very, very big game, and with Empires it puts more emphasis on strategy in a stage-like format. Even with its open-world somewhat stripped away, never did we think we would see something of that magnitude even be considered for Switch. What prompted the motivation to tackle getting it on the platform, and are you happy with the results?

The reason we are releasing it for the Switch is because we want to allow more people to be able to play the game. We’ve made adjustments to match the Switch hardware specs and features, so I think everyone will enjoy playing it on the Switch.

Since there are many numbered entries in the Dynasty Warriors series, and the Warriors series as a whole has expanded including the collaboration titles, I felt that we needed to innovate the game. We decided on an open world system, because it allowed us to add tactical elements to battles, and allowed for freedom in how the game unfolds.

Adding on to the last question, for Dynasty Warriors 9 Empires, did the team feel necessary to come back and give it a proper second chance to unlock the untapped potential of its initial release?

Our approach is that the main Dynasty Warriors series and the Empires series are games with different concepts, so it’s not that we’re stepping back from what we did in DW9. When looking at the Empires series on its own, I think that renewing the battle system to castle sieges is a step forward for the series.

How has performance been addressed for Empires in comparison to the original game? Was there a lot that had to be done to make up for the lesser specifications of Switch?

What ultimately led to the decision of a more strategy-focused version of Dynasty Warriors 9? A lot of fans thought an Empires version would be skipped in favor of working on Dynasty Warriors 10.

Does Dynasty Warriors 9 Empires address the issue of most of the decent weapons being locked behind DLC to make for a more accessible experience? Some players had mixed feelings about the three season passes at the time.

In DW9 Empires, the weapons released as DLC for DW9 can be used from the start of the game.

Looking back on Dynasty Warriors 9, is there an eagerness to explore more open world titles in the future, or was this more of an experimental phase?

While I feel there’s still potential for the open world system, future plans are still undecided.

Dynasty Warriors 9 Empires launches for Switch in North America and Europe on February 15, 2022.