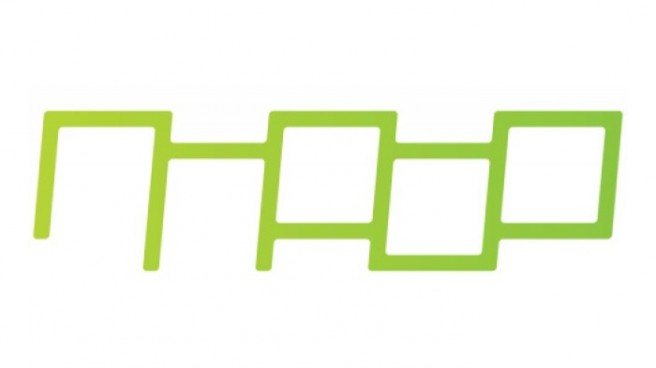 We were recently given the opportunity to interview Nic Watt, founder/creative director for Nnooo. Watt tackled questions about Blast ‘Em Bunnies, escapeVektor, the eShop, and more.

Head past the break for our full interview.

How did the concept for Blast ‘Em Bunnies come about?

Following on from Spirit Hunters Inc and escapeVektor which were both really well reviewed by most outlets and very well received by our fans we were looking for a game idea which could be a little more commercially focused.

We noticed that with escapeVektor it was getting a lot of great reviews and awards but for many players it was a hard sell due to its abstract nature. With Spirit Hunters Inc the video for the game went really high in the eShop charts but the transfer to sales was not at the same level. I came to the conclusion that both games were hard to market to players in a way that ensured they got the excitement and fun of the games. We knew if we could get people playing they would love them both but both concepts were perhaps a hard sell.

At the same time we had just come off two projects (escapeVektor and Spirit Hunters Inc) which had consumed several years of our lives so we wanted to do something shorter and more focused.

I’d had an idea for a target shooting game floating around in my head for a while and it was originally going to be an AR style game based in the Spirit Hunters universe. I really like the gameplay idea so it kept returning to me as something we should look at doing.

I tried layering an Alien invasion style on the game but ultimately thought that it would again limit our market to mainly boys who are into space themes. It was at this point that the idea of bunnies came to me. It would make the game harder to make as we would need to deal with terrain collisions (instead of floating in space) but I thought that we could really make cute and colourful personalities out of these bunnies and appeal to a wider audience.

We did some brain storming and came up with names for some cool weapons and ideas for the different bunny types and bullet types. We got really excited about the idea it made sense to make it our next project.

Why shoot bunnies? Who would want to take out waves of such an adorable attacker?

Well bunnies are interesting as for everyone they are both cute and cuddly while also being pests for many farmers. We thought a lot about this and decided that if it were bunny vs bunny then it wouldn’t be so difficult for players to buy into than if the protagonist were say a fox or a human.

The idea is the bunnies you are defending your burrow against are in some way evil or infected and want to eradicate you and your family so you have had to invent a bunch of weapons to keep them at bay. We hope that this way players of all ages and sexes can buy into the goals and have fun defending their burrow!

Since you couldn’t really implement proper motion controls in Spirit Hunters, will you be using gyro controls for the 3DS version of the game?

I think we did really well with our AR implementation on Nintendo DSi considering that the machine didn’t have any gyroscopes. We are using the gyro controls on 3DS as well as the analogue control pad. The great thing about using both is players can use which they prefer or both at the same time! We have found that using the control pad for bigger movements which are finessed by the gyro can really help your aim! 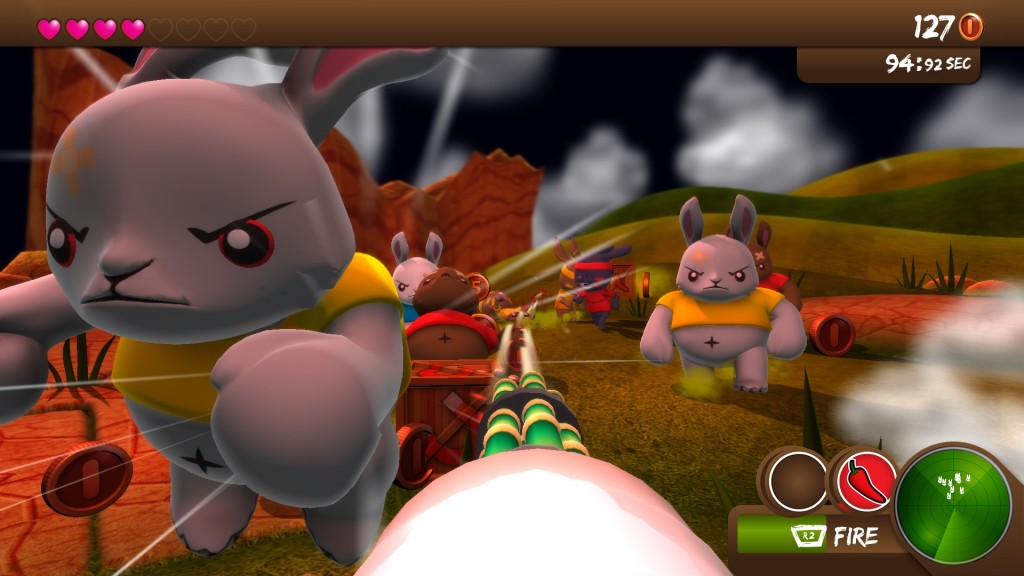 Nnooo’s design philosophy has always struck me as being focused on creating simple, easy to grasp experiences. How does this apply to Blast ‘Em Bunnies?

Blast ‘Em Bunnies in many ways encompasses everything we have learnt to date about making simple, easy to pick up games with plenty of depth and replayability. In some ways it harks back to Pop with waves of enemies to destroy while in others it takes from Spirit Hunters Inc with the motion controls and cartoon aesthetic.

The first-person turret defense genre is a notably understated one. What inherent advantages does utilizing a first-person perspective have over a more traditional overhead view in Blast ‘Em Bunnies?

The great thing about FPS games in general is the player automatically associates themselves with the lead character. Blast ‘Em Bunnies throws you straight into the action and the whole screen is taken up by hordes of enemies chasing you down.

If we had gone for a different view point it would have been much harder to make the player feel in the thick of the action and actually defending this burrow. 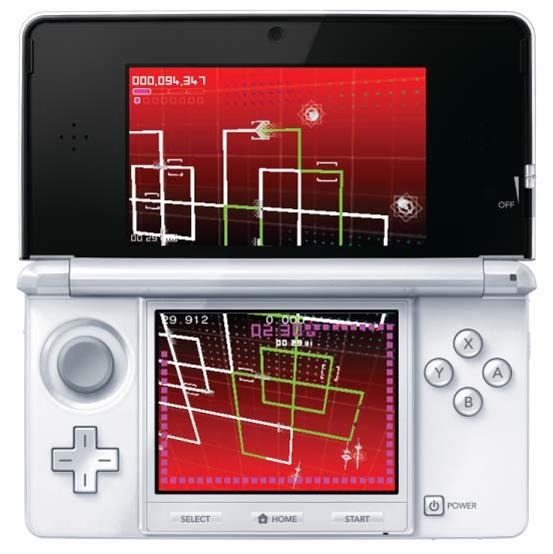 escapeVektor was originally planned as the first part of a larger series. Are there still any plans to develop a sequel? How well did the 3DS/Vita versions perform?

The ideas of the other games are still there and we would love to return to the series. I think if we did we would have to address how to make them more marketable and less abstract so as to attract a wider audience. Each game in the series is very well thought out already so you never know what the future might bring!

The idea to cross platform-ize Cubemen 2 was a truly novel one in an industry defined by console sovereignty and title exclusivity. Are there any plans to continue that trend in future online multiplayer titles?

Nnooo don’t have a lot of experience with online and in particular online multiplayer so we won’t be developing any games with that functionality in mind in the future. However 3 Sprockets, the team behind Cubemen 2, are experts in this area and we are already talking to them about how we continue this relationship and bring more of their games to console with the great cross platform multiplayer and user generated content intact.

How and why did you start publishing games for other Australian indie developers (ex: Cubemen 2, Orbitor)?

For the last 7 years Nnooo has released 1-3 titles a year, developed in-house. We have gone up and down in the number of staff we have employed depending on the project and the amount of money we have made. It is getting harder for us to release that number of titles each year now that we want to release our games on more than one platform.

At the same time it seems wasteful to develop these great relationships with Nintendo, Sony and Microsoft and only utilise them once or twice a year. Furthermore it seems doubly wasteful to expect other developers to have to go and develop the same relationships (which have taken us 6 years to nurture). With this in mind we decided that it would make sense to work with other likeminded developers who had great games and a desire to get onto console. We could give them a jump start with marketing and contacts while giving them access to the console space.

They get to widen the platforms they release on and Nnooo gets to add a little more to its income stream and make more use of the great contact network we have built over the years. 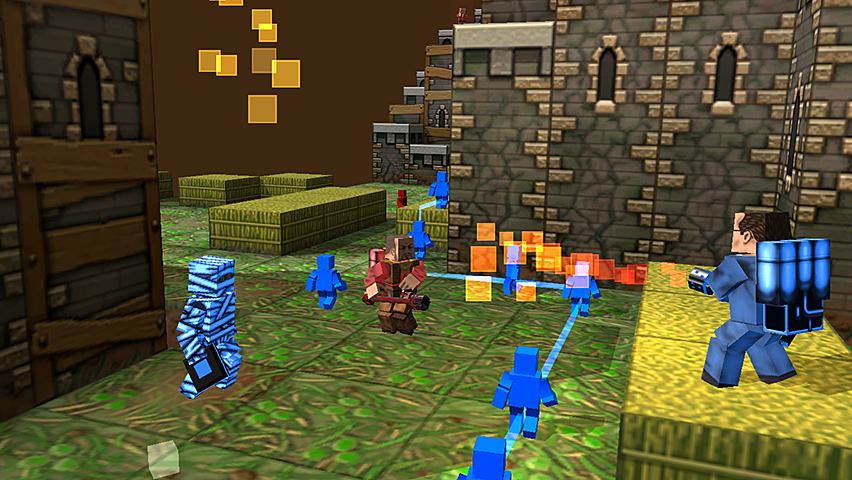 We seem to be noticing a trend of third-parties avoiding publishing games on Nintendo platforms. Why does Nnooo continue to publish games on these consoles (or dedicated game consoles in general) especially when considering the success that other small Aussie developers have had on iOS (ex: Halfbrick, Kumobius)?

I think it depends on where you started and what results you have had. For us we started developing on Nintendo platforms and had great relationships. We made money and our software was successful. We also tried iOS and didn’t find it as rewarding financially or as fun a market to be in (from a marketing or building up an interested user-base perspective).

Also getting approval to develop on console takes a lot of work and as we had done all of that it seemed silly to throw it all away.

It is also worth mentioning that all platforms represent a huge risk in terms of development cost versus actual return on investment. With consoles traditionally you have a captive audience who have bought the unit to play games on so you know that they will be actively looking for new games.

Our strategy now is to develop great games and try to target multiple platforms with each one. That way we develop a bigger fan-base, stronger relationships with the platform holders while also spreading the risk of the development costs. With that in mind there is no reason we wouldn’t consider targeting iOS, Android or other mobile platforms in the future.

Several smaller publishers also seen to avoid releasing their games in Australia/New Zealand/Europe because of the hefty classification fees. What is that classification process like and do you think it scares smaller developers away from releasing games on platforms that require an age rating?

The fact you need to classify a game with PEGI, USK, OFLC and ESRB with each charging anywhere from US$0 to AUS$1000 is just insane. Most of these bodies don’t even play the games or spend anywhere near enough time to justify the cost spent on it and it puts console development at a serious disadvantage to mobile titles who can develop and deploy with no ratings agency slowing things down

I do think that the cost and time for the return on investment in Australia is what puts a lot of companies off. Personally, I think Nintendo Australia should just drop support for the OFLC for rating digital titles like Sony and (as far as I know) Microsoft have.

There does seem to be a silver lining in that all of the ratings agencies are looking like they are moving towards a single unified application process with little or no fees and possibly an immediate classification!

What are your thoughts on the current Nintendo eShop? Does it give indie games enough visibility?

I think the eShop, like most digital store fronts is satisfactory. The way Nintendo highlight and group products as well as changing them on a weekly basis is definitely better than most digital stores. However I think that we are in a transition state where previously physical stores would be nice places to visit with big displays of popular content and then aisles of older content grouped by genre or category.

I used to love spending time in music stores and the way Virgin and HMV in the UK used to group and highlight content was amazing. They had a main area of their store dedicated to the most popular content and then other areas with more niche content. But even in the niche areas they would spend time having displays of cool titles/artists/albums within that niche so that if you liked say Radiohead and went to the indie rock section of the store they might be highlighting bands similar to them.

Personally I would love to spend time designing a better store front which allows users to spend an enjoyable time browsing the content in these online stores. I think that currently the platform holders don’t realize they are the new Virgins and HMVs of this world. They don’t spend enough time on design and layouts to be proud of their store, making them great experiences for the consumer.

So if anyone at Nintendo wants an extra designer with some ideas I’d love to help!

A huge thanks goes out to Nic Watt for taking the time to answer our questions as well as Bruce Thomson for arranging the interview!