Posted on December 6, 2020 by Brian(@NE_Brian) in Interviews, Switch 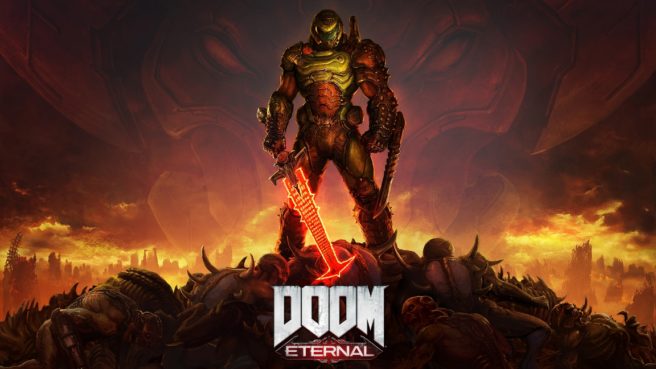 Panic Button has helped bring a slew of different titles to Switch, but the studio just wrapped up what it says was the team’s most difficult port yet. Doom Eternal is finally coming to Switch, though it certainly wasn’t an easy task to get the game running.

Many fans have been wondering about the status of Doom Eternal’s Switch version, so it’s great that the game is almost here. Can you talk about why the port took longer than some may have been expected? Was it just a matter of delivering the best experience possible?

When we took on the project we knew that DOOM Eternal was going to be a large undertaking that would require every ounce of experience we had. We’ve obviously had previous experience working with the idTech engine to bring games like DOOM (2016), Wolfenstein 2: The New Colossus, and Wolfenstein: Youngblood to Nintendo Switch. But DOOM Eternal is on another level entirely. Marty Stratton and Hugo Martin have both talked about DOOM Eternal being one of the most ambitious projects in id Software’s history, and we couldn’t agree more. Faithfully recreating that ambition for Nintendo Switch players took a little extra time. We’re confident it will be worth the wait!

Were there factors that impacted development on Switch like the game’s original delay from last November to March, the coronavirus, etc.?

Other than the sheer size and ambition of the game we did not encounter any unique factors that impacted development.

However, like many other companies, we face the challenges of a work-from-home environment. Our company reacted early and has kept the health and safety of our employees as a top concern. With that transition, we were forced to deal with an unfamiliar work environment, but with some collaboration and support from id Software and Bethesda, we were able to quickly adapt and accomplish the goal of bringing DOOM Eternal to Nintendo Switch. We are very excited about it and look forward to launch!

Panic Button already had extensive experience with the series thanks to the Switch version of Doom (2016), but we imagine that Doom Eternal was a much different beast to tackle. What sort of challenges did you run into when it came cramming this huge game down to make it work on the system?

idTech 7 is truly a next-gen engine. It takes advantage of hardware and driver optimizations on the other consoles and PC that don’t always translate to the Switch. It’s also extremely well optimized in general, and this presents particular challenges when porting to the Switch. Our team has experience that spans many console generations, and typically when porting a title, we rely on that experience to find and exploit memory or performance optimizations the original developer either missed or didn’t have time to implement. With Doom Eternal, id Software left no stone unturned and we had to dig deeper to achieve our target performance.

Did the team take away anything from working on Doom (2016) that proved helpful in porting Doom Eternal?


Absolutely, our experience with idTech and the Switch gave us a significant head start. idTech 7 is a major step forward for the engine, but much of what we learned while porting idTech 6 titles applied to Doom Eternal. Our established relationships with id Software also proved invaluable. Throughout the entire development their staff were supportive of our efforts and helped us cross the finish line with some incredible collaboration.

What can players expect from the final frame rate and resolution on Switch?

The experience will be comparable to that of Doom (2016), Wolfenstein 2: The New Colossus, and Wolfenstein: Youngblood.

Are there plans to have the Switch version supported with all DLC?

Our goal is to bring The Ancient Gods DLC to Nintendo Switch.

Panic Button has worked on a bunch of different Switch games over the past few years. Would you say that Doom Eternal was the toughest port to realize, or was there a different project you feel was the most difficult to deliver?

Doom Eternal is a technically demanding title. Our starting point, with all the tricks we brought over from previous titles already in place, was comparable to how Doom (2016) ran without any optimizations. So yes I’d say it was the most difficult title to bring to the Switch.

Having completed numerous ports, how has Panic Button’s work on Switch been able to improve over the years? Has development been made any easier at all just by becoming more familiar with the hardware?

Experience undoubtedly helps. We have multiple teams at Panic Button working on Switch projects and there is a lot of knowledge transfer between those teams. Also, as we grow as an organization, mentorship has been critical to the success of our work and the growth of individual employees.

Panic Button has really made a name for itself as one of the go-to studios for Switch ports. What can fans expect going forward in terms of the company’s offerings on Nintendo’s console?

We plan to continue working with our friends at Nintendo and other first parties and can’t wait to share more.