Posted on December 4, 2016 by Brian(@NE_Brian) in General Nintendo, Interviews, Switch, Wii, Wii U 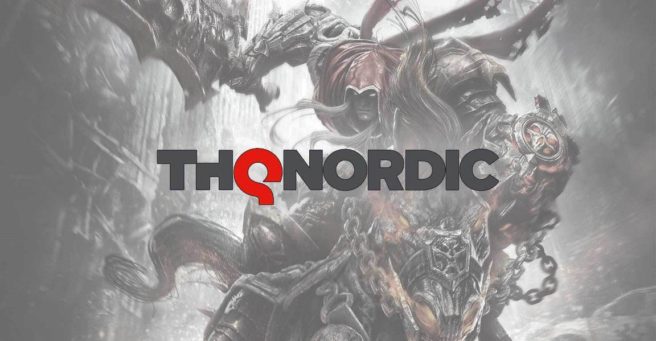 THQ Nordic is slowly but surely becoming an important name in the gaming industry. Originally known as Nordic Games, the company rebranded earlier this year. It holds to the rights to notable IPs such as Darksiders, de Blob, Deadly Creatures, and much more.

We recently spoke with THQ Nordic’s Reinhard Pollice in a wide-ranging interview. He commented on the publisher’s continued support of Wii U (whereas most third-parties have moved on), and different IPs such as de Blob and Deadly Creatures. We also asked about why Darksiders Warmastered Edition is taking a bit longer to release on Wii U.

For our full interview, head past the break.

To begin, can you introduce yourself and discuss your role at THQ Nordic?

RP: My name is Reinhard Pollice and I am the Business & Product Development Director at THQ Nordic. This means I take ultimate care about all the products we have under development somehow and also deal with potential new developments that we are looking after.

THQ Nordic has really started to make a name for itself in recent years, but some gamers might be unfamiliar with its origins. Can you speak abit about how the company originally came to be?

RP: So, we originally started as Nordic Games Publishing in 2008 focusing on casual value products for the Wii and PS2 markets. In 2011 the owners of Nordic Games Publishing felt the need to extend their portfolio and this was when we started operations as Nordic Games in Vienna by acquiring the IP and catalogue rights of JoWooD and DreamCatcher. Our goal was to steadily grow the company, business and projects we do. In 2013 our big major acquisition that put us on the road for many was acquiring most of THQ’s IPs.

On the topic of history, Nordic Games changed to THQ Nordic during the summer. When was the name change first brought up and why?

RP: That name change was a topic since we acquired the THQ name as we knew the name is very popular. It just didn’t feel the right time back then and so we carried on as Nordic Games. At some point we felt we really reached the next level and thought it’s the perfect time to incorporate the THQ Name in our name and so we did.

THQ Nordic has been working with Kaiko on a number of releases over the past few years, including Legend of Kay Anniversary. How did that partnership with the studio form? Do you envision working with them on original games in the future?

RP: The partnership started when KAIKO was founded in late 2013 and were looking for projects. The main founder was Technical Director at NEON Studios, the original team behind Legend of Kay, and it was a product really close to his heart. We also understood that Legend of Kay was a great product that failed to attract a lot of people because of timing issues with its original release so it was an obvious project to start from and I guess we realized the partnership was going very well and so we carried on.

It had been awhile since we last saw Legend of Kay, but it returned with the new HD version in 2015. Why was it the right time to revisit that IP?

RP: I think it was a good spot as we could release the game on the previous and current generation of platforms but other than this there was no particular reason why 2015 was a good time.

Does THQ Nordic have any plans for the de Blob franchise?

In 2013, you mentioned that you were interested in reviving Deadly Creatures. Do you still hope to see it brought back in the future?

RP: I still have hopes for that although we had some kind of set back just recently that was very disappointing.

Even though many third-parties have stopped supporting Wii U, THQ Nordic has continued to put out new games on the console. Why is that?

RP: When it makes sense and there is a possibility to bring a game to another platform we are always interested in actually doing that. Also I think that Nintendo platforms are always worth supporting as Nintendo has a very passionate fan base on their systems.

Are you pleased with the performance of THQ Nordic’s Wii U releases?

Speaking of Wii U support, THQ Nordic intends to bring Darksiders Warmastered Edition to console, but it will be arriving later than the other versions, and it’s without a final date. Are there any particular issues surrounding the Wii U edition?

RP: The main challenge of the Warmastered Edition project was besides the upgrade and improvement to bring it out on many different platforms. We spent more time on a few things than we thought and optimizing the game for the Wii U is still a tough task. So we made the call of releasing it properly and the only conclusion was to delay it.

With both Darksiders games seeing new life on the latest consoles, is this paving the way for a brand new entry in the series down the road?

Nintendo finally gave us a glimpse of its next platform Switch with the announcement video at the end of October. What are your impressions of the system thus far?

RP: It’s an interesting approach in my opinion as Nintendo is trying to broaden its audience and not just purely tapping into explored markets. I hope it will work out!

THQ Nordic is confirmed as a Switch partner, but can you confirm that the company is actively developing titles for the console?

RP: We do have 2 projects in development for Switch.

RP: Keep following us, we have a lot of cool things waiting for you in the future. Don’t by shy and reach out to us via Twitter (@THQNordic or myself @ElMegalomator) – we are always interested to hear your feedback!

Nintendo Everything would like to give a big thanks to Reinhard Pollice for taking the time to answer our questions.