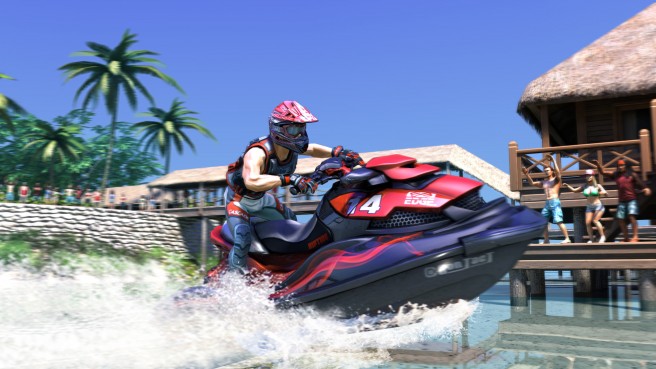 Zordix announced Aqua Moto Racing Utopia for Wii U last February. We haven’t heard much about the game over the past year, so we reached out to the studio for a status update. Larsson revealed that the game has made the jump to Unity 5, discussed DLC plans, teased a probable New 3DS exclusive, and more.

Read on below for our full interview with Matti Larsson, CEO and creative director at Zordix AB. You’ll also find an exclusive new screenshot showing how the updated UI looks.

It’s been awhile since we last heard about Aqua Moto Racing Uptopia. What’s the status of the game at present? How has development progressed over the past year?

Hi Brian, nice to get a chance to give an update on Aqua Moto Racing Utopia for Wii U. This last year has been hectic with a lot happening in our studio and we have doubled in size. Utopia has been in beta version for a long time, constantly polished and improved with a large number of testers in our new test lab we have built.

Before sending the game to Nintendo for final lotcheck, we have been waiting this spring to get an update on the Unity graphics engine to Unity 5. Thanks to all the technology updates, we felt it is the right choice to release a better game, even if it means some additional months wait.

Zordix released Aqua Moto Racing 3D for the 3DS back in 2013. What are you taking away from the game in developing Utopia?

The 3DS game has a very good balancing and is a lot of fun. We found our niche with Aqua Moto Racing 3D, and we have taken all the fun parts directly into the next project. Then we’ve expanded on everything.

How has it been making a game for Wii U as opposed to 3DS? Have you encountered any major differences between developing for both platforms?

We were happy to use one of the big 3D engines in this project, as to compared to building the whole engine ourselves. That allowed us to focus on specific modules, like the special interactive water and more advanced physics. 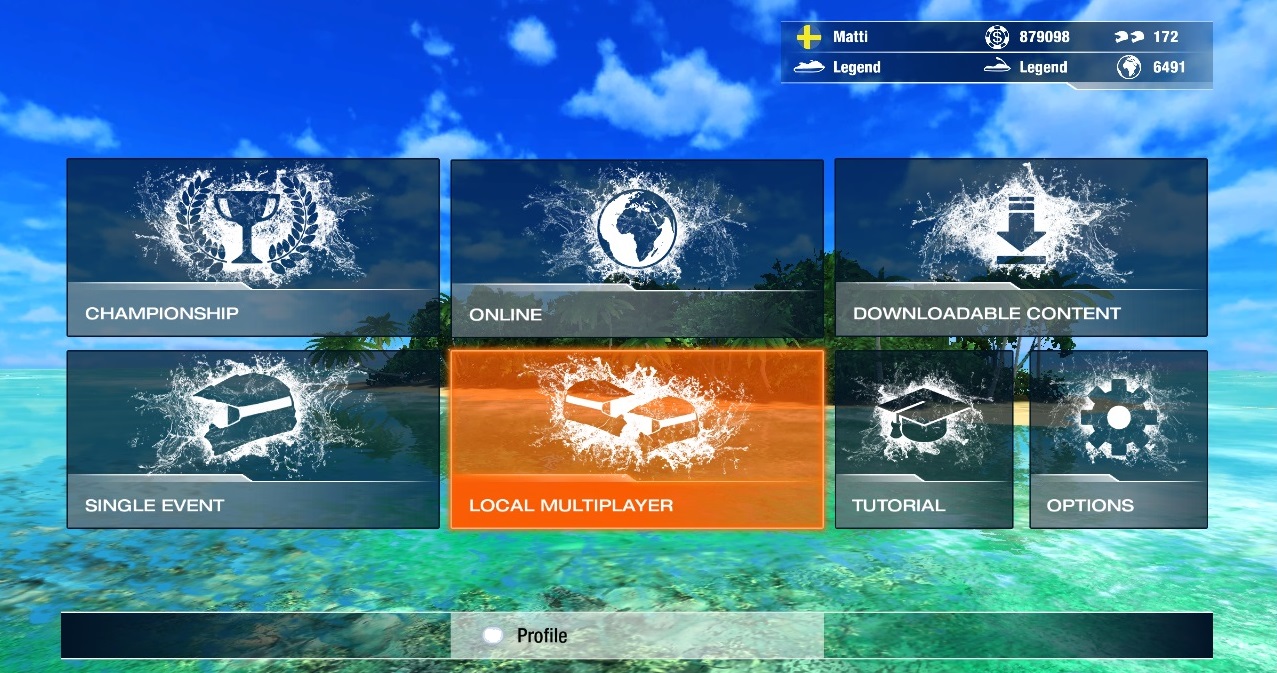 How much content is in Aqua Moto Racing Utopia? Can you confirm the number of vehicles and tracks? What sort of modes will be included?

The content is massive compared to any earlier similar game. As it should be. I’m happy to confirm that we now have 44 unique watercrafts in the game that can be unlocked as the game progress. That’s only one example of our high ambition.

For the single-player game we’ve managed to make two games in one – there is the Runabout Division and the Ski Division with different experiences and a very long gameplay progress unlocking many different Championships.

When Aqua Moto Racing Utopia was announced, Zordix confirmed that the game would support online play. What can players expect from the feature? What sort of multiplayer options will be included?

There is online multiplayer for those who want to participate in World ranking and Daily challenges. We’ve tried to collect the best tracks suitable for online play with the possibility to adjust weather and customize your own character with animations and taunts.

Are you using the Wii U GamePad in any particular ways?

The main controls of the GamePad are very nice to use in the game and thank’s to the extra screen you can be up to five players at the same time. 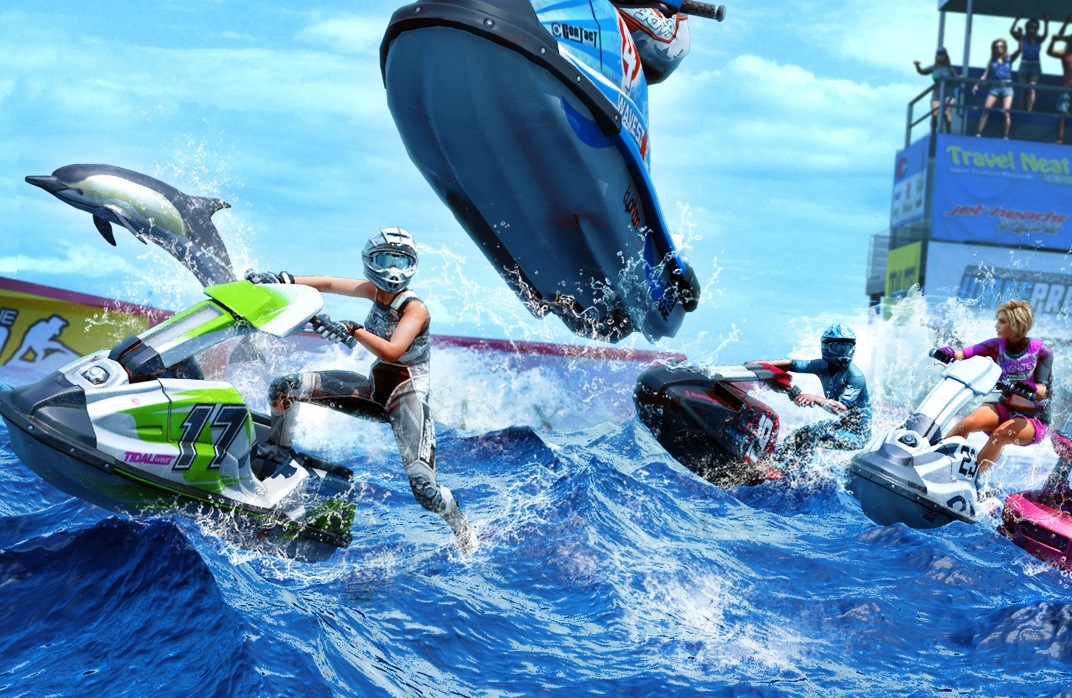 Have you given any thought to the possibility of DLC in Aqua Moto Racing Utopia?

Yes, we plan on both making a couple of major expansions and also a lot of DLC with different characters for those who want to look their best (or very unique and special) in online play.

Zordix has been bringing games to Nintendo platforms since the days of DSiWare. Are you happy with the evolution of the eShop and Nintendo’s treatment of smaller developers?

So far it has been very good for us! DSiWare made it possible to kickstart our company and to make our first small fun games like Valet Parking 1989 and 1950s Lawn Mower Kids.

We hope that Nintendo will continue to support indie development and improve the eShop even more in the future. There is always room for improvement and making all indie titles visible to their target groups now and then in the eShop is a good thing to remind about that will keep indies coming back.

We’ve heard that you’re planning updates for your older 3DS titles to take advantage of the New 3DS. Can you share anything specific about what you have planned?

Now that the New 3DS has arrived, it is time to rebuild our games to unlock it’s new powers. That also means some improvements here and there for original 3DS owners.

Is Aqua Moto Racing Utopia Zordix’s only other upcoming game for Nintendo systems? Have you given any thought to creating a title that only runs on the New 3DS?

We have a secret title we’re working on that will probably be released as a New 3DS-only title. That’s all I can reveal right now.

When can we expect Aqua Moto Racing Utopia on the Wii U eShop? Have you given consideration to any particular release window?

For the moment we’re awaiting the updated Unity 5 version to go through the final process. That means some more months before we can set a release date.

Any final thoughts that you’d like to share with our readers about Aqua Moto Racing Uptopia or any upcoming Zordix projects?

We’re really excited for Aqua Moto Racing Utopia on the Wii U. This project is a dream come true for us, to make our first major console game and release it with Nintendo.