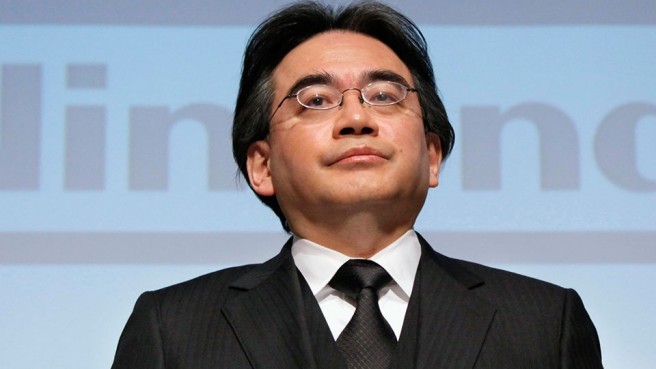 Returning to “Nintendo-like profits” is something that often tends to be discussed at the Big N’s financial results briefings. The general thought is that by reaching that mark, Nintendo would be bringing in an operating income of over 100 billion yen.

One investor asked about reaching “Nintendo-like profits” during the Q&A portion of the company’s financial results meeting last week after it was announced that Nintendo’s operating income target for this fiscal year is 50 billion yen. Check out what president Satoru Iwata had to say below. In addition to discussing “Nintendo-like profits”, Iwata also commented on what’s in store for the smart device business, and teased preparing initiatives/changes for the dedicated games business “to make changes to some of the elements that are currently not working so well.”

Next, in terms of how much the smart device business will contribute to our entire business, we announced that we will begin the service for our first gaming application by the end of the calendar year, so looking at the entire fiscal year, it will only partially contribute to our business for this period. In addition, we will not release a great number of titles one after another at the beginning. As mentioned in the presentation, we will sequentially release around five titles by the end of the next fiscal year and guide each of these titles to become hits. In this sense, we have included the smart device business in our forecasts with a conservative assumption for this period, and its contribution to our profits for this fiscal year will be limited.

On the other hand, for the next fiscal year, the smart device business will contribute to our business for the full period. In addition, unlike packaged software for dedicated video game systems, sales and profits of smart device applications are not maximized at the time of release. Consumers gradually become aware of these applications, which then lead to them wanting to play with them. At the same time, service administrators gradually adapt to the business and profitability increases. Looking at smart device applications in the market that have become hits, I believe none of them maximized profits right after their services began. They gradually became profitable. Once a profitable situation is created, they sustainably contribute to revenue. Based on this premise, I believe that the smart device business will become a pillar for revenue in the next period. On the other hand, it is too optimistic to say that sales and profits will suddenly overwhelm the dedicated video game platform business in the next fiscal year. We will, as a first step, secure a trend of guiding the title we will release this fiscal year to become a hit title, and then create a situation where multiple titles are hits that contribute to revenue throughout the period of the next fiscal year. As a result, I imagine the smart device business will become a pillar that supports a certain percentage of our overall revenue.

As for the dedicated video game platform business, we are preparing for upcoming initiatives and preparing to make changes to some of the elements that are currently not working so well. Factoring in these areas as well, I believe that we will be able to generate results in the next fiscal year.