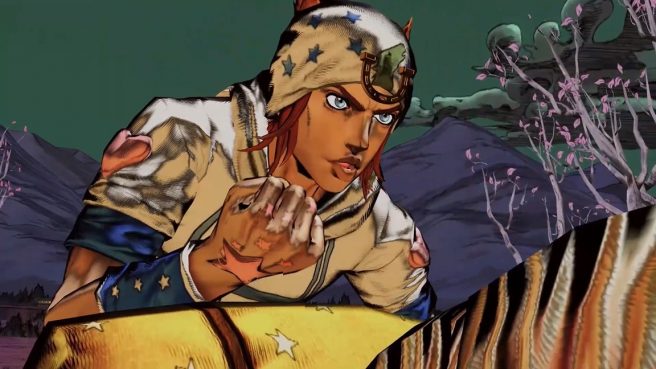 JoJo’s Bizarre Adventure: All-Star Battle R is back with another character trailer, this time featuring Johnny Joestar. He rides in from Steel Ball Run and comes in with his horse Slow Dancer. He can also use Stand and Spin abilities in battle.