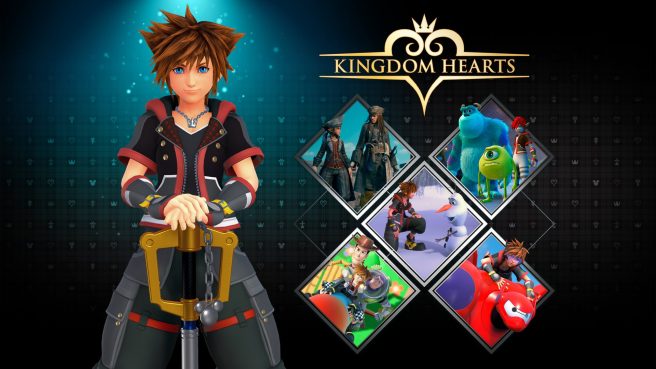 There may still be a glimmer of hope for native Kingdom Hearts ports on Switch.

During the Super Smash Bros. Ultimate presentation unveiling Sora for the game last week, it was revealed that all of the major titles will be appearing on the console. But rather than going the native route, Square Enix is putting all of the games on the cloud. That means you’re required to have an internet connection to play, which many fans aren’t happy about.

It sounds like nothing is in the works at present, but speaking with Nintendo Life, Kingdom Hearts series producer Ichiro Hazama left the door slightly open to the possibility of native ports on Switch in the future. Although the team previously ran into issues such as “the storage capacity of the hardware”, true ports are “undecided” and Square Enix is “excited to hear feedback from our fans”.

“For some time, our director Tetsuya Nomura had expressed his desire to deliver the Kingdom Hearts series to Nintendo Switch players, him having seen and heard the demand, and so a great deal of consideration went into this internally. Bringing these titles to Nintendo Switch proved to be quite difficult for various reasons, including the storage capacity of the hardware, but we’re excited that we were able to make it happen for the first time ever by utilizing the Cloud service.”

“At this moment in time, the production of a native version is undecided. We believe that the Cloud version is currently the best way to deliver the Kingdom Hearts series to Nintendo Switch players, but we are always excited to hear feedback from our fans and want to thank them for all their support.”

Kingdom Hearts director Tetsuya Nomura previously addressed this topic last year. He said at the time that Switch ports were found to be technologically difficult.