Posted on August 7, 2021 by Brian(@NE_Brian) in General Nintendo, News, Switch 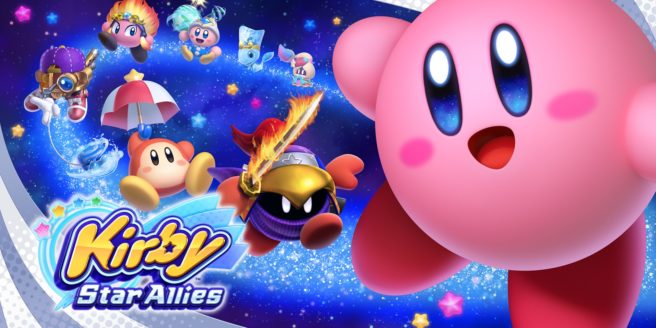 HAL Laboratory’s Shinya Kumazaki opened up about the making of Kirby Star Allies in a recently-released art book for the game. Kumazaki discussed when development began (planning was actually before the launch of Planet Robobot), the previous absence of Kirby side-scrollers on consoles, and more.

Nintendo Everything’s translation is below:

When did development on the project begin?

The planning process began around 2015, before Planet Robobot had even released. After we finished making the two side-scrollers for the 3DS, we started thinking about ways we could evolve the Kirby series even further. When we finished the last game, people in the company became increasingly curious about the next entry in the franchise. We decided that to progress the Kirby series, we wanted to make a culmination of everything we’d done in the series up until that point. Using the 2D side-scrolling Kirby games as our basis, we poured everything we had into brainstorming for the next title. We solidified in our minds the characteristics that make the series unique, as without that, there’s nothing to innovate on.

In recent years, the company has been releasing about one Kirby title a year.

There was a period of 11 years where no side-scrolling Kirby game was released on home consoles (Kirby 64 for N64 in 2000 through to Kirby’s Return to Dream Land for Wii in 2011). During that time, I was developing games on other teams, but some of my colleagues in the company weren’t so lucky. They didn’t want the Kirby series to end and drawing inspiration from fans who long-awaited a new entry in the franchise, we took up the challenge and began development. We made a lot of different games and finally arrived at the culmination of all that work, Star Allies.

25 years is quite the history.

We were motivated by team members who hadn’t experienced making a console game in 11 years as well as the desire to repay fans who enjoy the series. The team worked hard on the project, pitching all sorts of interesting ideas that we considered for the final cut. We put the expectations of the development team and players on our back and made the best game we could, even if for just one person to enjoy.

I never want to overstate how good a game is, as everyone on the team agrees we should always be aiming higher every game. I think it’s great that we were able to make something that was enjoyed by so many people around the world, though.

Kirby has really been established as one of Nintendo’s signature game brands.

There isn’t anything quite like the Kirby series. Nintendo, HAL, and the team have worked together for many years and through all the twists and turns along the way, the DNA of the series has been passed down through each generation of developers. To evolve the Kirby franchise, we packed in all the essentials of the series into Star Allies and came away feeling great about it. In doing this, we took the next step forward. It’s not the end, it’s not goodbye, it’s a decision that took us to the next evolution of the Kirby franchise.

Kumazaki previously spoke about “planning for the next stage” of Kirby in the same book. You can read about that here.