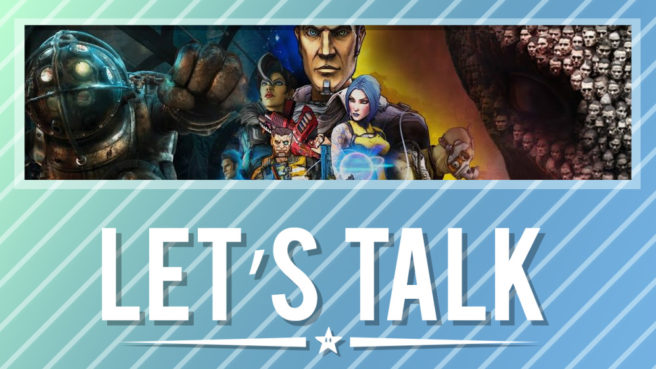 Xenoblade Chronicles: Definitive Edition isn’t the only notable release for Switch on May 29. 2K also has a trio of collections due out on the same day. BioShock: The Collection, Borderlands Legendary Collection, and XCOM 2 Collection are all dropping on May 29 as well. Even if you aren’t interested in any of them, they’re pretty notable since this is the first time we’re seeing these titles on a Nintendo platform.

So putting Xenoblade aside for a second, which one of these collections from 2K are you most interested in? Which releases will you be picking up on May 29 (or sometime down the road)? Let us know in the comments below.

As a huge Paper Mario fan myself, I was admittedly startled at first when the game’s new battle system barely looked nothing at all like the first two games’ battle systems, but after giving it some thought I’m pretty on board with it. From what it looks like, the stickers and cards system is seemingly gone and the massive amount of coins Mario amasses at one point in a footage (five-digit coin wallet) seems to point out that we may be needing those coins for something else other than the usual items and such.

Either way, I enjoyed all five Paper Mario games thus far (with the first two games being my highlights of the series) and it wouldn’t surprise me to see me enjoying the upcoming Origami King.

I’m hopeful. It’s neither promising or [email protected], but at the very least they have the trailer, tone, and feel right. Now we just need to make sure that the gameplay is smart, rather than tedious, and the story is well written.

The game looks cute, amazing, weird, and horrifying.
In other words, it’s right up my alley!