Majora’s Mask 3D music has been cleaned up but is the same, Kondo supervising Zelda Wii U theme 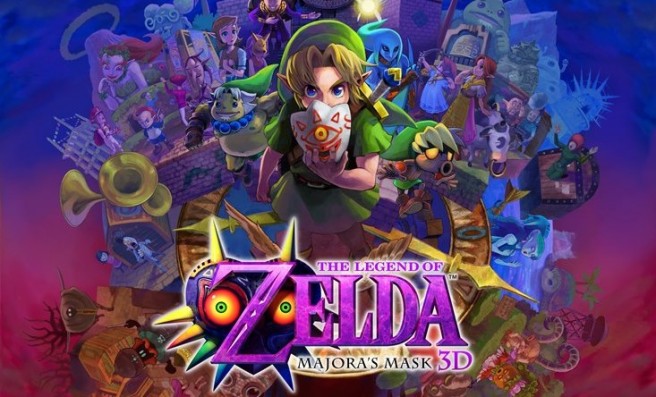 Another new Koji Kondo interview has popped up online, this time coming from GameSpot.

Kondo was asked about a number of topics. He answered some general questions as well as ones that were a bit game-specific. Naturally, Zelda was one of the franchises GameSpot brought up.

When asked if The Legend of Zelda: Majora’s Mask 3D will feature music that is mostly the same as the original, Kondo responded:

Actually, with Majora, we thought it was really important to protect the feeling of the game because the music was tied so well to the original gameplay. We’ve done some clean up on the audio quality, but the music itself we haven’t changed.

We did some rebalancing, of course, to make it sound good on the Nintendo 3DS. Before you were hearing it out of you TV speakers, and we just needed to do some rebalancing for that now that it’s on a handheld.

Continuing on the topic of Majora’s Mask, Kondo shared the following about stories from the original game’s development:

That’s always a tough one.

But when I saw the very first mask you see in Majora, I saw that and it really brought to mind for me, for whatever reason, a type of Chinese opera. The kind where the performers wear masks and the music is all percussive [makes the sound of a cymbal being struck rhythmically], and there’s a lot of cymbals and bells and what not. Those two linked up when I first saw Majora’s artwork, and I thought a Chinese-influenced theme would be the way to go.

Something else I remember is in the scene where the mayor is sitting and you have the two sides having a discussion over the top of him. He’s sitting in the middle of his office, and you have the people on the left talking about something, and then the people on the right, and there’s this discussion back and forth. I had a lot of fun making the music feel like that argument so that you’d have music pouring in from the left speaker and then music coming in from the right speaker. That back and forth was a lot of fun to create.

Another Majora’s Mask-related story came up while Kondo fielded a question about whether there have been any disagreements with the director of a project:

Yes, sometimes there are disagreements on what music is correct or appropriate. With Majora, the director didn’t sit and say, “This is the kind of music I want.” He wasn’t super hands-on, so I was able to create the kind of music I thought was appropriate for the game that I was seeing. And I figured that if no one was complaining, because I was creating quite a bit of music, then it must have been OK.

So I just kept going in that direction. However there was one area where a fox was dancing, or something with a fox, where the director came up and said, “I’d actually like this to feel more Japanese.” The feeling that the director was getting from what he was seeing on screen was just different from the impression that I got. But I did go back and look at the scene, and I understood more what he wanted after that. So I redid that music.

Finally, Kondo said the following when asked if he’s working on the theme for the new Zelda game:

I’ll be supervising and looking over that, but I’m not actively composing for the game.