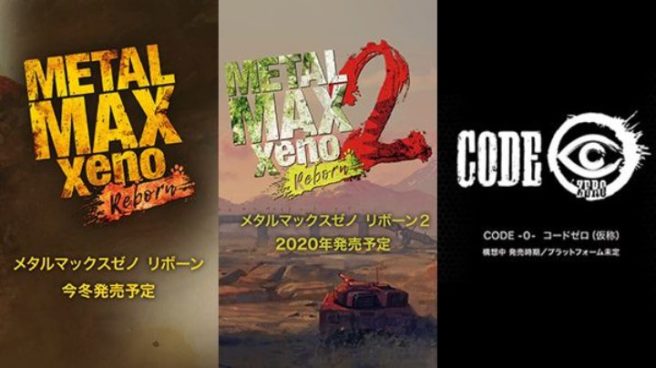 Here’s the rundown on both:

Based on the original Metal Max Xeno released for PlayStation 4 and PS Vita in April 2018, Metal Max Xeno: Reborn is a full remake that revamps everything from the game engine to various game systems. Players can look forward to enjoying the game anew, as well as the return of the battle dog Pochi.

Kadokawa also announced Code Zero, “a new project that plans to reboot the series from its origin by going back to the original Metal Max for Famicom.” Platforms have not been specified at this time.