More photos and details from the Hyrule Warriors art book 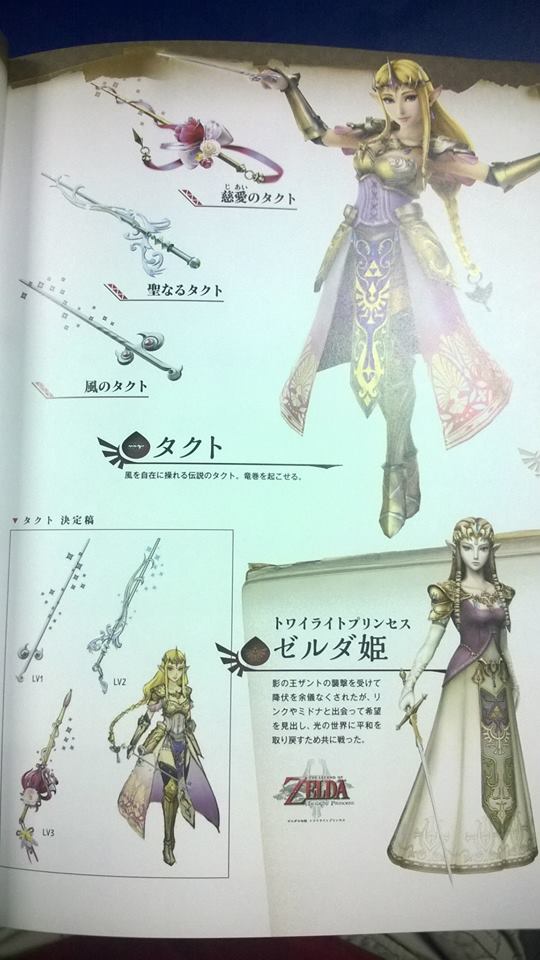 A whole bunch of additional images have emerged from the Japanese Hyrule Warriors art book. You can find the latest shots in the gallery above.

Along with photos, we’ve translated some of the more interesting bits from the art book.

First, here’s what was said about Link’s design:

We had many different ideas for the concept “Link running around the battlefield”. For example, we considered Japanese style armor and heavy armor, but in order to make dashing around the plains look pretty, we decided on the simple design with a blue scarf. This scarf can be worn only by a person who leads Hyrule’s royal army, so it is a special proof of one’s worth.

Since Cia is Lana’s polar opposite with her evil heart, her main colors are also the opposite of that of Lana. By having noble metals on her sexy body, Cia’s greedy nature was expressed visually.

In this game, in order to strengthen the Japanese style look of the Sheikah tribe, Japanese style armor was taken as one motif. Design’s details took some inspiration from Impa in Skyward Sword as well.

That’s not all from the art book. Head past the break for information about weapons and a few more story bits. I know some people tend to be very sensitive about spoiler-like information, so keep that in mind before continuing on below!

– Cia creates Wizzro with the power of a dark (finger) ring
– Wizzro has an ability to change his form to anyone he wishes and thus deceives humans
– The legendary hero of old slayed Ganondorf and sealed his soul as four separate fragments
– However, Ganondorf manipulated Cia to bring those fragments together and thus was reborn