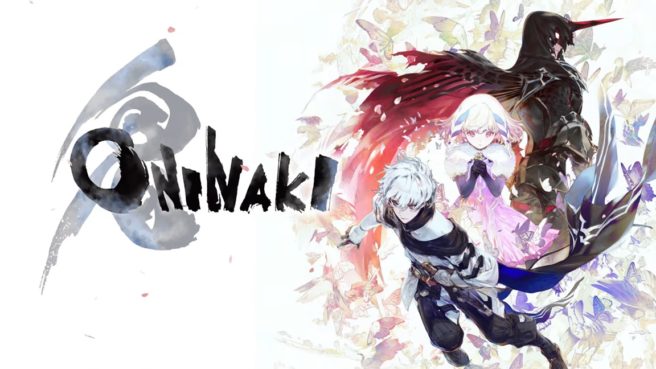 Japanese outlet 4Gamer recently had a chance to speak with a few members of the Oninaki development team. Atsushi Hashimoto, Takashi Tokita, and Ryutaro Sasaki participated in the discussion. The three developers talked about why the game is an action-RPG rather than turn-based, how long the story will be, the decision to mix up the art style following I Am Setsuna and Lost Sphear, and more.

We’ve now prepared a full translation of the interview. If you’re interested in learning more about Square Enix’s Switch RPG, continue on below.

Could you tell us when you decided to get involved in making a new game, Mr Tokita?

Tokita: The previous two games had elements of the battle system used in Chrono Trigger (ATB 2.0), but we’ve been talking for a while now about making use of some new elements. And the staff who helped to make Chrono Trigger – and who also have a lot of respect for what Square have done for the RPG genre – decided they wanted to make a high quality RPG with a novel concept. That’s really how the game was decided and how I became involved.

What are the respective responsibilities for the two of you as producers?

Tokita: I look after the creation of the world and the story, as well as flow and things like that. The gameplay and core systems are handled by Sasaki.

Sasaki: I feel like even though we consult, I often just try to get my own way without really thinking about whether or not it’s possible. In the beginning I also began writing the story too… (laughs)

Hashimoto: It wasn’t as if we decided one way or another – it was more like Mr. Tokita naturally gravitated towards story and Sasaki to game mechanics.

When did you start development?

Hashimoto: It’s hard to say exactly when. When Lost Sphear was in the latter stages of development we were already talking about the next game.

Tokyo RPG Factory is known for turn-based battles, so why did you decide to go for a real-time battle system with this game?

Sasaki: It didn’t start off that way. It was the result of us thinking about what system best fits the concept of the game.

Hashimoto: Originally we were going to go with the turn-based battling, but since this is a solo character adventure, we thought that something more action-orientated would be better. Of course it’s possible to have turn based battles with just one character, but without different party members it’s difficult to give the battles tactical depth. So we decided on an action-RPG system with the ability to change classes (jobs) real time, which I think gives the battles a different flavor to anything we have done before.

Kagachi is a character with a strong sense of duty who borrows the power of Daemons in order to fight. I think this is basically the class system you just referred to, but could you tell us more about them?

Hashimoto: Unlike normal weapons, Daemons have unique characteristics and moves. These are split into the three main areas of Dash, Jump and Defrence; but within those categories there are further specific differences. The weapons you use also have unique attributes and can be combined with the Daemon to improve abilities.

What are the different types of weapon in the game?

Do you have a personal favorite, Mr. Hashimoto?

Sasaki: Make sure you choose one already announced! (laughs)

Hashimoto: I know… but the truth is that my favorite weapon hasn’t been announced yet. (laughs) I guess if I was going to recommend one it would be the sword. It’s the first weapon you have and the easiest to wield, but it’s also really satisfying to use. The axe is also good for players who prefer slower but heavy hitting combat. Favorite weapons also differ a lot within the team, and I think because of that each weapon’s unique traits come through pretty strongly.

Is it those new action elements that you want players to experience most in this title?

Sasaki: Those are definitely important, but we also put a lot of emphasis on the story this time around, so we hope players will enjoy that too. It’s a story with a focus on the transience of life and the pain we feel when we lose people.

Players can pass between The Living World and The Beyond. When did you decide to implement this game mechanic?

Hashimoto: Originally we had the idea of simply being able to switch between two worlds. At first we even said jokingly that we could switch between the worlds of I Am Setsuna and Lost Sphear, but that idea of switching between those differently colored worlds kind of stuck. Then as the concept for the game evolved, we thought about having the change be between the world of the living and the dead. We thought we could make this idea of the endless cycle of life, death and rebirth a key gameplay component.

Tokita: I think the story and the game system came together perfectly to form what we have now.

Hashimoto: That’s right. Looking back on it now, I think we also wanted to give the game an Eastern feel rather than a Western one. I think that cycle of life and death really brings that out too.

What’s the mood of the setting and story like in general?

Hashimoto: When we were deciding on those things Tokita kept insisting that he wanted the game to be bleaker, so we developed with that in mind. While we tried to keep the story bleak and we obviously want to stir up emotions within players, it isn’t as if we are just being dark for the sake of it. We don’t want to overdo it.

Sasaki: Though sometimes it may feel as though a piece of your heart has been torn off…

Tokita: During the NES, SNES and even the PlayStation generation, the limitations of hardware meant that a lot of the theatrical representation had to be left a lot of the time to the player’s imagination. With the dawn of more powerful hardware, while there are times when a desire to please everyone leads to a lack of creativity, I think we finally have a chance to make something interesting. So, rather than focusing too much on how far we can go, we put what we want in the game and fine-tune later. I think in that sense what we are doing is quite close to the way games used to be made.

Hashimoto: When SQEX is making an RPG, for example, they will always be concerned with the rating CERO will give the game and that initial premise may become diluted.

Tokita: Because they’re all good little boys and girls. (laughs)

Hashimoto: (laughs) It might not be the nicest way to put it, but those strong opinions Mr. Tokita has are the reason we have been able to make this game.

Tokita: I think the only way that Japanese manga, anime, and games can continue to resonate with adults is with an element of creative freedom. That’s why that ethic of ‘let’s just do what we want to do’ has been especially important this time around.

Talking of expression, the graphical style had also changed. Was that also a result of that freedom you mentioned?

Hashimoto: When we were thinking about making a new game, changing the style was one of the first things we talked about.

Sasaki: That’s something we inherited from the RPGs we were brought up on. There are some universal elements that never change… so we thought that if we kept at least the core basics as they were, it would be fine for us to change all the other stylistic elements of the game.

Tokita: I think the red leafed trees in the white cloud world of I Am Setsuna left a really strong impression. But if we went for that same art style with this game, it could never have the same impact. So after thinking about for a while, we decided on really vivid cel-shaded colors. The battle effects also have anime touches, and I think they turned out really well.

Where you also trying to make the battles easier to follow?

Hashimoto: We thought about it at the time, but it wasn’t a big factor. In the end it was more a case of the team trying to give the game the best graphical polish.

How long is the story?

Hashimoto: It isn’t too much longer than Lost Sphear, so I think something like 30 hours.

Are there side quests and other things to do aside from the main story?

Sasaki: We’ve added a few side quests that deviate from the main story, as well as some that dig deeper into the origin of the Daemons.

Can you do those quests even without being allied with all the Daemons?

Hashimoto: The Daemons are all in easy to find places so I don’t think players will miss them, but even without finding them all you can still continue the quests. It wasn’t really something we thought about when we developed the game, but I think players who like to restrict their options for an extra challenge will also be able to do that here.

Will there be a chance to play the game before release?

Sasaki: We’re not at the stage where we can make any promises, but it’s something we are thinking about. The story is a given, but we’d also like players to try out the action mechanics and see what they think. It all depends on how things go, but I’d like to do it.

Finally, do you have a message for your fans?

Tokita: At E3 2019 there were plenty of remake and remaster announcements, but I’d prefer it if there were more new games being announced – and I want us to keep making new games too. I think there are a lot of game fans who feel the same way. The recent success of Octopath Traveler gave us a lot of confidence. This is a very different type of game, but we made it with that same aim of it being new and impactful, so please try it out for yourself!