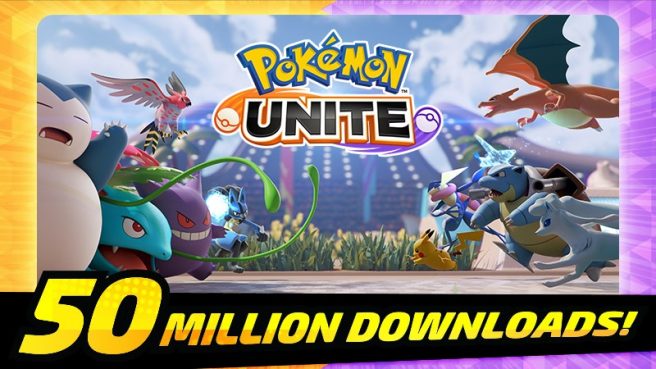 Pokemon Unite has reached another big milestone, with The Pokemon Company revealing today that the free-to-play game has surpassed 50 million downloads worldwide. That number accounts for users on both Switch and mobile.

To celebrate the news, all players will be receiving a special gift. By logging in starting on December 9, they’ll be eligible to claim 2,000 Aeos Tickets. These can be used to buy skins, held items, and item enhancers. The gift will be up for grabs until January 31.

After the initial Switch launch, it was revealed on September 16 that Pokemon Unite had been downloaded over nine million times. With the mobile version then coming out shortly after, that opened up the game to even more players.

There’s been a lot happening with Pokemon Unite since launch such as balance patches, battle passes, and new Pokemon. Most recently, Tsareena was announced for the title.

Pokemon Unite is currently available on the Switch eShop as well as mobile for iOS and Android.