Posted on July 6, 2022 by Dennis Gagliardotto(@LyonHart_) in Previews, Switch 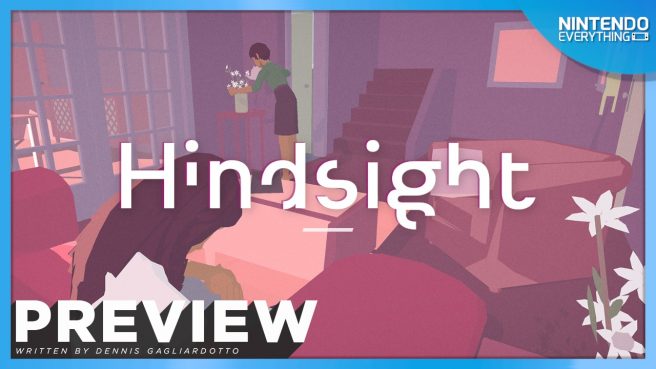 What if the physical objects of every day life, the possessions we hold close, were actual windows to the past? It’s a question that many have thought of as we fiddle with theories of time travel and reminiscing about the days of old, and is also the question that starts off the summary for Hindsight, the new narrative-driven adventure game developed by Joel McDonald and published by Annapurna Interactive. Heirlooms, hand-me-downs, and gifts from loved ones all hold some sort of sentimental value to all of us, regardless of what the object in question may be, and we’re immediately transported through our thoughts to a specific time or memory of a person. What Hindsight does is take that in a more literal sense and uses that as a gameplay mechanic to drive the story forward of the protagonist, Mary, who ultimately faces a part of life we all have or eventually will: handling the belongings of loved ones who are no longer with us. Speaking to McDonald, we had the chance to peer into the game a bit – specifically the second chapter of the game – and get a feel for how the game functions, what it ultimately aims to do, and why this was an important project and story to tell.

During our preview, McDonald played through a bit of the second chapter and introduced us to the mechanics and how the gameplay itself functions. It shares topics that could be relatively heavy to some, but inevitable to all. As we explored through various facets of the game, it became clear that the team wanted something that felt not only personal, but emotive and thought-provoking as well despite its linearity. At the same time, its design is flexible enough that players can still attain that immersion without having to stray from Mary’s story being told as everyone will play through the title and experience the same beats and ending regardless of how they go about exploring these memories.

Due to the heavy story focus of Hindsight, the gameplay itself is certainly casual with elements that borrow from the point-and-click genre, but during our preview, it was made apparent that what’s offered is extremely palpable and relatable, with an odd sense of tranquility and comfort that comes with the nostalgic territory of Mary’s (and subsequently our) memories. It’s worth mentioning, however, that though there’s the personal aspect to it as well through the objects we ultimately decide to interact with and keep with us to make the player experience more connected, this is Mary’s story to tell at the end of it the day. That means you won’t see multiple endings despite the wide selection of choices and paths from chapter to chapter. 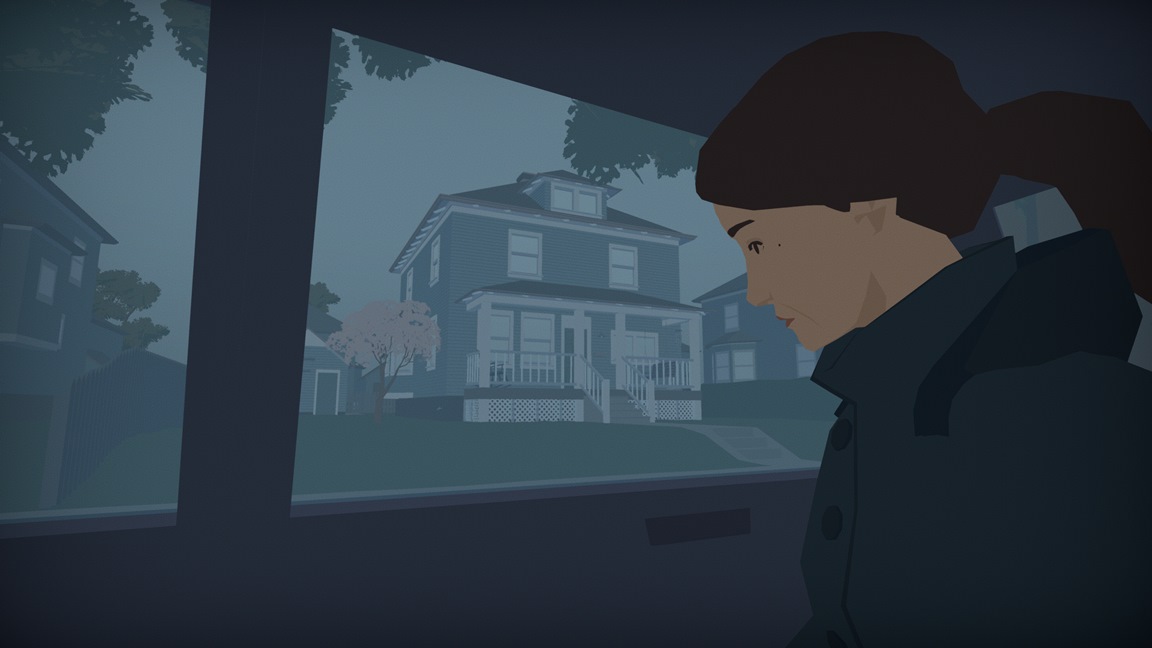 “It doesn’t necessarily change the outcome because it’s a narrative experience. It’s meant to just be more so representative of player’s choice while respecting Mary’s story, but in a way that also acknowledges what the player picks.”

Hindsight right away aims to be an emotional adventure through time as Mary visits the house of her mother her recently passed away, gathering belongings from a wide array of spaces in the current day and through the memories you’ll jump through known as apertures. These apertures serve as a sort of puzzle, having to properly align them in such a way to gain access to the next set of memories that cleverly overlap with the aperture being manipulated in the environment. For example, McDonald explained to us that the clever transitions also make for a more seamless experience like what we saw with water droplets coming from a hose in the backyard being turned into rain droplets from a different perspective once you’ve properly aligned the aperture.

“The original idea of apertures… they’re meant to act as this sort of frame and seeing things from this different perspective – a screenshot in time, if you will. That’s something we try to explore and make sense of with these memories.”

However, it’s not all tears in the rain as the game is all about “cultivating what matters” through “object shaped portals”, and while Mary’s story remains a linear experience, what you choose to take with you will ultimately be up to the player. Environmental appreciation and exploration is hugely recommended as there are plenty of side paths that will likely need a few playthroughs to experience.

“The story will stay consistent. The only real difference is you’re uncovering it in different ways and reflecting on it rather than in a ‘choose your own adventure’ kind of way. It’s a game where you can linger and go at your own pace, but if you’re trying to explore everything you’re probably looking at roughly three to four hours to experience all of Mary’s memories [through the apertures we’ve placed throughout].” 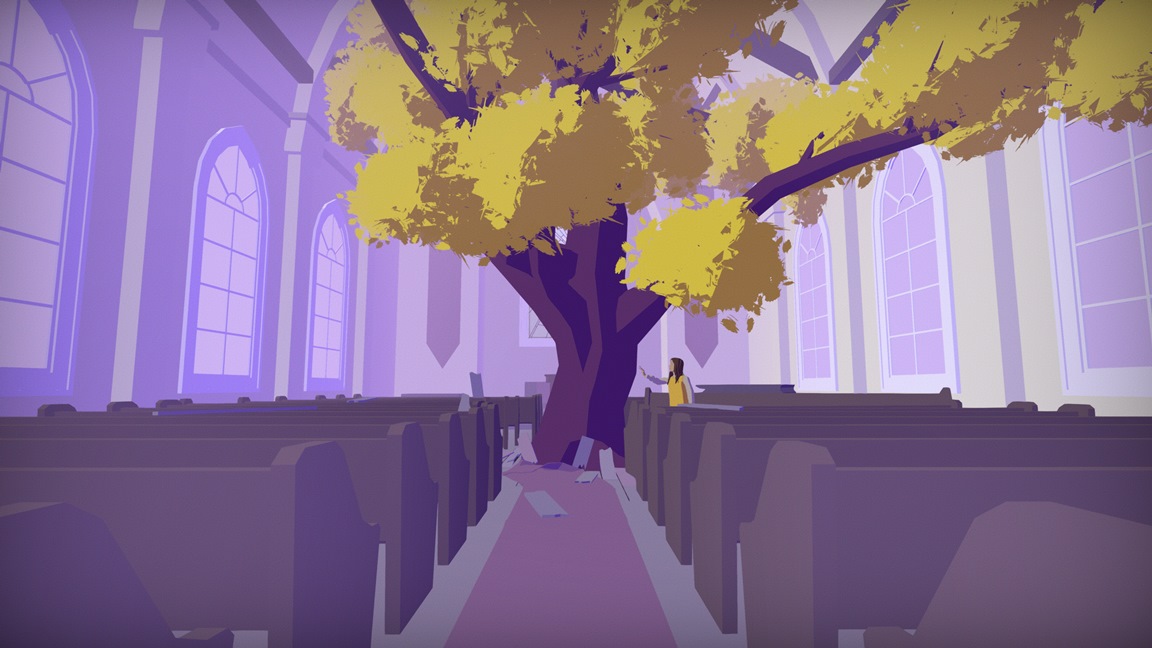 Hindsight emphasizes how much a part of our lives these themes can be, and because they come in such a wide variety of ways and impact every one of us differently, the game reminds us that life keeps going on even while we’re grieving. This especially impacts Mary as throughout she’ll get the occasional call on her phone since she’s an accomplished chef who’s about to open her own restaurant. This gives her a sense of purpose in life but also adds on the pressure that the world around her keeps moving, also emphasizing that she’s on borrowed time while living. With so much to do and accomplish in our lives, reflection, expression, and realization are some of the topics that Hindsight wants to make sure you think about and experience while looking through the eyes of Mary as she goes through this stressful period in her life. We couldn’t help but inquire, however, about how these themes will evolve and flow, and how we’ll see these stages of grief and reminiscence play into each other and progress throughout the narrative as they kept hinting at “darker themes”.

“Without spoiling, I will say we did kind of touch on age being such a big theme of the game, so you’ll feel the emotions and vulnerability that comes with each significant moment in life growing up to where Mary presently is at. Nature is a source of a wonder an awe but also has this violent source that we can’t control; Mary very much feels like she needs to control all the different parts of her life but needs to come to terms with the fact that she just won’t be able to feasibly do that.”

“…and because player expression was very important to both of us, connecting with Mary and having that freedom to choose which objects to take home and which apertures to experience was something we absolutely wanted to have in the game as it represents the players journey and the time they spent with us.”

From our short but evocative time with Hindsight and seeing life through the lens of Mary, everything felt incredibly authentic and human, and this was further enhanced by the extremely fitting and poignant voice acting done to give the character more heart and characterization. Initially, however, I was shocked to hear that before Emma Kidwell had been brought on to help with story beats and the narrative structure of the game, conveying Mary’s thoughts were accomplished in a different, albeit less effective manner. These were originally done in ways that contained more imagery and interpretation, but this proved difficult in communicating her thoughts to the players in a more concise and comprehensive way. 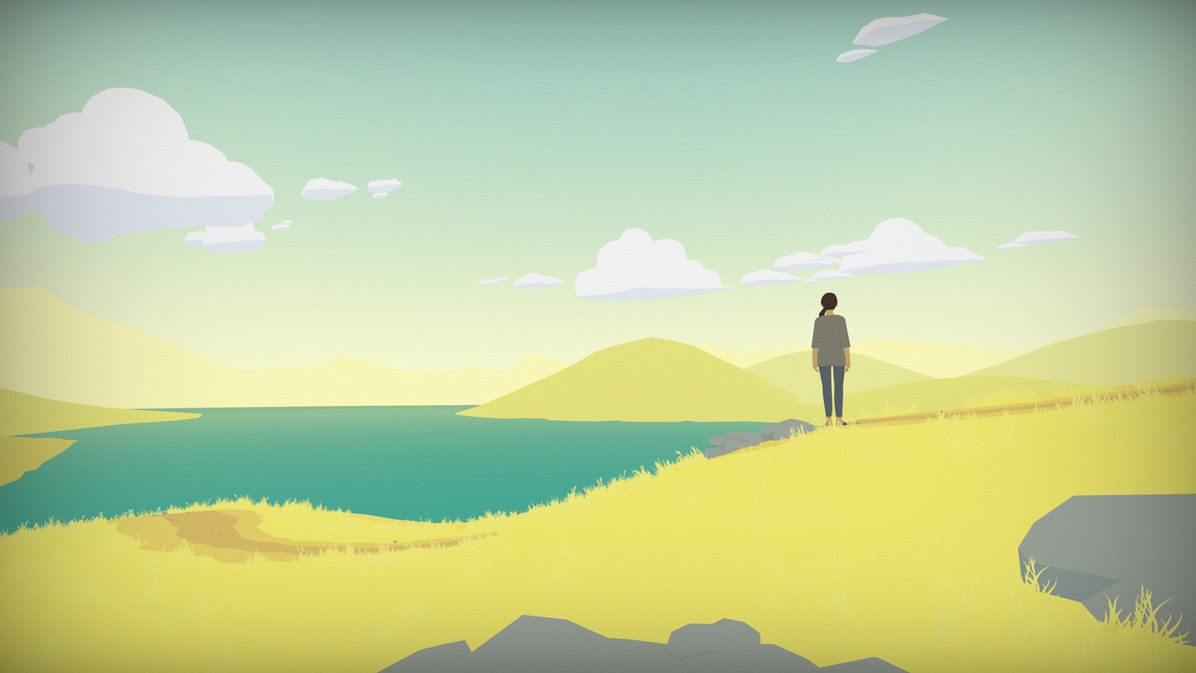 “Because it was originally difficult to communicate Mary’s thoughts to the player, we made the switch to make the dialogue more grounded and served to be more beneficial. It was hard but rewarding, and it was much easier to get to know who she was when she was actually able to talk.”

Though our time with Hindsight was brief, it was clear that something special was being brewed within the game that was more than just a story of someone experiencing loss, but a philosophical and interactive art piece that McDonald and Kidwell have crafted together alongside their team. It comes from a place that goes beyond passion, stemming from the soul and personal experience that’s equal parts relatable and inevitable. It’s worth mentioning also that this would be the first real game of sorts from McDonald and co. thanks to the support of Annapurna Interactive following from his previous project, Prune, in which you grew a bonsai tree, and this will no doubt add to the company’s incredible catalog of unique and telling experiences you’d be hard-pressed to find anywhere else.

Hindsight unfortunately still has no release date at the time of this writing, but development is well underway and the game is looking fairly polished, so we’ll likely hear something soon as it’s slated for 2022. It will also be arriving on all platforms when it releases (including Switch). Ultimately, players can experience for themselves Mary’s story of loss, reflection, and growth as she reminisces on the precious memories that we take for granted, putting a statement on appreciating the things you have and the moment you’re in, because you never truly realize how special something is and what you have until it’s gone for good.