Reggie says Sakurai “will be aware of the groundswell of support” for playable Waluigi in Smash Bros. Ultimate 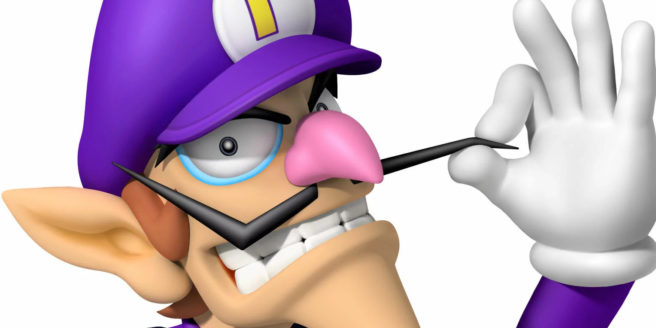 If there’s one character fans have been rallying to be made a playable character in Smash Bros. Ultimate as of late, that’d be Waluigi. After the Switch title was revealed at E3 a couple of weeks ago, some fans were very vocal in expressing their disappointment that he won’t be on the roster. Rather than being playable, Waluigi is an Assist Trophy once again.

Vice caught up with Nintendo of America president Reggie Fils-Aime and asked him about the situation. Here’s an exchange between the two sides:

So, you’re sitting in front of Mario Tennis Aces poster. I need to know your main is?

[Forcefully, while holding back a laugh] WALUIGI.

OK, well listen… Why does Nintendo hate Waluigi then?

You saw the headlines!

CLEARLY, Nintendo does not hate Waluigi. Because here I am with him as my main character. I mean look, we’re making every character that’s ever been in a Smash Bros. game available in Super Smash Bros. Ultimate.

[Laughing] But not Waluigi .

[With faux exhaustion] You would think that would be enough to satisfy the fans. But noooooo! The fans have to focus in on one character that that isn’t part of the series and to demand their inclusion.

So, one of the good things about the way we approach E3 is when it’s all said and done we step back. We look at all of the feedback and share with the devs and certainly Mr. Sakurai will be aware of the groundswell of support that appeared for a Waluigi. And in the end it’s his decision to make. Just like when we were getting ready to launch the Wii U and 3DS version there was this groundswell asking for Reggie to be a playable character in the game. I mean…

… But actually a real question on this. Which is, you think about Waluigi arc – and the Washington Post article kind of says this – when Waluigi was first debuted as an extra character, he seemed like, ugh, another B.S. character and now there is this fandom for him. Genuinely! Does it feel good that there was that swing?

Oh absolutely. I mean, look, I love that our fans have a passion for our intellectual property that feels so good. You know, I could remember as a new executive with the company being asked about Kid Icarus, and I’m like “Kid Icarus? I thought I thought I was the only one who loved you know the Kid Icarus game!” And so it’s it’s humbling, but I’ve got nothing to announce about Waluigi.

You can read Vice’s full interview with Reggie here.