Posted on September 20, 2014 by Vincent Ward in Features, Reviews, Wii U, Wii U eShop

In a market filled to the brim with 2D platformers, it’s hard to stand out from the crowd; it seems as if, unless your character is sporting some overly familiar overalls and a fancy brown mustache, you’ll never be noticed. Those odds didn’t stop newly-made studio Rain Games from taking a shot in the dark with Teslagrad, a platformer that uses unique storytelling and gameplay to rise above the rest. But does this all blend together to create an experience worth checking out, or is it better left alone?

As soon as you start up the game, you’re presented with the opening menu showing the main character’s father carrying a baby walking through a dark town. Once you hit Start Game, it makes the seamless transition into gameplay where he hands off the baby to the mother. Time goes by and the town you live in becomes overrun, forcing your mother to let you out the back door as you take control over the now grown up young boy. You run through the town amidst a rainstorm as soldiers chase you down, and you climb atop buildings and through alleyways to escape, all leading up to the young protagonist taking shelter in an abandoned tower, which he then discovers has more than meets the eye.

Now, this isn’t all spoon-fed to you with numerous boxes of texts or someone yelling in your ear telling you what the soldiers names are. The game instead chose to feature no text or full on voice acting throughout the five hour adventure. All you have is the ambient soundtrack and character grunts to accompany you throughout your journey as you have the world around you unfold and tell the story little by little. 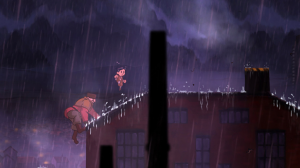 This game’s art style nothing short of stunning.

Speaking about the world around you, there’s another thing that’s evident from the very beginning – and that’s how much work went into the areas you’ll explore. The locations are a fine example of the beauty in gaming, with each one containing some undeniably gorgeous settings and some especially fantastic looking moments around the end. Whether you’re just exploring a gigantic tower or taking a stroll through the village, everything is crafted in such a way that it effectively gives off a feeling that keeps you invested. It emanates a strong steampunk vibe, and you’ll be in awe at all the locales featuring desolate factories all the way to thriving gardens that not only look great, but also make for some fun playgrounds to explore.

Despite the title’s visuals, Teslagrad’s gameplay is where the cookie begins to crumble due to a few odd design choices that hold the product back from reaching its full potential. For starters, there are little cards scattered around the expansive environments – out of the way of the main path – that contain images from the past you can collect to learn a little bit more about the story. This indicates that these items are optional collectables. But once you reach a door before the final area, you see scribbles on the wall that say you are required to collect sixteen of the cards before you can progress, and if you’ve played like me, you’re put into a bad spot. You then need to backtrack with no indication as to where to go. Backtracking like this is completely unnecessary as it only adds needless searching that frustrates the player and serves to only lengthen an already adequately paced game. 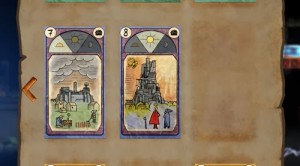 These cards play an important role, as they help provide you with more information on the game’s lore.

Another problem is the completely inconsistent difficulty. The game is loaded with puzzles that test your polarized-inspired knowledge as you use your character’s newfound abilities like controlling the forces to fly through rooms or pushing/pulling things. While this concept is interesting and plays well most of the time, it typically doesn’t feel fair. For instance, you’ll be using your powers to fly and teleport between some electrical currents to reach higher in a tower, requiring you to have some fast reflexes and good timing to overcome the obstacle. This comes right after puzzle which only tasks you with the simple objective of rolling a ball through an obstacle course. Not to mention, the puzzle after the electrical current one is not as difficult either. While steadily increasing the challenge in games is a great practice, this takes things a few steps too far.

And on top of the aforementioned difficulty swings, Teslagrad possesses a few issues with hit boxes, the frame rate, and some forgettable puzzles.

With that said, Teslagrad’s gameplay doesn’t get everything wrong. In fact, it gets some things very right. Throughout the course of the game, your character’s powers increase to add new abilities such as teleporting and magnetism to help you with some of your upcoming challenges. These powers all end up being used in boss battles that don’t play out the way you’d think. You won’t be picking up swords and slashing away at all things evil. Instead you’ll be using the various skills you’ve learned so far to take down these mighty foes. Each boss also presents completely different challenges than what you’re used to, so they all feel unique and defeating them actually feels like an accomplishment. Also, in this game, whether it’s electrical currents or a fire breathing mechanical beast, you’ll be dying a lot. There is thankfully a system in place in which you spawn very close to the area where you last died so that you can hop right back in. This comes in great use after getting into a tough spot with a boss or a puzzle. 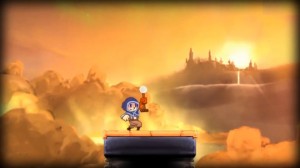 Your character progressively grows stronger with every upgrade

The main star of this game this is actually puzzles, though. Some, like I said earlier, are pretty forgettable and don’t feel too special. But the rest are all enjoyable and test your brain as you teleport, defend, and punch your way through the game. One puzzle in particular, found near the beginning, stuck with me after playing Teslagrad. This has magnetic fields that alternate their polar-effect and send huge electrical blocks flying across the screen as you try to traverse a maze laid out for you. While it was difficult to overcome, once I did, I felt pure satisfaction and accomplishment. That feeling stays constant throughout most of the game too, providing you with a gratifying and pleasurable ride to keep you racking your brain constantly.

All in all, Teslagrad has me a bit all over the place. There’s a lot to like here, but it doesn’t necessarily come together like it should. Great visuals and mostly great puzzles are squandered by a bit of faulty gameplay and a payoff in the end that can leave a bad taste in your mouth. That being said, I would be lying if I said I didn’t have fun exploring the scenery and watching the story come together. Overall, it’s a product that’s lacking, but fun nonetheless.

If you have the money to spend and are searching for a game to keep you invested and thinking about it long after the credits roll, you might want to skip over Teslagrad. Additionally, if little flaws such as hit box and frame rate issues just rub you the wrong way, it’s definitely not the best option. However, if you want to experience a short-lived game that will throw some new ideas into the mix and tries new things, then look no further than this title.