Posted on November 10, 2021 by Elias in Reviews, Switch eShop 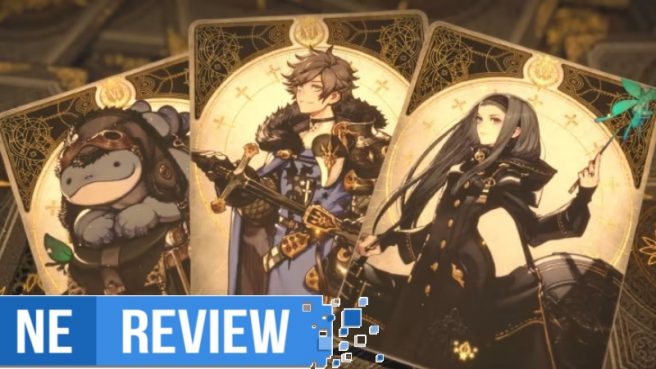 Voice of Cards: The Isle Dragon Roars is quite a unique approach to an RPG. Styled after tabletop roleplaying games, this adventure has a wonderful crew behind it, like the talented Yoko Taro as creative director, music from Keiichi Okabe, and character designs from Kimihiko Fujisaka. Everything in the game is represented by wonderfully crafted cards, like the key art for characters that shows their main stats in battle, or the item cards players can find in chests for weapons, armor, and more. With the voice talent of Todd Haberkorn as the Game Master and narrator, this adventure takes on the feel of an interesting night of playing pen and paper games. Does this approach make a compelling experience for video gaming though?

Ash is a young lad who is absolutely in this quest for the promise of reward. With his silent monster friend Mar, and a couple other plucky adventurers picked up along the way, he wants more than anything to be the one to down the dragon and return victorious to the promise of riches and valor. After being turned down by the Ivory Order, Ash decides to strike it out on his own with Mar and pick up new party members along the way. Each of the characters that joins the group has a reason for doing so. Melanie, for example, holds a deep grudge against the destructive Dragon and knows that she can’t complete the task on her own. Joining with Ash and Mar, she may have a chance to complete this task. Though Ash himself is very greedy, not very empathetic, and only focused on tasks that have something in it for him, Melanie provides a bit of a check for him. While Ash would rather press on than help anyone in need, Melanie is not so selfish and will provide good reasons for why taking on the task would be beneficial.

Throughout the story, Ash and Mar’s story unfolds showing a deeply troubled past full of abuse and trauma. While this definitely explains why Ash acts in the manner that he does, it also shows that he does actually care about a few things and wants to strive to make things right where he can. This character development arc is unfolded amazingly well, and while I won’t spoil the big reveals, it definitely made me understand Ash a little better and turned him from my least favorite character into one that I not only like, but have loads of respect for. 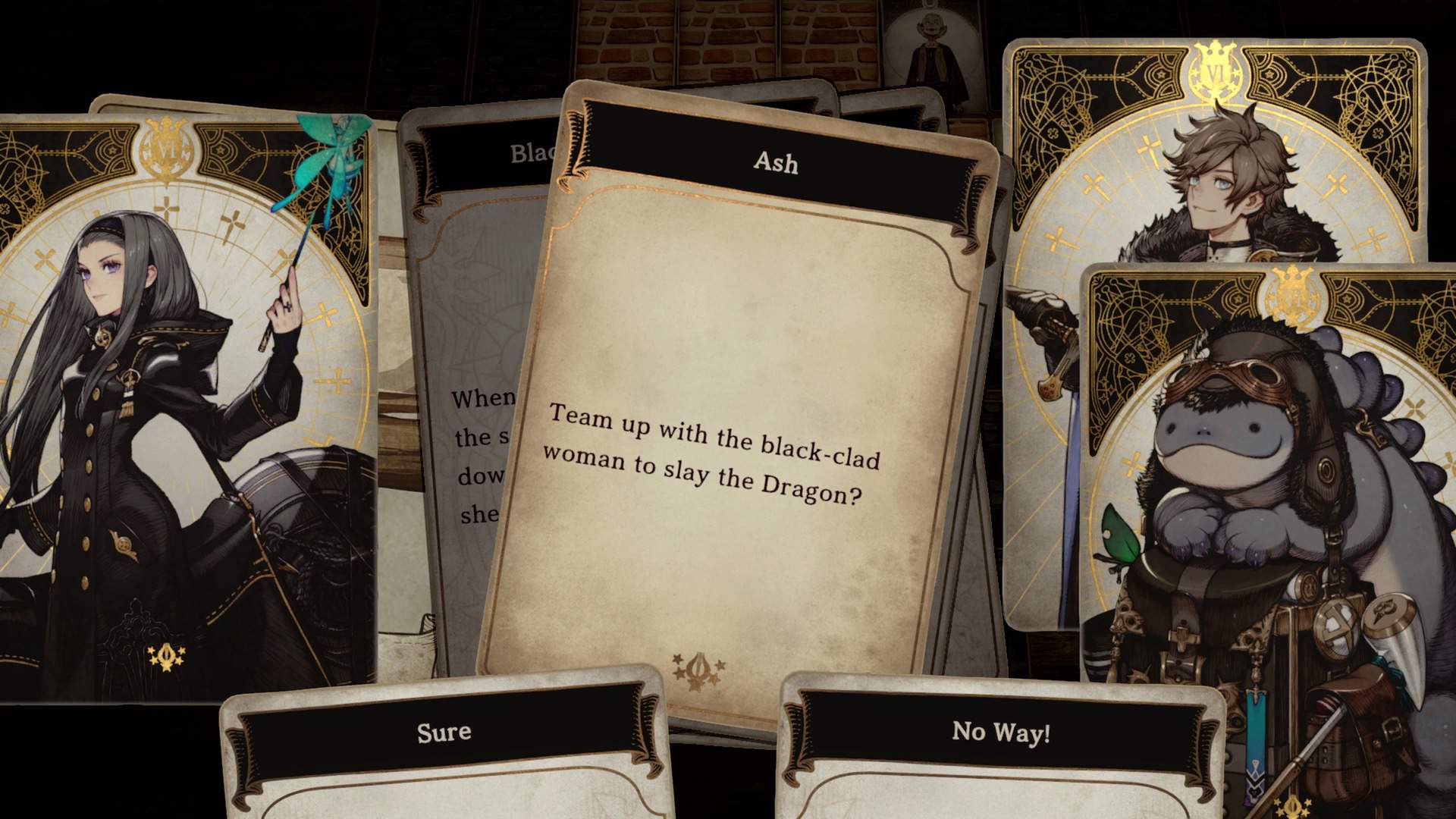 The Ivory Order, a beloved group of medicine makers, show up many times on the adventure. Each encounter shows a rude and cruel side of them, but across the Island of Bliss, everyone reveres their medicine making abilities. It is these abilities that see them get away with an awful lot of misbehavior. These white-clad adventures all have the Welsh word “wyn” in their names, meaning “white” and while that is fitting of a name like “The Ivory Order,” the interactions had with them are anything but. Thwarting Ash and his companions every step of the way, they will prove to become the most annoying adversaries since Saturos and Menardi of Golden Sun fame.

Exploration is done in a game board format, where players can move one tile at a time, flipping over surrounding cards to show the world’s terrain little by little as you venture forth. The world has paths, forests, villages, and even hidden treasure chests tucked away in the far corners of the world. As you move, events and random battles can trigger, with a scene to play or the battle board phasing in for a turn-based fight. All characters, items, enemies, and even abilities are represented by cards and narrated by the Game Master. Towns, caves, forests and other such dungeons can also be explored in this way, with events still able to trigger that are tailored to the area at hand – like finding a singing maiden in the deep reaches of the trees in the first forest dungeon, or a better-than-average monster that yields more experience in an overworld event, should we make the right decisions to catch up to it, of course. 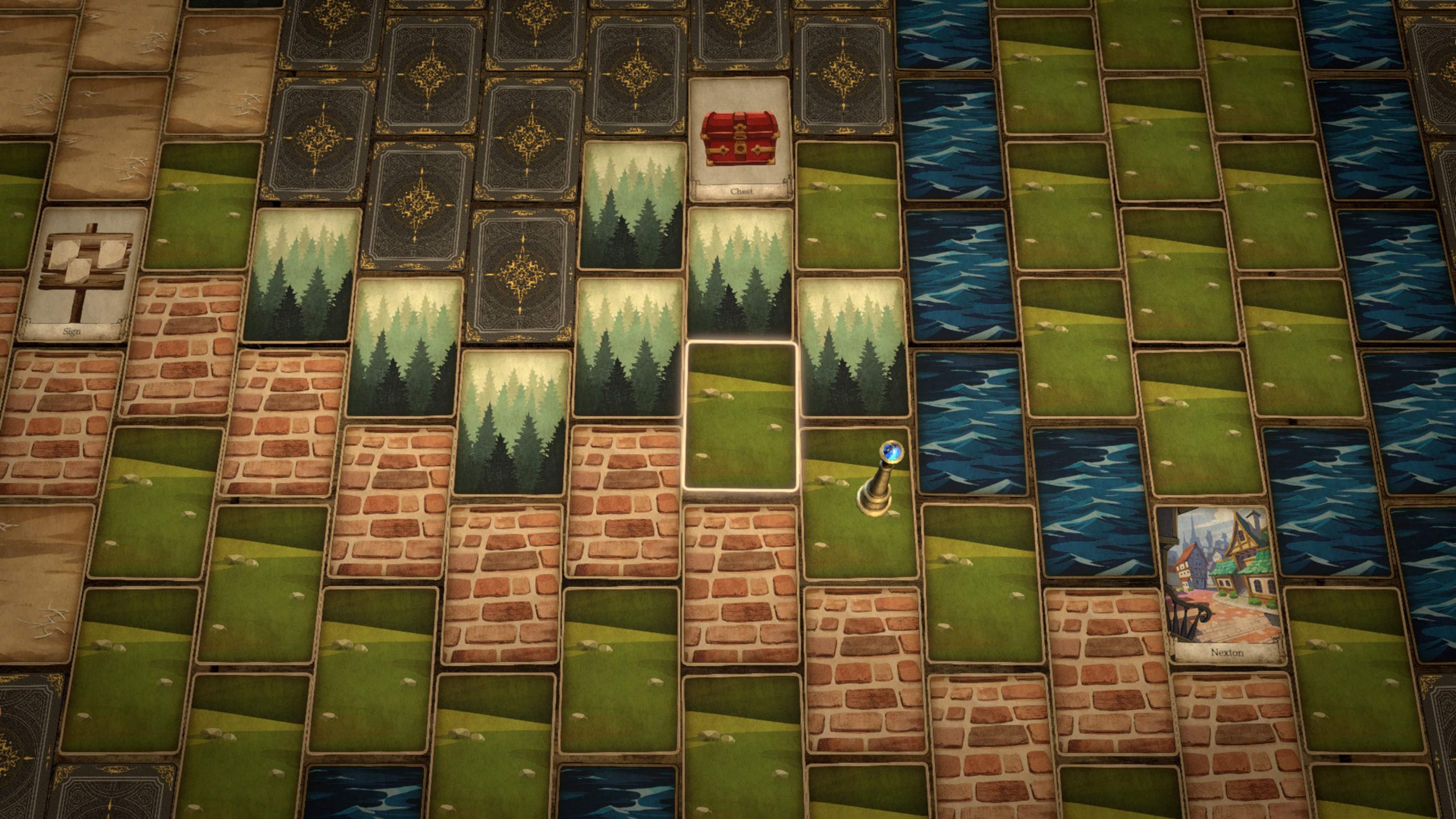 Every card is wonderfully crafted with beautiful art, and characters and even enemies can have information expanded upon in the “Collection” feature after either clearing a side quest or defeating the enemy a certain number of times. These little bits of information help flesh out the characters, give more information about the monsters, and help with building up the lore within the adventure. Some of the information can be surprising, like the early information about an abused older woman and how she finally handled her situation being granted to the player after completing a small side quest in the first town. These little tidbits are always enjoyable and I found myself striving to complete any and all requests due to rewards and these little collectibles.

Some towns may yield additional party members when conditions are fulfilled, adding to your little fellowship and expanding your combat capabilities overall. With each unique character comes skills that can turn the tide of battle, like buff skills, healing, and attack magic of different elements. Swapping characters around based on enemy weaknesses will help players tackle tough fights, and it feels rewarding to bash in the brains of monsters and foes with an attack they are weak to, providing a massive boost in damage and getting you out of the fight faster and back to tracking down that terrible dragon.

The overall experience in Voice of Cards is driven by combat, with a fast system that uses cards and dice rolls to decide damage and healing. Characters level up through combat experience, gaining increases in their stats and learning new abilities that can be swapped in and out from the menu between fights. While each character can equip four skills for battle at once, they can also equip abilities that augment the character, like regenerating a bit of HP after each battle, for example. Setting up your characters allows you to tailor each fighter to the task at hand: will we need to swap elements to deal weakness damage, or maybe switch to a build that allows multiple enemies to be hit each turn to cleave them all down faster? Which ever way we go, the battle experience changes. 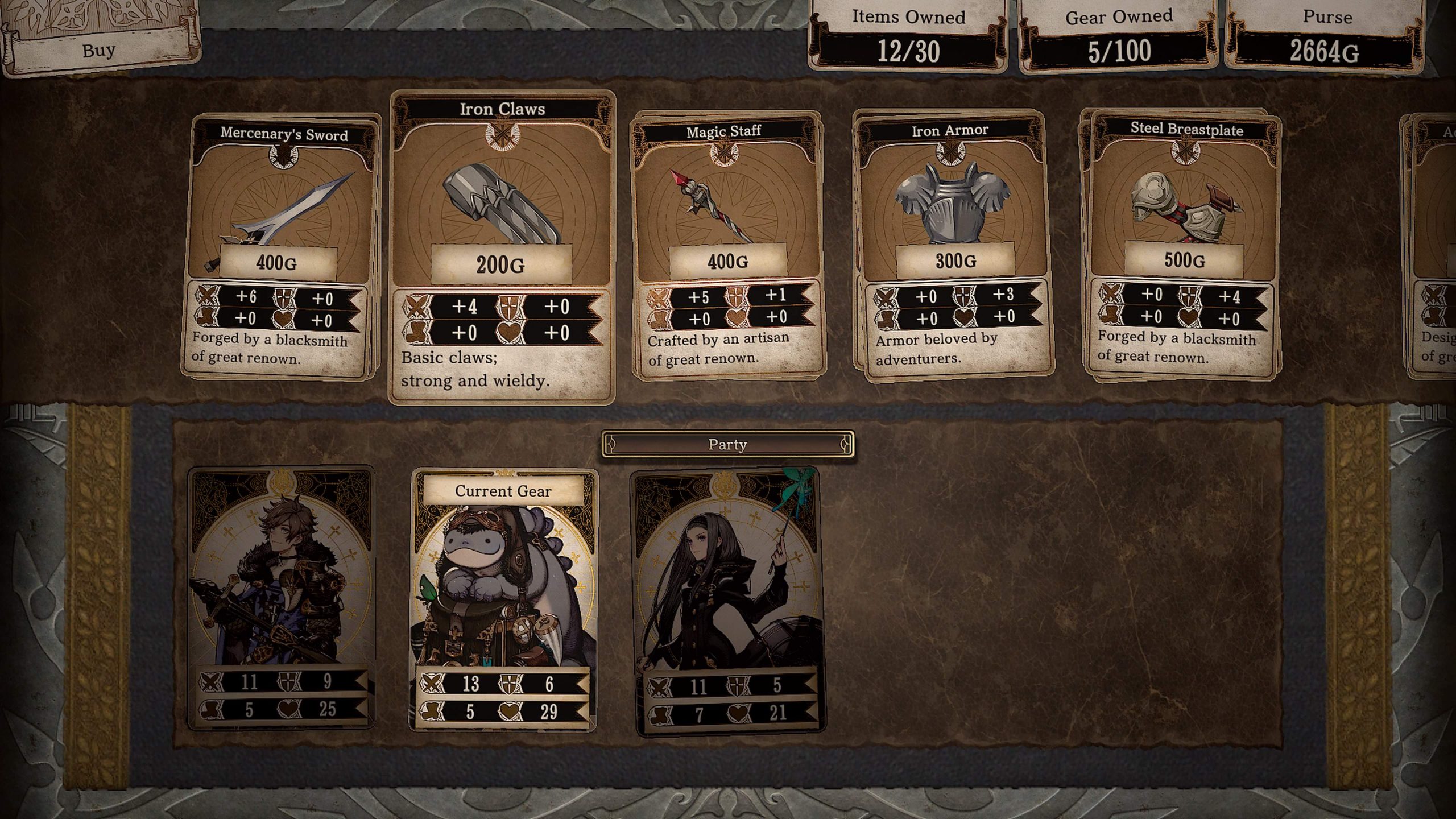 Where the game really shows off is through story reveals, as stated above: Ash’s backstory is absolutely great. This isn’t the only shining point, though. There are many moments in the story where everything falls into place and we begin to understand the bigger picture of what is happening on the Isle of Bliss. For these moments alone, the story telling with the voice of Todd Haberkorn is a rich and wonderful experience. Every plot twist provides the player with more reason to see the task through to the end, to understand why the characters are so motivated to take down the dragon, and what they hope to gain from completing the quest and returning for reward. What started out as a snot-nosed brat of a kid desiring gold for selfish gain becomes a dire need to make things right, not just for himself, but for everyone in the party.

The evolution of characters is obviously what has provided more than one “wow” moment for me personally, but I feel that for any turn-based RPG player, there is something to love. With a simple combat system that blends tabletop mechanics with common video game combat, each person has something to love about the game. Be it the storytelling and single-man voice acting team, or finding chests tucked away in the far corners of the world, the Isle of Bliss has a lot to uncover, and each reveal is a reward that even Ash can’t balk at.

Voice of Cards: The Isle Dragon Roars is a very unique experience that may not appeal to all players, but RPG and tabletop fans should not miss out on such a wonderfully crafted story with well-written characters and a handful of endings that are impacted by the player’s choices made in game. With great replay value, and fantastic execution, this little surprise from Square Enix is a wonderful entry into the library of fantasy roleplaying games for any fan.

Voice of Cards: The Isle Dragon Roars copy provided by the publisher for the purposes of this review.