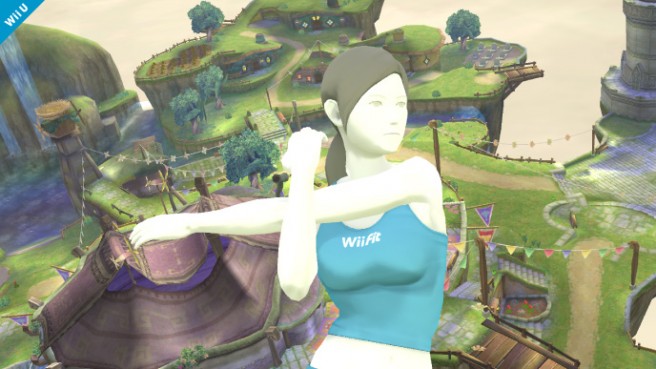 Super Smash Bros. director Masahiro Sakurai recently spoke about the inclusion of the Wii Fit Trainer in the new Wii U and 3DS entries.

Sakurai’s words come from the latest issue of Japanese issue Nintendo Dream. You’ll find our translation of the excerpt below.

ND: Not only guest characters were shocking, but Wii Fit Trainer as well. It was a character no one saw coming, right?

MS: For Super Smash Bros. Brawl, it was discussed that non-combatant-like characters wouldn’t be added, but this time an important aspect of the concept was “if that character is included, could interesting things be done and could that fighter express individual traits?” When making this game, it was necessary to think very seriously “how to create new fun things”. I was able to think in my head the way how Wii Fit Trainer and Villager would operate so therefore they were included. Games must be completed properly, and in order to have fun gameplay for you and your opponent, each character has to have individuality. The present Smash Bros. was done by giving importance to that.

ND: By the way, did you realize Trainer as something to put into a Smash game at the time of the release of Wii Fit?

MS: No, that’s not the case. I don’t think about new characters etc. if I don’t have to for making a new Smash Bros. game.

Another question asked by Nintendo Dream is whether Sakurai chose the order of character announcements for Smash Bros. This was indeed so.

Yes. Although I received consultation on events and such, the schedule of what gets announced and when all was decided beforehand. That is so things like deadlines for the movies were arranged accordingly.