Sakurai says he’s been doing too much of the work himself on Smash Bros.

Posted on December 8, 2021 by Brian(@NE_Brian) in General Nintendo, News 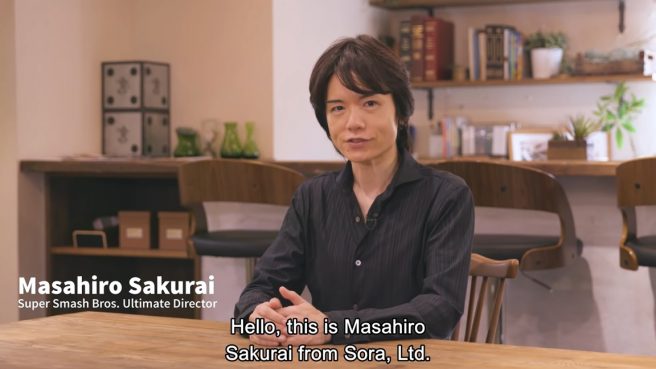 You can make the case that Super Smash Bros. is Masahiro Sakurai’s baby. He’s been there since the very start with the first entry on the N64, and since then, he’s directed every entry.

Going forward, it sounds like Sakurai would hope to have the development on Smash Bros. centered less around him. Speaking with The Verge, he mentioned that he’s “been doing too much of the work myself” and the series as it is “has too much of my personality poured into it.” For Smash Bros. to continue to succeed, he feels the need for the franchise to be about more than just one person’s vision.

“… I’ve been doing too much of the work myself, so I’d need to resolve that, too. The current Super Smash Bros. has too much of my personality poured into it. In order for a long-time series to continue thriving today, we need to think about eliminating the series’ dependence on just one person’s vision.

Of course, this is the way it is now because we weren’t successful in splitting the vision between multiple people before. This would be a challenge for the future and something that needs to be discussed with Nintendo, if there were to be a next installment in the Super Smash Bros. series.”

Sakurai shared a few other comments about Smash Bros. this week, including how fans shouldn’t always assume there’ll be a new game. You can read about that here.