Posted on 7 years ago by Kirara Koneko(@KiraraKoneko) in 3DS, Videos | 4 Comments 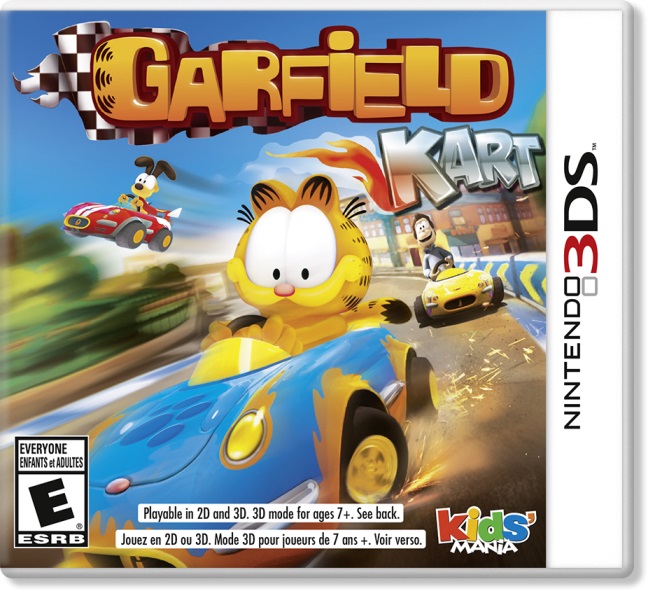 Posted on 7 years ago by Brian(@NE_Brian) in 3DS, Screenshots | 5 Comments 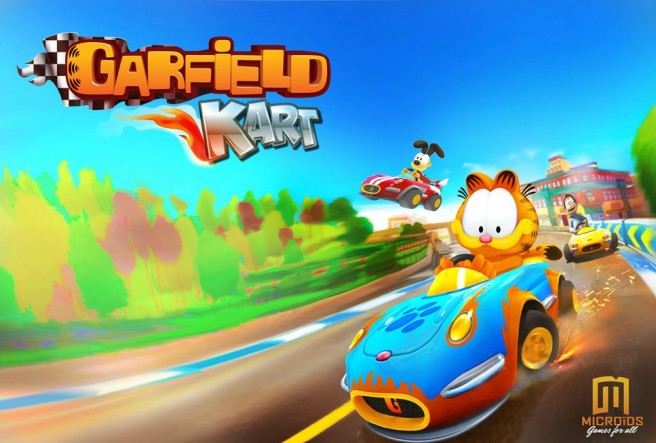 A bunch of Garfield Kart screenshots and art were released today. All of the images are posted in the gallery below.

Garfield Kart out on August 11 in North America

Garfield Kart, first revealed for 3DS in early April, is now confirmed for North America. French publisher Anuman Interactive and Koch Media distribution label, Ravenscourt, announced today that the game is slated for August 11 for $29.99. It’ll be published under the label Kids’ Mania.

Below is a brief overview:

…the world’s most famous cat, Garfield, hops in the drivers seat alongside well-known characters from the Garfield Show in Garfield Kart, the funniest racing game on Nintendo 3DS. Supporting up to four players via local multiplayer gameplay, this is the first time you can play with friends right next to you in one of 16 different tracks from Garfield’s world. The game also features single-player racing with four modes – Quick Race, Championship, Time Trial and Daily Challenge.

I’m not too sure how many people care about this one, but the Kids’ Mania label is also bringing out Paddington Bear arrives in London on August 11 as well. The title “tasks players with helping Paddington and the Brown family solve a series of engaging and playful mysteries in order to find explorer Montgomery Hyde.”

Posted on 7 years ago by Brian(@NE_Brian) in 3DS, Screenshots | 3 Comments

Nintendo-x2 has uploaded a few screenshots from Garfield Kart. You can find them in the gallery above.

Garfield Kart game for 3DS heads to Europe in June 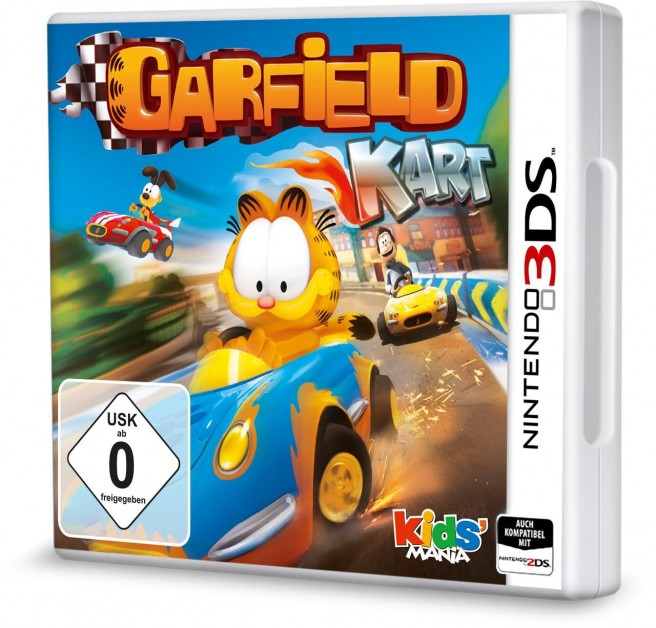 Amazon Germany has a listing up for Garfield Kart, a 3DS racer from Ravenscourt. Europe should be getting the game on June 19.

The hoggish cat lies down a hot tires! Fat cat on the slopes! In the fast-paced kart racing game Garfield competes against his friends. Clearly, in this show may not be missing Jon and Odie. Unbridled fun in three difficulty levels and four play modes await you: Quick Race, Championship, Time Trial and daily challenge. But that’s not all: Via Wifi you can login with up to three friends in the local network to sixteen different routes romp. Who is the most skillful driver or at the most insidious? Throw your competitors obstacles in the path and take them the right of way. But take heed, your friends do not sleep. A lasagne is a perfect barrier to obese cat. Gather items in to supercharge your kart and race to the finish line first as crazy hats and various spoilers. With Garfield Kart for 3DS even make your assembly fun!