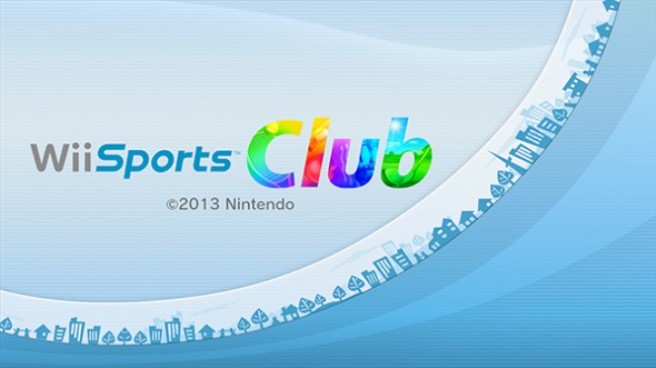 Nintendo will be carrying out a bit of maintenance on Wii Sports Club tomorrow. Between 6:15 AM PT and 7:00 AM PT, online play, rankings, and other online aspects will be unavailable.

Could this have something to do with tomorrow’s Nintendo Direct? Perhaps Wii Sports Club will be receiving golf!

Posted on 9 years ago by Brian(@NE_Brian) in Videos, Wii U | 6 Comments

Posted on 9 years ago by Brian(@NE_Brian) in Videos, Wii U | 3 Comments

Posted on 9 years ago by Brian(@NE_Brian) in Videos, Wii U | 1 Comment

Posted on 9 years ago by Brian(@NE_Brian) in Videos, Wii U | 0 comments

Posted on 9 years ago by Brian(@NE_Brian) in News, Wii U eShop | 5 Comments

REDMOND, Wash.–(BUSINESS WIRE)– The five beloved sports from the original Wii Sports game – bowling, tennis, baseball, boxing and golf – are making a dramatic and competitive return on Wii U. Starting today, two of the five sports – tennis and bowling – are now available in the Nintendo eShop on Wii U.

The sports are being released individually as downloads in the Nintendo eShop, and feature HD graphics, enhanced controls via Wii MotionPlus technology, as well as a much-requested online multiplayer versus mode, so users with broadband Internet access can face off against friends and family members online. Players can choose to associate themselves with various state or regional clubs and can send messages to one another via Miiverse. People can play casually against members of their own club, or take on members of rival clubs to increase their club rankings.

END_OF_DOCUMENT_TOKEN_TO_BE_REPLACED

Iwata not ruling out physical release for Wii Sports Club

Wii Sports Club is being made available digitally as individual chunks. Tennis and bowling will be available as separate downloads later this week, followed by baseball, golf, and boxing down the line.

Despite this release model, Wii Sports Club could launch as a physical product in the future. Nintendo president Satoru Iwata wouldn’t rule out the possibility during the company’s investor Q&A last week.