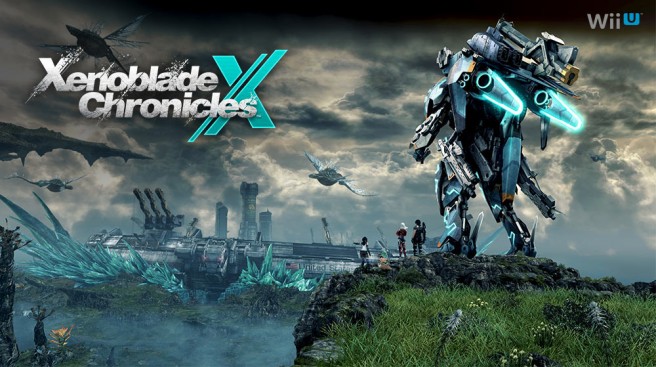 Nintendo has one more big Wii U game due out in the west this year: Xenoblade Chronicles X. The massive RPG will be released towards the very beginning of next month.

Speaking with MCV, Nintendo UK product manager Gemma Hall sounded off on who Xenoblade Chronicles X is intended for, and how the company will go about marketing the title:

“Xenoblade Chronicles X will speak to anyone who loves epic RPGs, as it has everything you could want from a big sweeping sci-fi adventure, with rich diverse landscapes, deep customization options, a unique battling system, and a host of memorable characters. We are therefore not only targeting it towards fans of the original Xenoblade Chronicles, but to broader JRPG fans looking for their next epic RPG adventure. The game is visually sumptuous and will demand the attention of genre fans.

We will be focusing activity initially around Xenoblade Chronicles fans, and then broadening out to wider RPG fans with a tightly targeted digital campaign. Due to the highly visual nature of this game, we are concentrating on video formats that show off the many stunning facets of the title, including the huge open world, giant alien monsters, and the awesome Skell transformations.

We have a wealth of Wii U games that will be part of our Christmas campaign, including Splatoon and Super Mario Maker. However, Xenoblade Chronicles X is a more serious RPG offering, with stunning graphics and sweeping sci-fi story, and so we expect this to open up the Wii U to the more hardcore RPG audience who won’t want to miss out on this future genre classic.”

Hall went on to say that Xenoblade Chronicles X fills the space for those looking for JRPGs on consoles. That also plays well into the release schedule, as there aren’t many games like it due out around the same time.

“We can see there is a big appetite for proper JRPGs within the home console market, and not much currently fulfilling it. On the 3DS, titles such as Bravely Default and Fire Emblem Awakening have proved hugely popular, and so we know that within our Nintendo audience this genre is particularly well received. It will be great to offer this type of game to the Wii U audience as well.

This game is very unique within the release schedule. The only other vaguely comparable title – Fallout 4 – is a very different breed of RPG so there is nothing similar within this window that offers dedicated RPG fans the score and depth of gameplay that Xenoblade Chronicles X does. As one fan said ‘It’s giant robots, flying around a massive field, fighting things. There’s nothing not to love about that.'”

Finally, Hall also commented on Xenoblade Chronicles 3D, and stated that the company is “very pleased” with its performance.

“We were very pleased with the release of Xenoblade Chronicles 3D, which did especially well considering it was only released for the New Nintendo 3DS, which as a newly released platform itself, had a much smaller install base than the Nintendo 3DS. This shows that Xenoblade Chronicles still has a very loyal fan base, as well as the potential to recruit new RPG fans wishing to play these critically acclaimed games.”