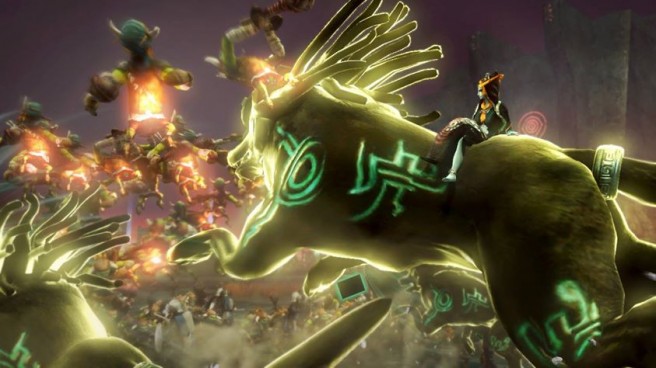 A new message on the official Zelda Facebook page provides another look at the Hyrule Warriors Twilight Princess Pack, which launches next week.

We found out a few days ago that Twili Midna will be added as a playable character. It’s now been confirmed that Zelda will be getting a new weapon, and Link will be able to wear a Postman costume.