Sony “pleased” that Nintendo is coming out with the 3DS

This is a rough translation from Sony’s Mick Hocking…

“We are very pleased that Nintendo is launching in the field of 3D with its Nintendo 3DS, as this will give the general public a better understanding of 3D and thus democratizing this technology in some way. It’s certainly a good thing for our products, screens, and PlayStation 3 compatible 3D.”

The funny thing about the situation is that Nintendo and Sony’s efforts are essentially the opposite of each other. Nintendo is going with 3D on a handheld without glasses while Sony is pushing 3D on a console with glasses. 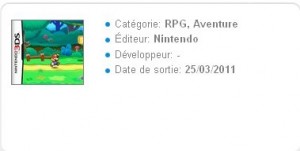 I’ve been receiving quite a few emails about this, but I’m not really sure how much truth there is to it. In any case, the listing above comes from one of Nintendo’s European sites, which states Paper Mario 3DS will be available on March 25, 2011. And since people believe that will be a launch title for the system, gamers are speculating that the 3DS will be out the same day in Europe. For now, I’m assuming that’s just a temporary listing, though we’ll see what happens.
Source 1, Source 2

– Video only
– Complete RPG (not like Super Paper Mario)
– Goombas, spiny shell enemies
– Chain chomp ally
– Subtle 3D effect
– When you jump under a hovering brick, you can see the pieces fly off in different directions
– When a wiggling cuts across your path, it seems like he’s walking off the screen
– At one part of the demonstration, Mario hits a switch which makes the background disappear, creates a neat 3D effect

Posted on 10 years ago by Brian(@NE_Brian) in 3DS, DS, General Nintendo, News | 0 comments

– Development started when Nintendo provided details about the 3DS for Square Enix
– Tetsuya Nomura had a general framework for gameplay systems as well as a story that he thought would match the 3DS’ visuals
– Kingdom Hearts 3D not the final name but it will somehow involve the final name (3D not for 3 Dimension, but it is an abbreviation for the subtitle)
– Story is unexpected, atypical based on the happenings that have taken place in the series and what fans have expected
– Story hints in Kingdom Hearts Re:coded
– Team is thinking of three new gameplay systems
– Again, developed by the Square Enix Osaka (Birth by Sleep) team
– Kingdom Hearts 3D demo was made very quickly

“This is because it’s not a remake, but a completely original game. This time, Sora and Riku are the two main characters. We’re currently in the process of selecting new worlds. ‘KH3D’ will be a title that enters a new step to follow the three games whose production was announced simultaneously, ‘358/2 Days, Birth by Sleep, and Coded.” – Tetsuya Nomura

“It’s like one game has been added. My purpose in coming to E3 wasn’t just for the announcement but for a meeting as well. I’m scheduled to come to next year’s E3 too. There are still surprise titles, but first enjoy Re: Coded, whose release date we’re set to announce shortly.” – Tetsuya Nomura

Posted on 10 years ago by Brian(@NE_Brian) in 3DS, Screenshots | 0 comments 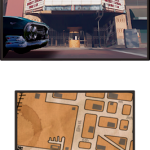 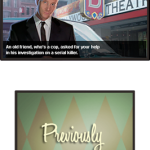 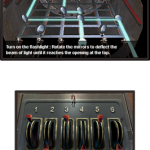 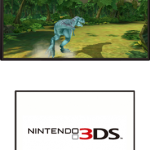 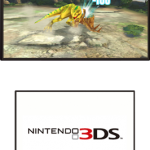 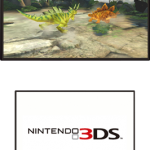 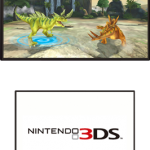 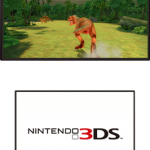 Thanks to LucasC666 for the tip!

Hideki Konno talks all about the 3DS

“I think there are so many titles at the 3DS booth, including first-party titles and support from our licensees like Metal Gear Solid and Resident Evil. When we first were preparing for the DS, I think the situation was very different. I was preparing first-party titles for the system like Nintendogs and Mario Kart, and I think there was suspicion toward the Nintendo DS. Like, “What do you do with it? With the two screens and the touch panel?”

However, the DS has now been in the market so long that the two screens and the touch panel have been adopted, and the new 3DS’ stereoscopic graphics (and the graphics themselves being enhanced so much) have convinced our licensees and made them feel like it’s worthy to participate this time at such an early stage.

So, I am the hardware producer of the 3DS hardware itself. And I had the opportunity to invite as many people as possible to join the show and be involved in the 3DS. I was in the software development field for a very long time. And during software development, my focus was on how to fully utilize the limited specifications supporting by the hardware. But now as the producer for the 3DS hardware, I was taking into consideration the features of the hardware itself, and how its software will take advantage of the stereoscopic vision, as well as how much enhancement of the wireless features is necessary.”

END_OF_DOCUMENT_TOKEN_TO_BE_REPLACED 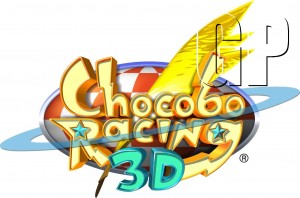 – Two minute demo
– Features Link riding Epona
– More detailed models than before
– Once you reach the arch of the drawbridge, the demo ends
– Great lighting effects
– 3D effects on par with the Metal Gear Solid demo

Rumor: 3DS likely releasing in one territory this year

Eurogamer is reporting that Nintendo is aiming to launch this 3DS in at least one territory this year and believes the system will definitely see a worldwide release “by early next year.” While the company is looking to have the handheld in stores for the holiday season, it’s possible that the launch could be delayed until 2011. Nintendo declined to comment on the 3DS’ release date or price, though it has been said that it will be out before the fiscal year ending March 2011.

Rumor: 3DS allows games to be copied to internal memory

According to Nikkei, consumers will be able to copy 3DS titles directly to the system’s memory. Once copied, players will be able to choose which game to play through the handheld’s main menu. The obvious benefits of doing this is that there will be no need to continually swap cartridges. Nintendo has yet to officially confirm the news, but considering Nikkei’s track record, I think it’s safe to say that this feature will probably end up in the 3DS.

Thanks to Thomas N for the tip!