Posted on 11 years ago by Brian(@NE_Brian) in 3DS, General Nintendo, News | 1 Comment

– Concept art has a girl standing at the top of a tower, looking over at a destroyed city, has buildings/streets in ruins
– Director Jiro Ishii: “It has the theme of the calamity that has become a trauma within me.”
– Developed by Level-5’s Tokyo studio
– “time travel” theme is the “ultimate ingredient” for Ishii
– Ishii: “I’ve been thinking about this forever now. Something like Back to the Future and Toki wo Kakeru Shojo, that’s loved forever. I have ideas for a time travel story that no one has done before, not even in movies or novels.”
– Level-5 CEO Akihiro Hino “It looks like it will become a large scale title. I’m also looking forward to it. I expect it to become a title that can be a popular series for Level-5.”
– Hino: “[The game is] centered on hardware that’s not yet in this world, it will expand to other hardware.”

Sounds like this could very well end up on the 3DS. The system is “not yet in this world” as far as I know, but will be in the next year or so!

As promised, Level-5 has revealed a new game in this week’s Famitsu. Kind of. Apparently, the magazine interviewed Level-5 CEO Akihiro Hino in the latest issue, who announced that the company is working on a new game called Time Traveler. The thing is, Hino wouldn’t exactly say what platform it’s for and seemed to avoid revealing further information when the 3DS was brought up.

We’re already aware of the fact that TOSE has been asked to create numerous titles for the 3DS. Is Level-5 working on the system as well? In any case, we’ll let you know more about Time Traveler is any actual game details come in.

The 3DS’ biggest feature will undoubtedly be the system’s ability to output 3D graphics. The system will probably make use of a parallax barrier system in order to achieve these results and now people are beginning to speculate that Hitachi and Sharp will be providing Nintendo with the goods in the form of newly announced 3.4-inch, 480 x 854 screen technology. Interestingly, it will feature both a 2D and 3D mode. A non-touchscreen version of the display will be going into mass production before June while the touchscreen version will follow closely behind. Sharp won’t say at this point if their technology will be featured in the 3DS, but sources such as Nikkei believe that it is likely.

“Nintendo’s overall performance has fallen short of our expectations, with software down over 30% and Wii hardware units down almost 50%. The company may have faced supply constraints for its hardware, but staple titles like Wii Fit with Balance Board and Wii Play were also well below historical levels. We are hopeful that the supply situation for hardware and for these key titles will correct in March; if not, we think that weak sales may suggest waning consumer support. We expect continued momentum for the PS3 due in part to its list of exclusives in early 2010 (Heavy Rain, God of War III, MLB the Show 10, et al) and Blu-ray compatibility. We are less sanguine about a March or April catalyst for the Wii, as there are no exciting first party exclusives until May (Super Mario Galaxy 2). Over the last several years, the Wii has benefited from being the cheapest console, but a consistently declining tie ratio causes us some pause. We believe that the PS3, with multiple high-profile exclusives and the newly-announced Move Controller, and the Xbox 360, with Project Natal, may begin to cut into Nintendo’s market share later this year, and think that it is possible that the three consoles divide the market more evenly at holiday. The DS continues to sell at an amazing pace, and we expect solid sales in March with the end-of-month introduction of the DSi XL. We also expect solid software contribution in March from the release of the Pokémon games, which we project will sell 5 million units combined world wide. We found the company’s announcement of the 3DS somewhat ill-timed, coming the week before the launch of the DSi XL. In our view, the company’s announcement warned consumers that the DSi XL would be obsolete within a year, and we were surprised at the timing.” – Wedbush Morgan Securities analyst Michael Pachter

I’ve got to admit, Nintendo’s first-party lineup for the first few months of 2010 is bland. However, it’s possible that the company is allowing third-party titles like Red Steel 2 and Monster Hunter Tri to shine. And then we’ve got three fantastic titles – Super Mario Galaxy 2, Sin and Punishment: Star Successor, and Metroid: Other M – all within about a month of each other. Regarding Sony and Microsoft, we’ll have to wait and see if they are able to capture the same type of success Nintendo has with their motion control devices.

Hm…I’m not too sure about this. We don’t know what the original email said and that could have influenced the response. That said, stranger things have happened. And we all know that Twilight Princess ended up on the GameCube and Wii. So, you never know! We’ll just have to wait until E3 to hear new information about Golden Sun DS.

Thanks to 357 Lobster for the news tip!

– New Nintendo handheld
– Will be shown at E3
– Craig believes 3DS will be the actual name
– DSi is the stop-gap
– Backward compatible with the DSi
– One of the screens will be stereoscopic 3D
– Peer thinks the top screen will be the 3D screen, bottom screen touch
– Craig thinks Nintendo bought the screens from a public company or have to reveal they sold a lot of screens to a certain company, Nintendo wanted to make an announcement themselves
– NCL only cares about themselves, not really NOA, Nintendo of Europe, etc.
– Coming out by the end of March
– Apple sneaking in on Nintendo, iPhone can’t do stereoscopic 3D
– Everyone’s 3D jazzed because of movies like Avatar
– Professor Layton, brain games, could be neat in 3D
– Multiple third-parties have apparently received confirmation from Nintendo that nVidia Tegra chip isn’t being used
– Craig doesn’t believe high-profile third-party devs don’t have the actual dev kits
– With the DS, devs were only able to work with one screen, devs had to constantly send the kits back and forth, get the new one with touch screen, etc.

END_OF_DOCUMENT_TOKEN_TO_BE_REPLACED

“Excited about the Nintendo 3DS. I’ve got the Fuji 3D Camera with the same tech. It’s cool and I’ve been wanting to see it used for games.”

Perry is most likely referring to the FinePix REAL 3D W1 camera, which used a “Parallax Barrier System” to display 3D images. Since the 3DS was announced, the system has been rumored to be using similar technology. The only question is, can we trust Perry’s words completely? We’ll have to wait a little longer for a confirmation at Nintendo’s E3 presentation in June.

Just to be clear, these aren’t official images of the 3DS. They’re simply fan renditions of what the handheld might look like. 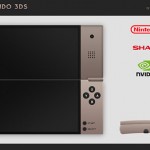 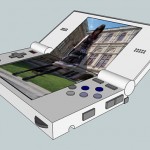 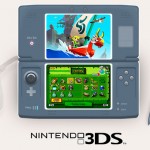 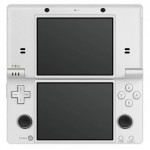 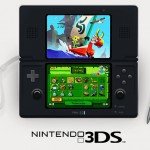 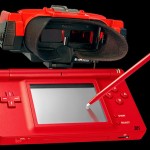 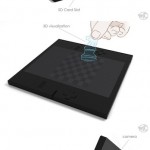 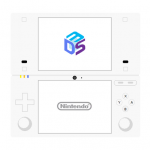 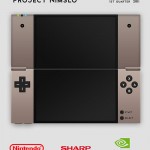 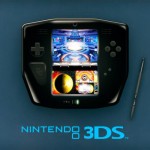 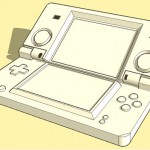 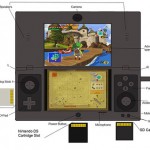 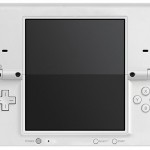 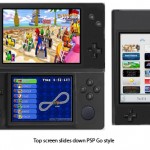 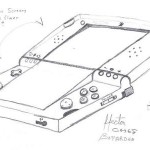 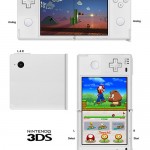 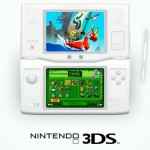 DS devs excited about the 3DS, Renegade Kid believes “it will be the best handheld system to date”

“This could be pretty exciting. As you may know, Arkedo always loves it when we have to take one specific ergonomic feature, and play around with it. So with the DS-from-the-future, we can’t wait to put our hands on it. It definitively sounds like fun and the potential could be huge, as often is with Nintendo. Count us in.”

“Based on what I’ve heard about the 3DS specs, I think it will be the best handheld system to date. To be honest, I think the 3D aspect of the console is just the icing on what is already an extremely powerful system. I expect the 3DS to have the graphical power of a GameCube, plus all of the other delights such as two screens, rumble, motion control, wi-fi, and an analog stick. The 3D feature is wonderful, for sure, but it will only be appropriate for certain things. [Nintendo] produces the best handheld systems, [the system will] deliver a platform worthy of a successor to the Nintendo DSi. [I am] very interested in developing for the 3DS.”

END_OF_DOCUMENT_TOKEN_TO_BE_REPLACED

Sony on the 3DS

“Our focus on 3D right now is on the console. There’s a tremendous amount of opportunity on PlayStation 3 with 3D. The amount of interest in 3D from the retail side and game publishers is off the charts. We know we have a hit with 3D on PS3 and we’re going to concentrate our efforts there. I think it remains to be seen where Nintendo goes with 3D on a portable. Having been in the portable space for quite awhile, I think it’s an interesting move but one I’d like to see where they go from a demographic standpoint. 8 and 9 year olds playing 3D is a little bit of a stretch given where some of our research is right now.” – SCEA’s Director of Hardware and Marketing John Koller

I’m not surprised by this response in the slightest. Even I admit that I’m a bit skeptical about playing games in 3D. However, I was also skeptical of the DS and Wii remote…And we all know how those devices turned out.