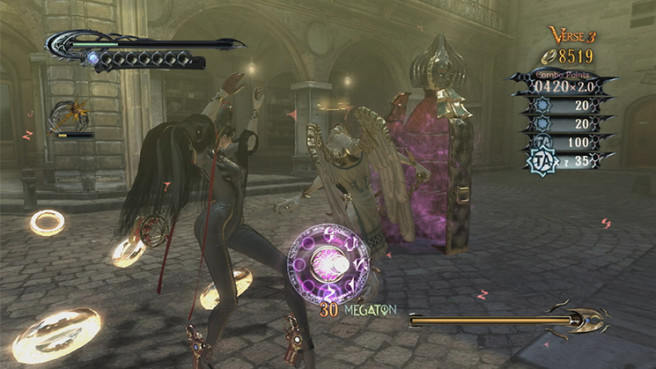 Famitsu’s interview also talks about how Kamiya was noted to have a really harsh directing style, to the point that at the time Bayonett’s development finished, the company’s atmosphere was so tense and many employees including main programmer Kenji Saito said they didn’t want to work with him again. It’s not just Kamiya though, as later on most of the directors in Platinum would be saying the same thing.

“As a director, I always told the staff [to implement things] ‘because they’re interesting!’, even if they could be severe demands,” Kamiya said in Famitsu.

Yusuke Hashimoto also chimed in with the following statement, prompting everyone to laugh during the interview: “After a while later, I understand how Kamiya feels. When Bayonetta 2 was finished, there were many people who don’t want to work with me either.”

At a later part of the interview, Atsushi Inaba said Platinum has been seeing a lot of talks for collaborations.

Eiro Shirahama added that the IP holders leave the action gameplay parts to Platinum, so they are given much freedom in developing these types of games. Tatsuya Minami believes that’s because they acknowledge the studio’s developing power, so he’s personally glad. While the original plan was to focus on making original IP, Platinum has recently received many offers to make collaboration games, so they take on some of these offers as well. In fact, some of these still haven’t been announced at this time.