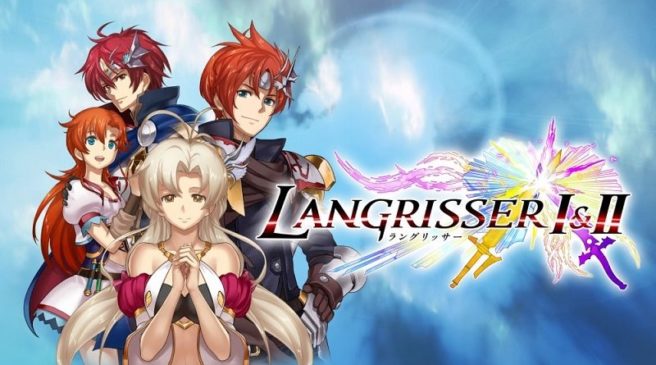 A little while back, we had the pleasure of sitting down with some prominent figures behind the Langrisser I & II remasters for Switch. We discussed revisiting the series, the difficulties of the system’s card sizes, the future of the Langrisser universe and remaking other titles.

We spoke with game director Takayuki Akiho, Koichi Kondo (from Chara-Ani), and the legendary artist, Satoshi Urushihara, known for his work on the original Langrisser series, the Growlanswer series and much more.

To celebrate the upcoming western release, we’ve prepared our full interview below.

Why did you decide to remaster these games?

Akiho: I personally am an SRPG fan. I enjoy playing them and I like them. Generally speaking Chara-Ani, as a company, we do license out business to other companies and have them make and remake games. However, this time, we worked with the original licensor which is Extreme. We talked to them and they said, ‘We have this series Langrisser. Why don’t you work with this?’ So I went and I played it and thought, ‘Oh wow, this is really cool.’ It reminded me a lot of Fire Emblem. And I thought, really, just to put it out there. This will sell. I thought it would be a good one to work with. Through that, obviously these games have been remade before in the past actually. This isn’t the first time they’ve been remade, but I thought this was a good opportunity to try something new with it, so we did it. And that’s why we did it.

The original Langrisser titles are known for their distinctive artwork by Satoshi Urushihara. However, an entirely new art style has been adopted for these remasters. Why did you decide to completely redesign the game’s artwork? What has been the main goal behind the new visuals?

Akiho: Obviously Urushihara’s art is incredibly important and representative of the series, and we kept it as – for people who played the games previously and maybe wanted to pick up this remaster and play it as well. But by the same token, we didn’t want to only target the older fans of the game. We wanted to bring it to a new audience as well, and in doing that, we thought that it would be good to have new art that might be a little bit more – maybe modern, a new taste for people, younger people who might want to try the game too. And that idea of kind of refreshing it extends not only to the art, but also to the gameplay and systems as well, so if you have a chance to play, you’ll notice that not only the art is updated, but also the graphics. And then some of the system areas, as well.

Thinking about the art, we thought something that would be popular would be light novel art, if you’re familiar with that. So we thought about various different people that we could reach out to, and the one who gave us the best response was Mr. Ryo Nagi, and so we ended up using his art for this. Again, not only the art, but game systems as well. But within the newness, we’ve made sure to leave the old version as well, so people can enjoy both and hopefully appeal to both sides of that coin.

Langrisser I and II have been available for quite some time in Japan. Have the games been updated in the west that implement feedback following the Japanese release?

Kondo: So actually, there is something new – this will be coming out in Japan as well, not only in the west. But we’ve added a mode where once you’ve cleared the game once, you’re able to play it again on a higher difficulty, and it’s an endlessly higher difficulty that will keep on scaling as many times as you want to keep playing and beating it.

Akiho: In Japan, the original art was actually available as special additional contents for the limited version of the game. In our western release, we’re actually having that in from the get-go, so all of that will be available for users from the very beginning.

This will be the first time that Langrisser II has been officially released in English. What was it like to translate the game after all these years? Has localization led to any changes in the game’s plot, dialogue, or gameplay?

NISA Representative: Yes, as you said this is the first time it’s coming out in English. Essentially, we didn’t really worry about too much. The cool thing about the Langrisser universe is that all of the games are linked. There’s actually three games that came before it that came out for old Japanese PCs that are the very foundation for the series and everything. So in terms of that, a lot of the leanings were already set, so we had to make sure those names were consistent, but in the localization itself, because we’re actually retranslating 1, we kind of had kart blanche to do what we wanted to in terms of updating the language and doing what we wanted, so no big issues there. I didn’t personally localize it, but it was great, as a company, to be able to work on it and finally bring these out to the western fans.

This is the first major Langrisser release on console in well over a decade. Is there any interest in creating an all-new Langrisser title?

Akiho: Chara-Ani isn’t the license holder and original creator of the game. There’s a company called Extreme that exists. And so it’s not only within our power to choose what to make next or to continue the series or anything like that. However, my opinion is rather than to make a Langrisser VI, would be to go back to the origins of the series – the three games that came out in the Elthlead series, and kind of make an episode 0.

One of the reasons we don’t want to make anything new is because Langrisser V ends the story pretty clearly. It would be kind of a stretch to go on and make a VI, but 0 would be a really cool thing to revisit particularly because those games were really for the Japanese hobbyist PCs. Obviously going forward maybe we could think about doing Langrisser III, as well.

Along those same lines, do you have any interest in re-releasing any previous entries in the series?

Kondo: We would love to consider it going forward.

How has it been developing for Switch? Have you encountered any issues compared to other platforms?

Kondo: So honestly speaking, the only hurdles that were there were in terms of memory. Switch has limited memory.

Akiho: Because we had planned from the very beginning to develop both simultaneously, it didn’t turn out to be too big of a difficulty. If we would have started with PS4 and then maybe tried to port it, that would have been a different story. But because [we planned to develop for both systems] it was okay.

Kondo: Because the game was made in Unity, there wasn’t really a big problem since it’s a universal tool. The only thing we did have to consider which wasn’t directly related to the programming aspect, was the size of the game. Nintendo Switch cards have different sizes that they contain. You probably also know then that the cost changes for the developers on each one, so we’re all very concerned about making sure the game fits on certain sizes.

Do you have any words for Nintendo players who might be jumping into the series for the first time?

Akiho: Both modes are perfectly fine when: you’re at home and you want to relax and play, please do so; if you’re out on the go and you want to pick up and play, please do so. One thing I’d like people to pay special attention to would be Langrisser II, particularly. It’s the type of game where the player’s personality really comes out when they play. Langrisser II is a bigger version of Langrisser I. Obviously the story is different, but there are lots of ways you can build your characters and form your party and things like that. So definitely everybody’s party will be a little bit different, so please enjoy that.

If I may ask, what kind of personality comes out when they play II?

Akiho: There are multiple endings for the game, so my personality being a little bit twisted, I like to do the destruction route or the evil route, where your main character kind of betrays everyone he knows and loves. I don’t necessarily recommend that for everybody for their first play-through—do the orthodox play-through, get the good ending, and then maybe go a little crazy with your second play-through.

Kondo: I go for the most orthodox of playstyles: true ending, none of the characters die.