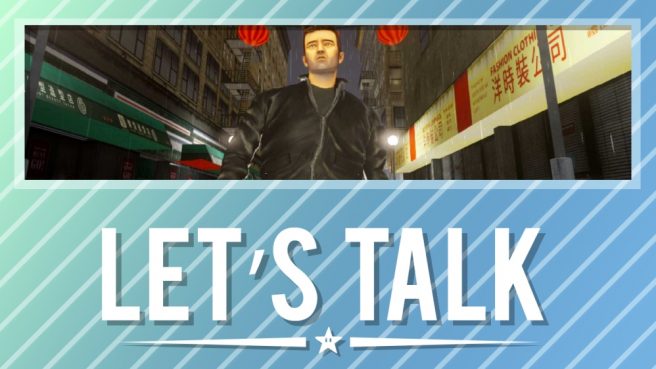 Rockstar Games worked with Grove Street Games on the remasters. They have new graphics, some updated gameplay, and even some Switch features like touch screen usage and gyro aiming.

For those that have picked up Grand Theft Auto: The Trilogy – The Definitive Edition, what are your impressions thus far? Which one of the games is your favorite? Let us know in the comments below.

Highlights from last week’s topic: What are you playing? – November 2021

I played the crap out of The Riftbreaker recently. Also playing Metallic Child.

A lot of Animal Crossing, the series never really struck it with me before, but I restarted my island before the dlc announcement and then it just clicked with me, been enjoying even since. I’ve yet to get the dlc and The Roost will be there tomorrow, looking forward to it.

Other than that, I’ve just gotten The Good Life and Strange Brigade and started playing No More Heroes 3.

Just picked up Spiritfarer, so decided to get into it over the weekend. Been a splendid experience so far.

Outside that, will revisit Animal Crossing and its new update, as I have a soft spot for gyroids.