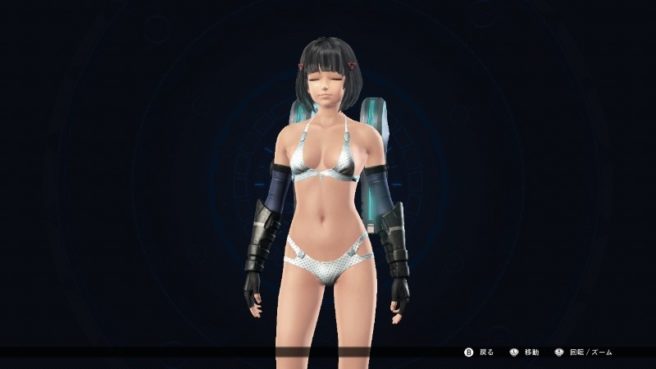 Find comments from Kotaku’s article below. You can read the full thing here.

Takahashi on changes made to Xenoblade Chronicles X in the west…

“In terms of Xenoblade Chronicles X, there’s been a few different changes that were made to the game, but my personality is such that I’m not a stickler for products that I’ve already made, so I don’t really mind what the final product turns out to be in that sense. I really didn’t mind much at all, actually.”

“As a developer, I do feel like it’d be ideal to be able to adjust the content so that it’s culturally acceptable, whether it’s in the US or in the EU. For example, there was a discussion about the breast slider. Jokingly, I said, ‘Well would it help if we had a crotch slider for the male?’ Obviously it was a joke, but they responded obviously it’s not gonna work out. I do realize there’s a cultural difference between what Japanese people think and what the rest of the world thinks.”

“I think what’s important is that we make sure that the end user who actually plays the game doesn’t have a bad experience. If that change is going to help alleviate that, then I think we should definitely make it.”

“When we have costumes or clothes that we have a little concern with, we share it with NoE and NoA and they’ll say, ‘No, no, that’s fine’ or ‘You’re right, that’s an issue.’ If it is an issue, we’ll go back and say we’ll say, ‘We adjusted it this way, what do you think?’ There’s a lot of back and forth in that sense. Rather than compromise, it’s like we’re all aiming for the same goal, of being able to provide a good experience for everybody in all regions. And we’re aiming to have a game that has very little difference between the regions.” – Yokota

“The creators are always involved in anything that happens in the localization process. In terms of what gets localized, there’s a simple collection of words that we use to define how we think about this: It’s ‘cultural relevance’ and ‘understanding of the ratings and ratings implications.’

– As an example, that a character’s age might be changed to avoid an M rating in a game
– A more severe rating could make the game harder for Nintendo to sell, “which clearly is not in the best interest of the developers or the business for that to happen”
– Nintendo of America’s Treehouse localizers travel to Japan about “every two months” to work with Japanese developers whose work is being brought to America

“It’s during those meetings that they discuss the localization process, what’s being evaluated. I am extremely comfortable with the process. And again if you look at our executives that are involved, Nate Bihldorff and members of this team, they have deep relationships with the developers and everything is being done with the best intentions of the content showing itself the best way it can.” – Reggie

“We’re really building [the game] as we’re in discussion. Whereas for the past title, the Japanese version had already been pretty much close to completion when this [localization] discussion started.” – Yokota

“For past titles, because the Japanese version was done, our challenge was then to figure out what it is we need to do to make sure this game is made available in overseas, as well as, we’re able to sell this product. In that sense, I was open to making any changes that were necessary to make sure everybody can enjoy this game.” – Yokota