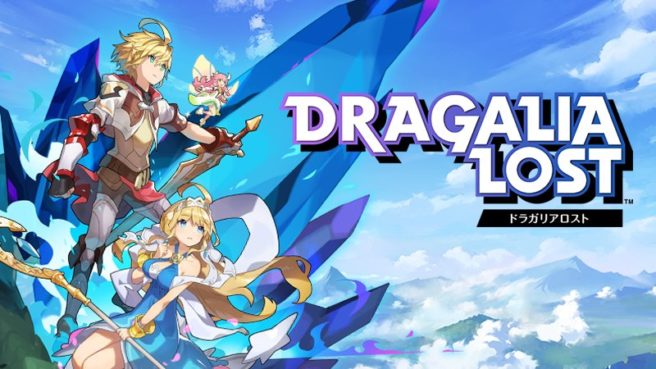 Back in April, Nintendo announced a surprise partnership with Cygames on a new mobile game called Dragalia Lost. Recently, Japanese magazine Famitsu spoke with a couple of the developers working on the project. Nintendo’s Hideki Konno and Cygames’ Hiroki Matsuura participated in the discussion.

We now have a translation of the interview. Continue on below to read it in full.

A Strong Trust Born of Similarity

Dragalia Lost is the first time that Nintendo and Cygames have worked together. What were your respective impressions?

Konno: I think if you look at the way that Nintendo and Cygames approach making games, we are very similar. As one focuses on home consoles and the other on mobile games, at first glance they might seem different, but we share the same thorough attention to detail.

Matsuura: Thank you. To be recognized by the company that is driving the gaming market forward makes me very happy. I originally worked at the Nintendo subsidiary, ‘Brownie Brown’ (now 1-Up Studios), and it’s a great, nostalgic feeling to be working with Nintendo again.

It seems almost fated. Mr Matsuura, what kind of impression do you have of Nintendo?

Matsuura: Nintendo is a company that is always trying to put players’ enjoyment first. At our company too, when thinking about the content of a game, we are always of that same mindset. In always putting enjoyment first, I also think my company and Nintendo are very similar.

So, do you think this is the reason that the development is progressing so well?

Konno: Exactly because we are trying to make the best possible game, there are times when we clash, but these exchanges are always friendly and productive. I’m grateful for Cygames for taking on board our opinions, but also for throwing us a few curve balls every now and again. And even though we do have differences of opinion, our goal is always the same, which means we can quickly find resolutions.

Matsuura: That’s true. Even when we are tossing ideas back and forth, our minds are always on the enjoyment of the player.

As this is your first joint venture, so I imagine it has been a learning experience.

Konno: I’ve definitely learned a lot about managing this type of project. At Nintendo we have a long history of making online games, but on this project I truly realized the difference between those and mobile games, where the user is continually connected. I think for us moving forward, it’s important to provide a service with both home consoles and mobile gaming in mind.

Matsuura: Because the people at Nintendo have such a long history of making action games, they were able to give me a lot of advice. It was like getting access to some secret recipe. I think only Nintendo could have resolved my problems so quickly.

So it seems you built up a pretty good partnership. How were things from development point of view?

Matsuura: Obviously we had a lot of meetings online, but we were also travelling to and from Tokyo and Kyoto to have private meetings too. Before the official release, the game was being kept completely secret. Between Nintendo and our company, there were many in management who were surprised at our collaboration, but I think the people most surprised were those that had no idea it was happening. (Laughs)

The Product of a Long Fascination and Hard Effort

What’s the thinking behind the name ‘Dragalia Lost’?

Matsuura: Well it’s a name we created ourselves. We decided on a combination of Dragon, Regalia (which has the meaning of a king’s reign) and then lost. It’s a title that may people will understand worldwide and be drawn towards. And we also wanted a name that would be easy to recall, so all of those things contributed to our decision.

So it seems that dragon, regalia, and lost are clues to the story.

Matsuura: Dragon is key to both the story and the gameplay.

Konno: I’ve been connected with the Mario Kart series for a long time, but the truth is that I really like dragons. (Laughs) The first time I was introduced to the project, I thought basing the game on them was a great idea. True, I personally like dragons, but there are also lots of dragon fans all over the world.

So you decided from the start to make dragons the focus of the story and the gameplay?

Matsuura: Even though a long time has passed since we started developing the game, that concept has never changed. From the very start we were busy working on the movement of the dragons, getting advice from Nintendo along the way, to make them as interesting as possible. We only just about made it in time, but now players skilled at action games can, for example, cancel their combos mid-way or build them up even higher, meaning they can enjoy a much more technical experience. Aside from that, we’ve provided some pretty tough bosses, the moves of whom players will have to study before counterattacking with their own strategies.

Konno:  Of course players can play on their own, but there is also the option of four-player multiplayer. It’s a prerequisite in my opinion for a game to do well globally to have a multiplayer component. So that’s something we are working on implementing now.

Can you play the multiplayer at any time?

Matsuura: Yes, Dragalia Lost is the type of game where you use stamina to go on quests. If four heroes form a group, they can take on any quest together. Coincidentally, in Dragalia Lost, whether you are playing alone or with friends, the difficulty of the enemy does not change. Because the AI of the enemies is very sophisticated, we decided that it wasn’t necessary to drastically change the difficulty. Of course, because of this, playing with others makes the game much easier, so we’d like players to gather their friends or family and play the game together.

In Dragalia Lost it was announced that there would be over sixty different characters making an appearance. Are the abilities of the characters different?

Matsuura: The characters all have either different weapons, speciality attacks or recuperative abilities. If players put together a team while thinking about balancing those abilities, it will make the battles easier.

Konno: There is also a contract between the character and their dragon. The contract is specific to the main character – the prince – but because of that borrowed power, all of his allies also have the ability to transform into dragons.

Matsuura: For example, if a character who specializes in attack signs a contract with an attack-based dragon, then their speciality will increase. But if they instead sign a contract with a recovery-type dragon, they will be able to recover health when they need to. Not just having a large amount of characters but also dragons has definitely created a lot of work, and it kept us honest. (Wry smile) But when we asked Watanabe (Watanabe Kouichi – chair head, Cygames) if it was OK to have so many characters, he immediately responded, “It’s fine!” We all felt that it was worth our time.

As the story progresses, can you make contracts with new dragons?

Matsuura: We’re thinking of allowing players to do that, and also thinking of creating a new system for making contracts. We would also like have an ending that is different depending on whether it is the first or second time the player has reached it.

There seems to be plenty of story available.

Matsuura: Aside from the main story, there are also side quests and character specific scenarios. In terms of dialogue, we’re talking over 600,000 characters. We’re also planning monthly occurring events that should add another 100,000 characters each. I’m afraid we had to leave all the translating up to Nintendo though, which I feel bad about…

Konno: Out of the all of the Nintendo titles, the number of characters in Dragalia is particularly large, but we are making arrangements now to translate the game for both American and European markets.

Matsuura: It’s possible to skip the story sequences, but the majority of them are accompanied by voice acting, so I’d like players to watch them. There is also plenty of dialogue during the battles themselves.

The sound in this game definitely leaves an impression.

Matsuura: The main theme was performed by DAOKO and aside from that there is a lot of brand-new music, unique to this game, so I think the players will enjoy it.

Well, I think they are looking forward to getting their hands on the game.

Matsuura: We’re developing with an eye to releasing the game in the summer, but both Nintendo and Cygames are working hard to bring the game out as soon as possible. Even for the first preview we worked hard to meet Mr. Watanabe’s hopes for the design and commitment to details. This focus on the finer points is going to allow us to create a great game that will exceed expectations. I hope players are looking forward to it.

Konno: I don’t want to sing our own praises too much, but I think because this is such a fun game, there will be many people out there who will enjoy playing it, which is great.