Nintendo on the possibility of a demo for Smash Bros. Ultimate and DLC 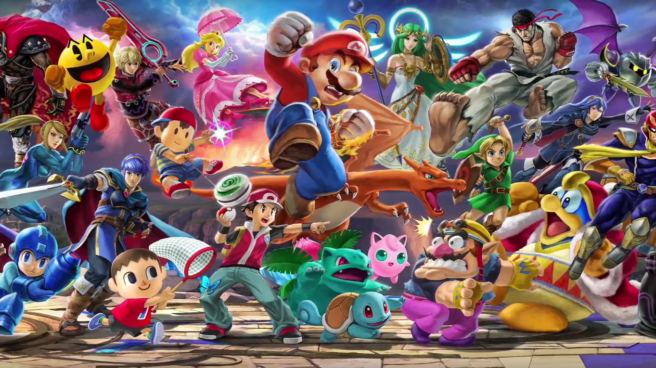 At Comic-Con yesterday, IGN spoke with Nintendo’s Bill Trinen about Super Smash Bros. Ultimate. The two sides spoke about a number of topics, including the possibility of a demo down the road and DLC.

When asked if we could see a demo similar to the likes of ARMS Global Testpunch or Mario Tennis Aces, Trinen stated:

“Very good question. Right now they’re focused very much on getting the game ready. We have a few other things to talk about down the road between now and when it launches in December. We’ll hopefully have some news on that as we get closer to launch.”

“Obviously that was a big part of the Wii U game, but part of Mr. Sakurai’s approach is really focusing on getting the game done, and then once he has the game done, he’ll start to make some decisions about what he want to do. …with other characters or DLC, things like that. Whether or not he decides to do DLC again, or whether or not he decides this is the ultimate edition and there’s nothing more I can fit in there. We’ll have to see as we get closer to launch.”